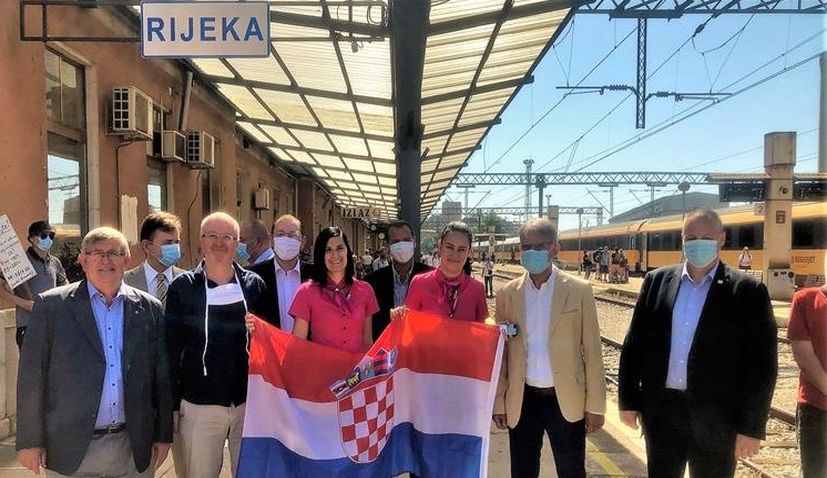 ZAGREB, July 1 (Hina) – The first 520 visitors from Prague arrived in the northern Adriatic port city of Rijeka aboard a new railway line on Wednesday, thus symbolically marking the return of Czech and Slovak tourists to Croatia.

The new line, connecting Prague, Brno, Bratislava, Ljubljana and Rijeka, will operate every day until the end of August, and it has been announced that it will also operate next year.

Interest in vacationing in the Adriatic is big because more than 30,000 tickets have been sold in the first two weeks.

The new line connecting Central European countries with the Adriatic was introduced by the Czech company RegioJet, in cooperation with the Croatian Embassy in the Czech Republic and the Croatian Tourist Board (HTZ) office in Prague.

The guests were welcomed in the Hilton Rijeka Costabella Beach Resort and Spa hotel, which is under construction and is one of the biggest Czech investments in Croatia.

This was done to prevent larger gatherings at the city’s railway station due to epidemiological measures in force and recommendations in connection with the coronavirus pandemic.

Welcoming the guests, Tourism Minister Gari Cappelli said that interest in Croatia was also evidenced by investments such as the one by the Czech investor in the Hilton hotel worth €80 million, which, he said, would raise the quality of tourism services in the area of Kvarner.

HTZ head Kristjan Stanicic said this was the first bigger organised arrival of foreign tourists in Croatia, that the Czech Republic was one of Croatia’s most important markets and that Croatia was very well prepared for the reception of a larger number of tourists.

He said that RegioJet had announced that it would bring more than 30,000 tourists to Croatia this summer. 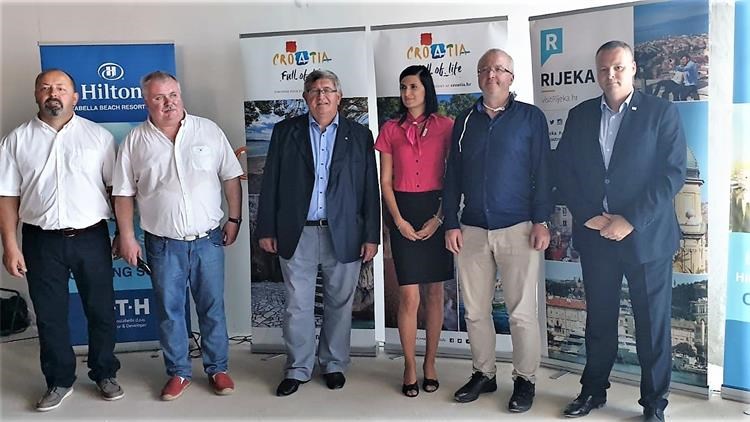 Asked about a possible countereffect, since Europe has not opened its borders to Bosnia and Herzegovina, Stanicic said that in the first six months of this year close to 1.7 million tourists had visited Croatia and that there had not been any case of a foreign tourist contracting COVID-19 in Croatia, which, he said, was proof that Croatia was well-prepared.

Stanicic said that developments in the coming weeks and months would be closely monitored.