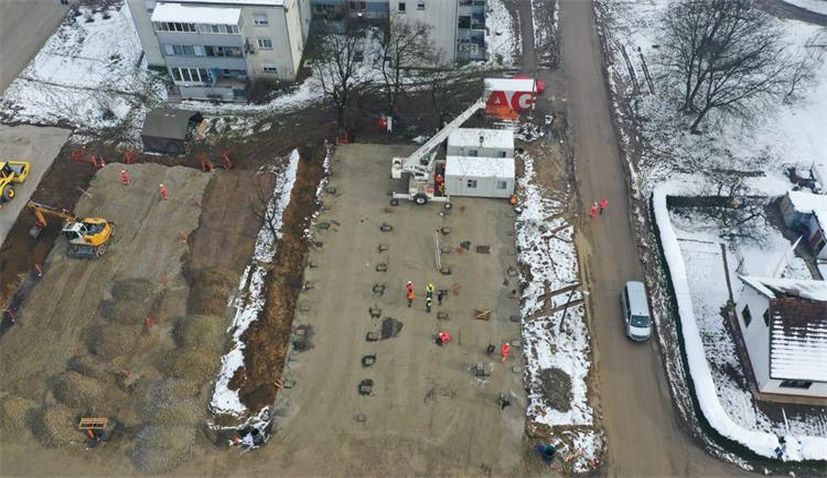 ZAGREB, 13 February (Hina) – People started moving into a settlement of 80 housing containers in Petrinja on Saturday after the head of the task force dealing with the aftermath of the 29 December earthquake, Tomo Medved, symbolically gave Mayor Darinko Dumbović the settlement for use.

Twenty-three containers are fully equipped and people started moving in this weekend in line with priority lists. Works are under way to provide the settlement with all the necessary contents.

Speaking to the press, Medved said 23 containers were Croatian, 56 were donated by Turkey and one by Caritas. “The Turkish containers are also connected to electricity and water, and in the days ahead we will equip all with beds.”

Besides the housing containers, six others have been set up to serve as a dining room, laundry room and for other services.

Medved said about 1,400 containers had been set up in the entire area affected by the magnitude 6.2 earthquake and that housing container settlements were especially important in Petrinja, which sustained the worst damage. “The city will continue to develop the settlement with our support.”

Container settlement soon to built in Glina too

Medved said preparations had begun to build a container settlement in Glina too, adding that another two would be built in Petrinja as well as two in Sisak and one in Majur municipality, all areas affected by the tremor.

He said that providing for the people who lost their homes at a time when aftershocks were still occurring was the task force’s priority, as was the reconstruction of buildings.

Petrinja Mayor Dumbović thanked Medved for the container settlement, saying the state had responded very quickly and done its best to help the people affected.

He said the move into the housing containers “is a step towards normalising life and returning to the centre of the city later on. We will certainly achieve those goals.”

Medved said experts would visit the affected towns and villages in the next few days to thoroughly inspect damaged buildings in cooperation with local officials.

He said mobile offices would be set up to help people apply for the reconstruction of their homes.