Otok u plamenu, a new book written by Croatian author Miki Bratanić, who is a member of the Croatian writers association (Društvo hrvatskih kniževnika – DHK) has been introduced to the public this year though several promotions on the island of Hvar, as well as in Zagreb and Split.

Thanks to the recent discovery of preserved documentation from World War II, Bratanić introduces the public to one of the largest tragedies, and also humanitarian actions in the history of the Croatian island of Hvar, which was completely unknown to the wider public.

It was on 3.1.1943. when Italian fascists burned the villages of Vrbanj and Dol on the island of Hvar as revenge for assassinations carried out by Yugoslavian communist party members against an Italian city major and soldiers. This association and humanitarian work was supported by the Croatian government administration so was spread across the country. Many companies, cities and institutions was involved in helping the collection. Many private initiatives were included too with a large amount of money and other materials donated.

The stamp of the association (Image: Supplied)

Even the city of Vukovar donated to the island Hvar with financial help. Payment slips with the donations is preserved and published in the book.

After capitulation of Italy, the same year, German Nazi troops arrived to the island of Hvar. They captured many civilians and sent them to Slavonia, where they worked on farms. The village of Sućuraj was completely deported.  It was the second humanitarian disaster in a short period of time. Refugees form Hvar started to ask the same association in Zagreb to help them too with many letters as a requests for help. The youngest refugee, Beba Matijašević, was only two months old. Thanks to preserved documentation today we know about many unknown deported human destinies and how difficult the situation was. We know who was helping and how much, Bratanić says.

Unfortunately, Yugoslavian politics which was against the existence of any kind of Croatian state, made strong obstructions of this action and pronounced all active members of association “enemies of the nation”.

This is why this part of history with its tragedy and humanitarian action, was covered by silence for a long time, Bratanić adds. Almost eight decades later, the full and true story is told in this book, which includes all documentation with information about those challenging times.

“This book helps to understand better the complexity of war, the relation between Croatian and Yugoslavian interests, but above all it brings a story about one of the largest humanitarian actions of all time on the island of Hvar. This is not a local island story or even Croatian story, it is a world wide story, because good is a universal human value,” the author states, before adding.

“Croatia has a rich history and heritage to be proud of and which could be a strong driver for tourism evolution in the story telling aspect. Unfortunately, Croatian history, especially the last century, is still overloaded with Croatian-Yugoslavian relations, which is not presented to the public in with a proper historian objective. Even today, three decades after Croatian independence, the Croatian public is still under strong Yugoslavian propaganda remained strongly embedded in collective human memory. This is why such books are valuable to understand a past and to step forward to the future.”

This is fourth book with a history theme written by Miki Bratanić, after “Ruzarij za Hrvatski križni put”, “Korijeni” and “Priručnik za život u Hrvatskoj”.

Otok u plamenu has received many positive critics from eminent historians which prove that the author, who is not formal historian, did a great job. Good reviews written by prof. Tomislav Đonlić, prof. Joško Bracanović and dr. Mateo Bratanić can be found inside the book. 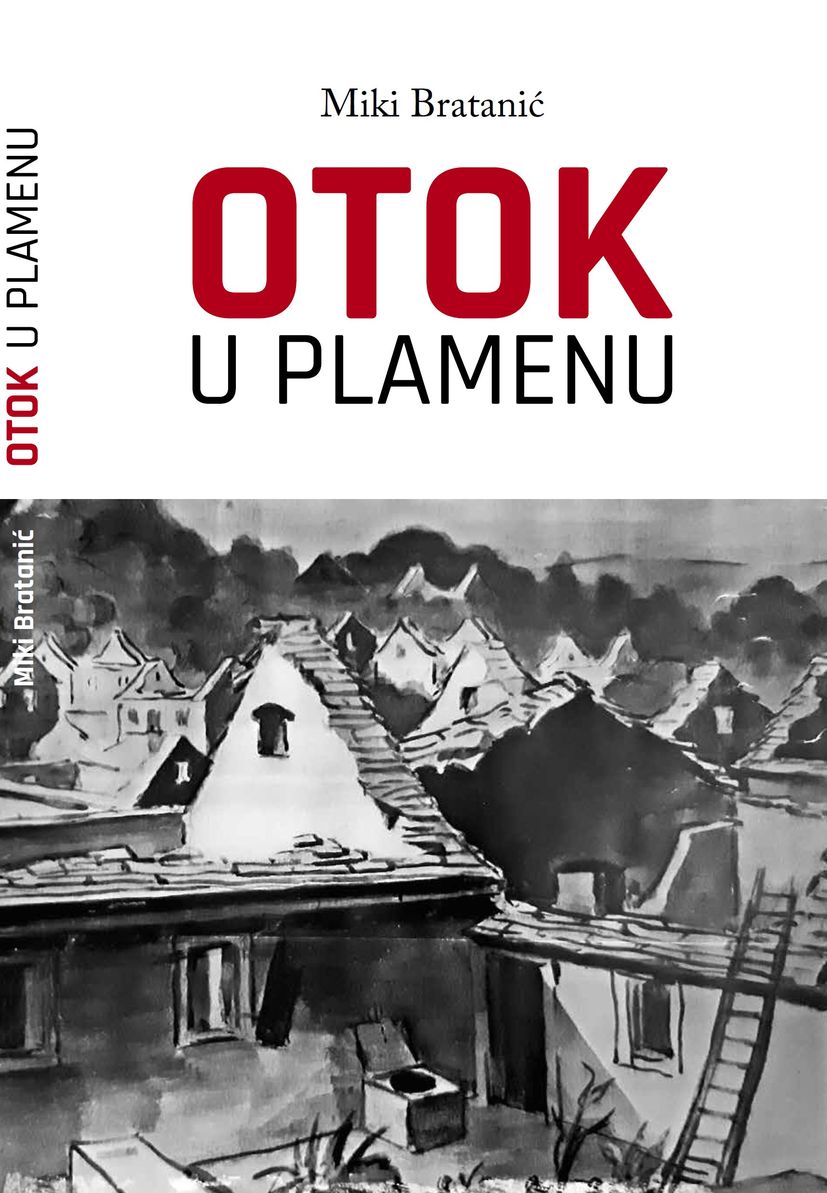 The book was printed with the help of all local authorities from the island of Hvar, Sućuraj, Jelsa, Stari Grad and Hvar, along with help of Split-Dalmatia County.

All books and other activities of author Miki Bratanić can be found on his website: www.mikibratanic.com