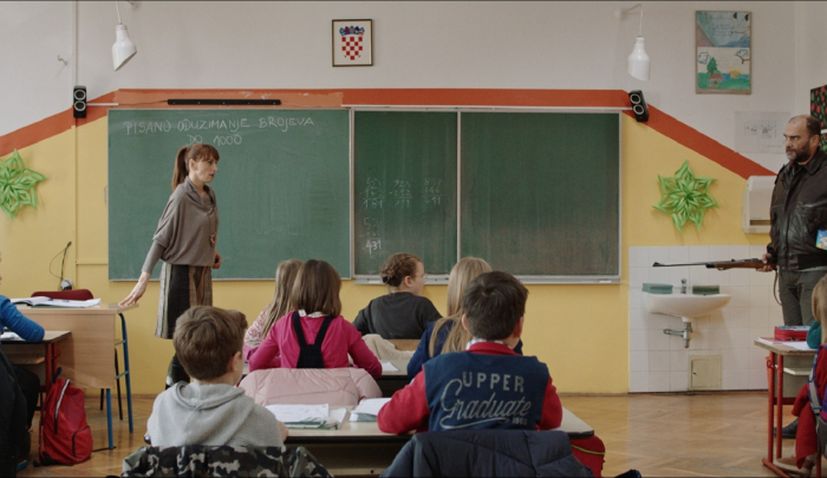 Extracurricular, directed by Ivan Goran-Vitez, has been selected among six titles as Croatia’s candidate, competing in the category of Best International Feature Film at the 93rd Academy of Motion Pictures Arts and Sciences Awards, the Croatian Audiovisual Centre (HAVC) said.

Every year, members of the Filmmakers Association of Croatia (HDFD) choose a feature film as the Croatian representative in the running for the Oscars in the category of International Feature Film, awarded by the American Academy of Motion Pictures Arts and Sciences.

In the second round of voting by a secret ballot, on Wednesday, 21st Oct, the Board comprised of 15 members of the Filmmakers Association of Croatia, decided by a majority vote that Interfilm production Extracurricular, directed by Ivan-Goran Vitez, would be the Croatian contender for Best International Feature at the 93rd edition of the Oscars, awarded by the Academy of Motion Pictures Arts and Sciences.

The film’s cast is headed up by Milivoj Beader, Marko Cindrić, Anita Matić Delić, Željko Königsknecht, Zlatko Burić, Janko Popović Volarić, Filip Eldan, Đorđe Kukuljica, Darko Janeš, Zlatan Zuhrić Zuhra and others. This is also the acting debut for Frida Jakšić and Franko Pavičić, appearing in the leading roles of two nine-year-olds. The film centres on a recently divorced father, who, furious because he cannot spend his daughter’s ninth birthday with her, burst into her classroom carrying a birthday present, a cake and a riffle. In addition to directing the film, Ivan-Goran Vitez also penned the screenplay. The Interfilm production is produced by Ivan Maloča and Maja Vukić, while the film also received the support of the Croatian Audiovisual Centre.

This year’s Croatian Oscar candidate was announced at a media conference held at the Cultural and Information Centre (KIC) in Zagreb, with the film’s director Ivan-Goran Vitez and producer Ivan Maloča attending, alongside Croatian Audiovisual Centre CEO Chris Marcich, president of the Board Goran Ribarić, and HDFD Secretary Sven Španić.

The Board of the Filmmakers Association of Croatia chose this year’s candidate among six submitted films, which were: The Diary of Diana B. (Dana Budisavljević, a Hulahop production), Extracurricular (Ivan-Goran Vitez, an Interfilm production), The Voice (Ognjen Sviličić, a Maxima Film production), Mater (Jure Pavlović, a Sekvenca production), Fishing and Fishermen’s Conversations (Milan Trenc, a Studio devet production) and Zagreb Equinox (Svebor Mihael Jelić, produced by CEFGI).