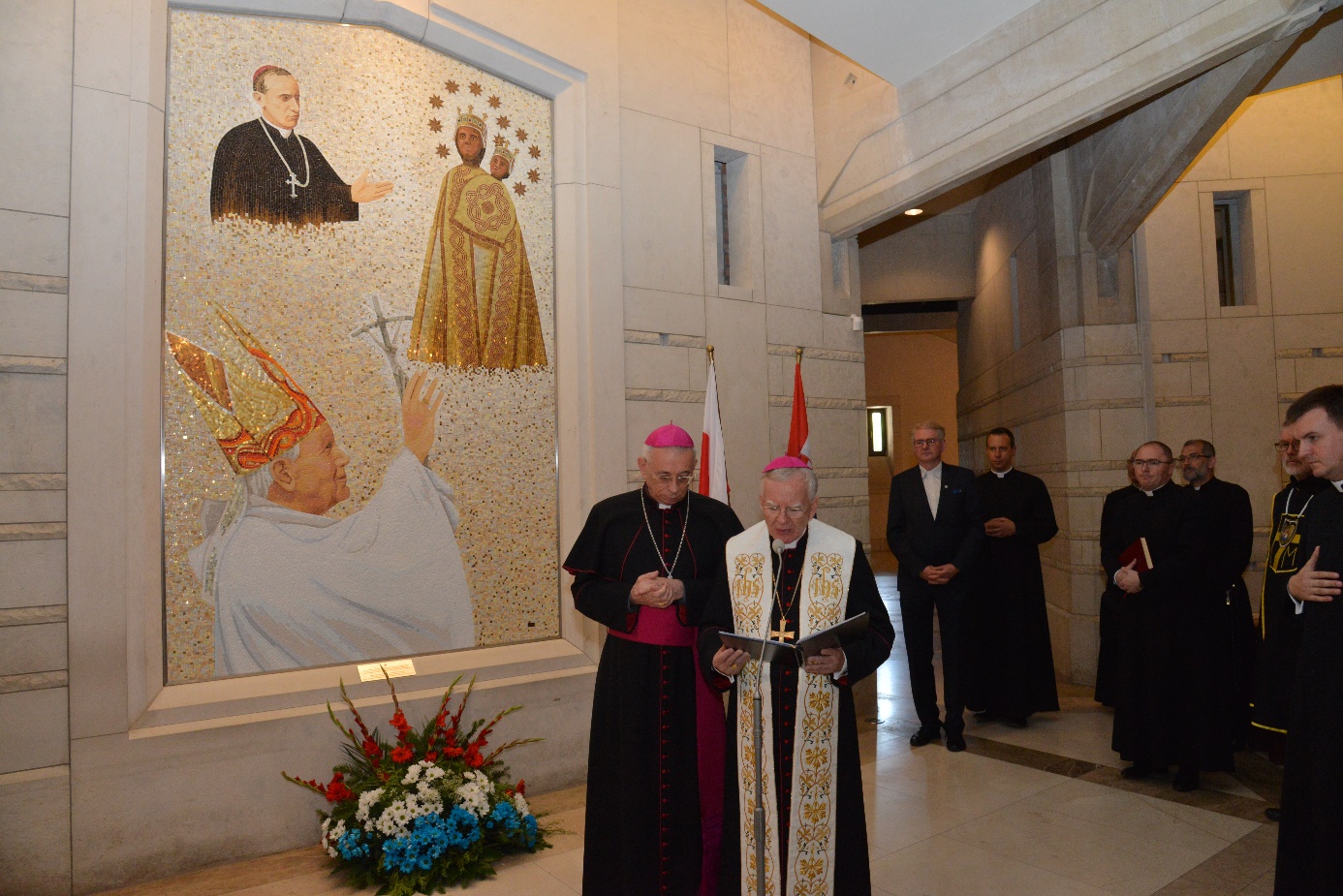 KRAKOW, 2 July 2019 – In the Sanctuary of John Paul II in Krakow, a painting called the Croatian Oratory was solemnly consecrated. It is a gilded mosaic showing the Mother of God with the Baby Jesus from the Sanctuary of Marija Bistrica in Croatia, alongside the figures of Cardinal Alojzije Stepinac and Pope John Paul II.

The Croatian Oratory is the only such mosaic showing the Mother of God with the Baby Jesus, John Paul II and another priest from another country, located in the Sanctuary of John Paul II in Krakow.

Also in Krakow, Croatian Statehood Day was celebrated recently. The Croatian Consulate in Krakow organized the official ceremony on Saturday, June 29. In the afternoon there was a ceremony of releasing 120 balloons in the colours of Croatia and Poland as a sign of friendship between both nations in the Main Market Square, in the heart of Krakow. Among the numerous citizens of Krakow, tourists and special guests, visitors could meet Goran Karan, who is a popular Croatian singer in Poland. 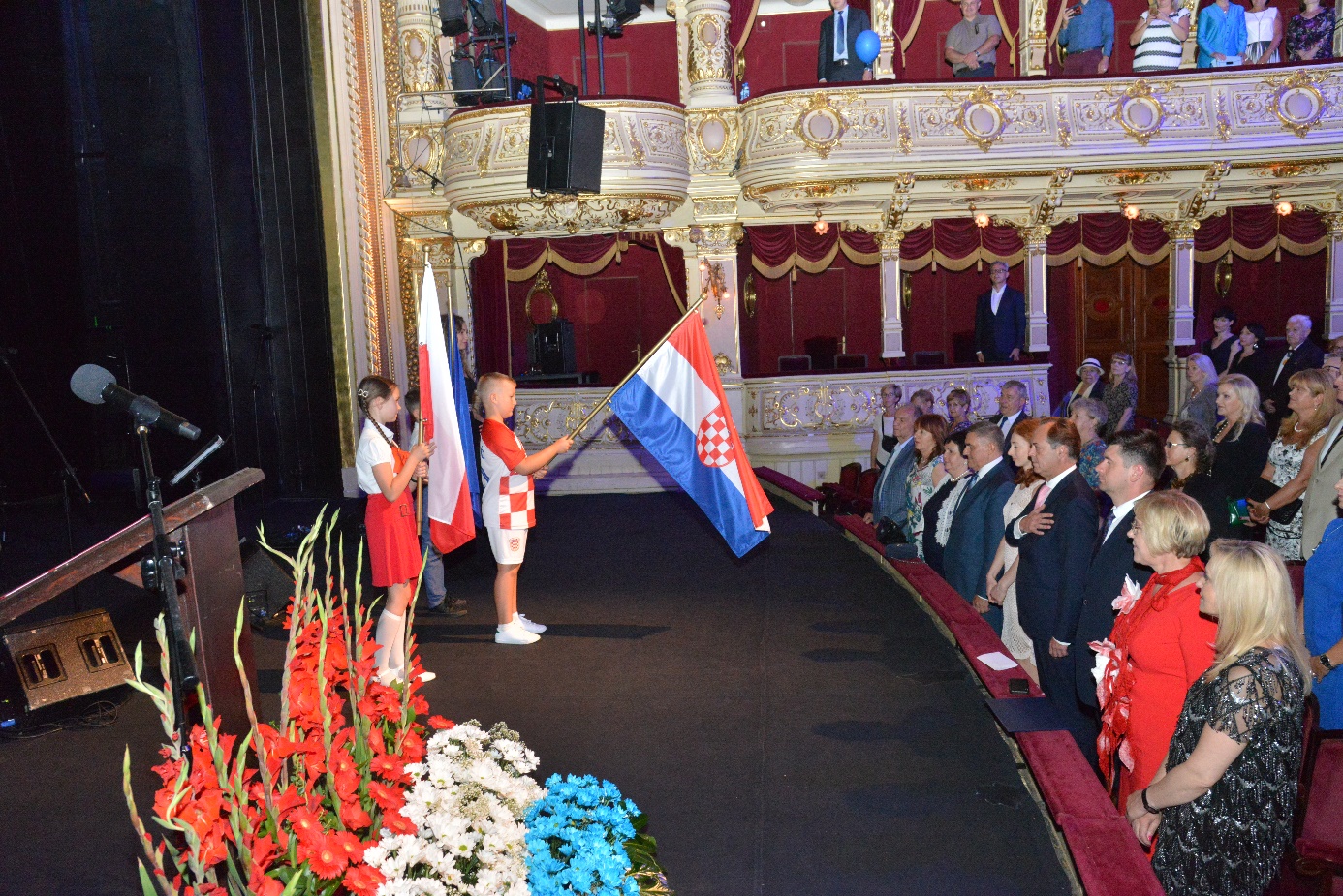 In the evening, at Juliusz Słowacki Theatre, a ceremonial Croatian-Polish Gala was organized by the Honorary Consul Pawel Wlodarczyk, attended by about 650 invited guests. After the official speeches, congratulations and decorations, a concert by Goran Karan and his band Vagabundo took place. 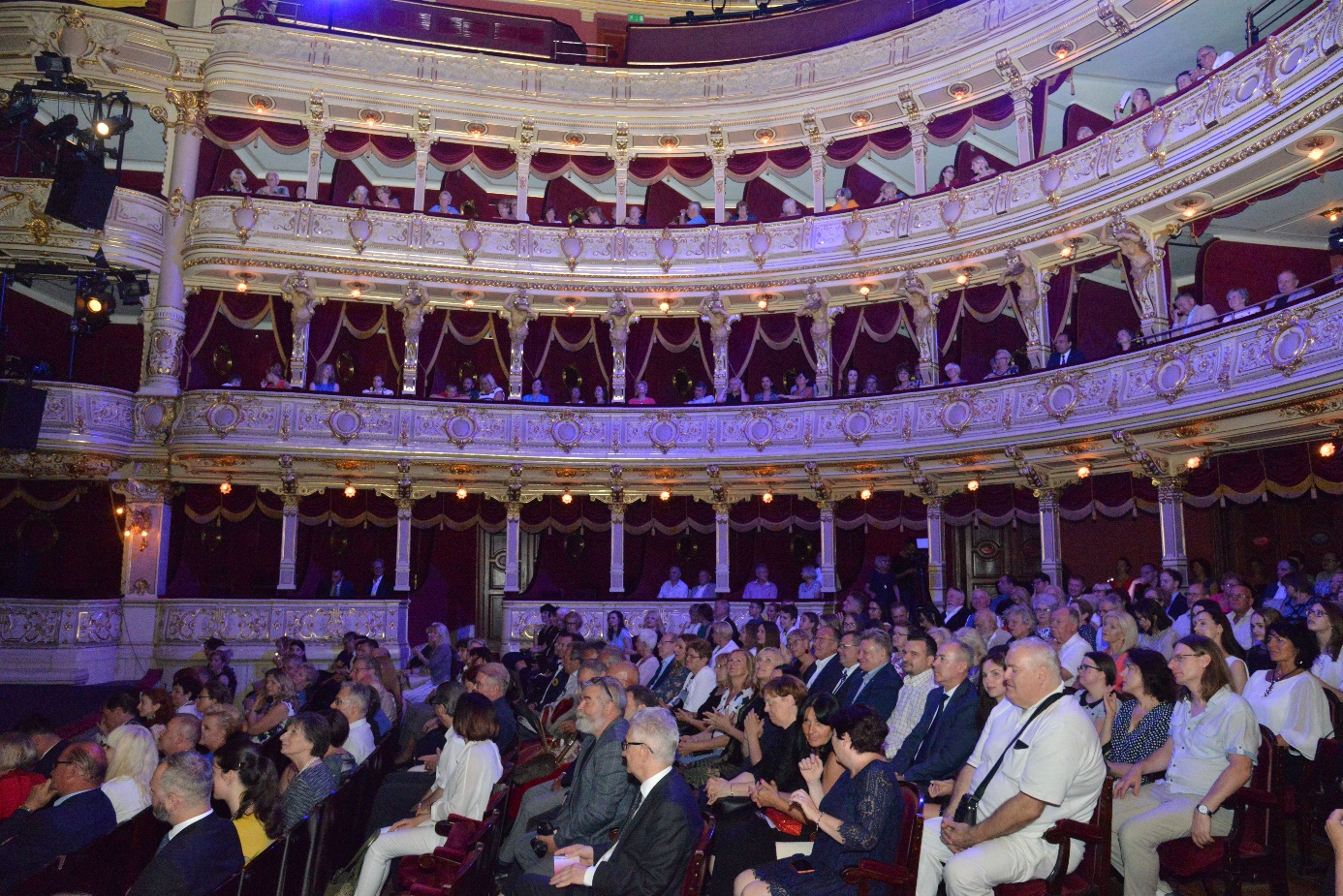 Slowacki Theater in Krakow, with similar architecture to the National Theatre in Zagreb, completely full 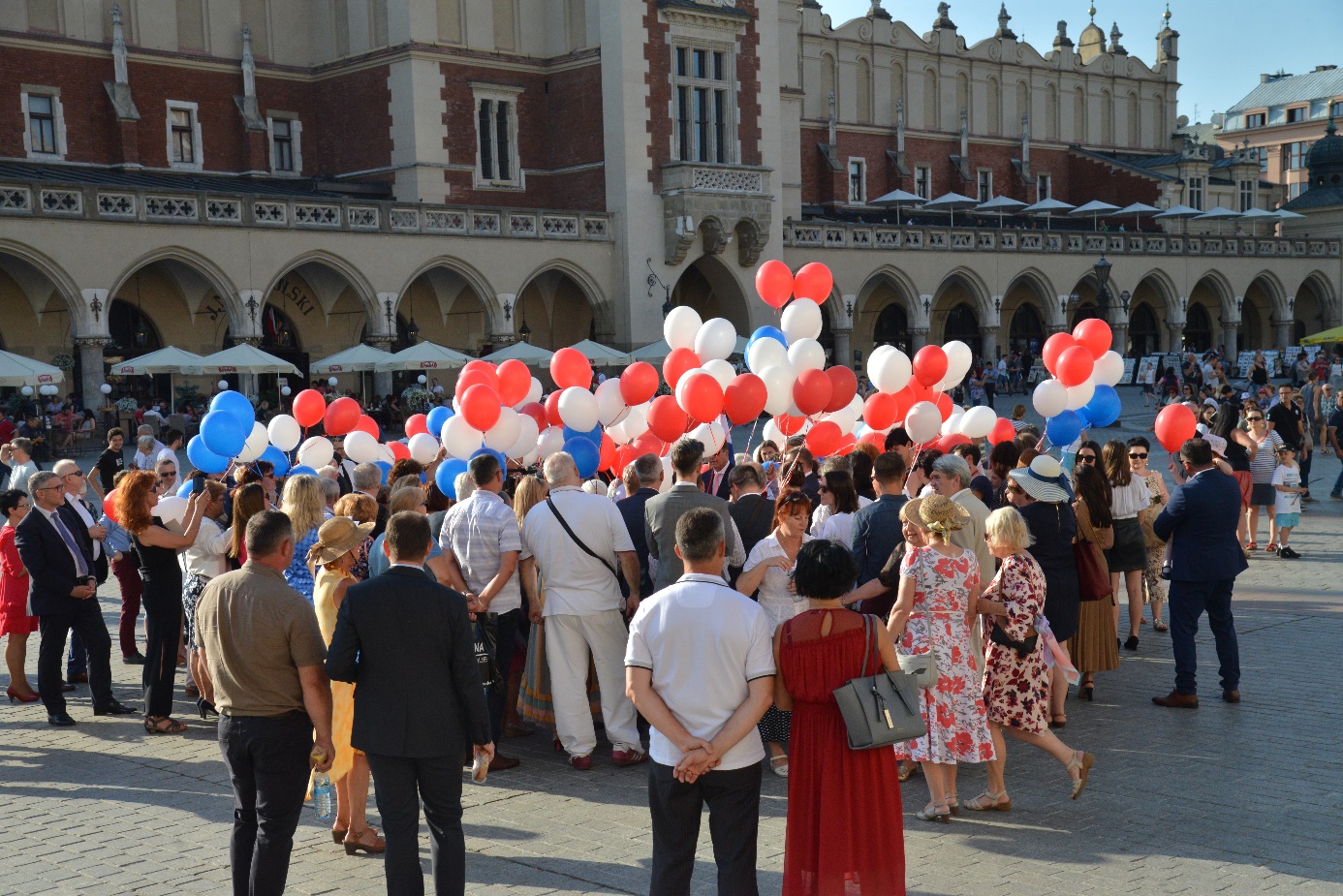 Among the guests of the gala, there was a 10-person delegation from Udruga Udovica Hrvatskih Branitelja and Domovinskog Rata, invited to Poland by the Honorary Consul, as a recognition for the effort and sacrifice made in their everyday difficult life. 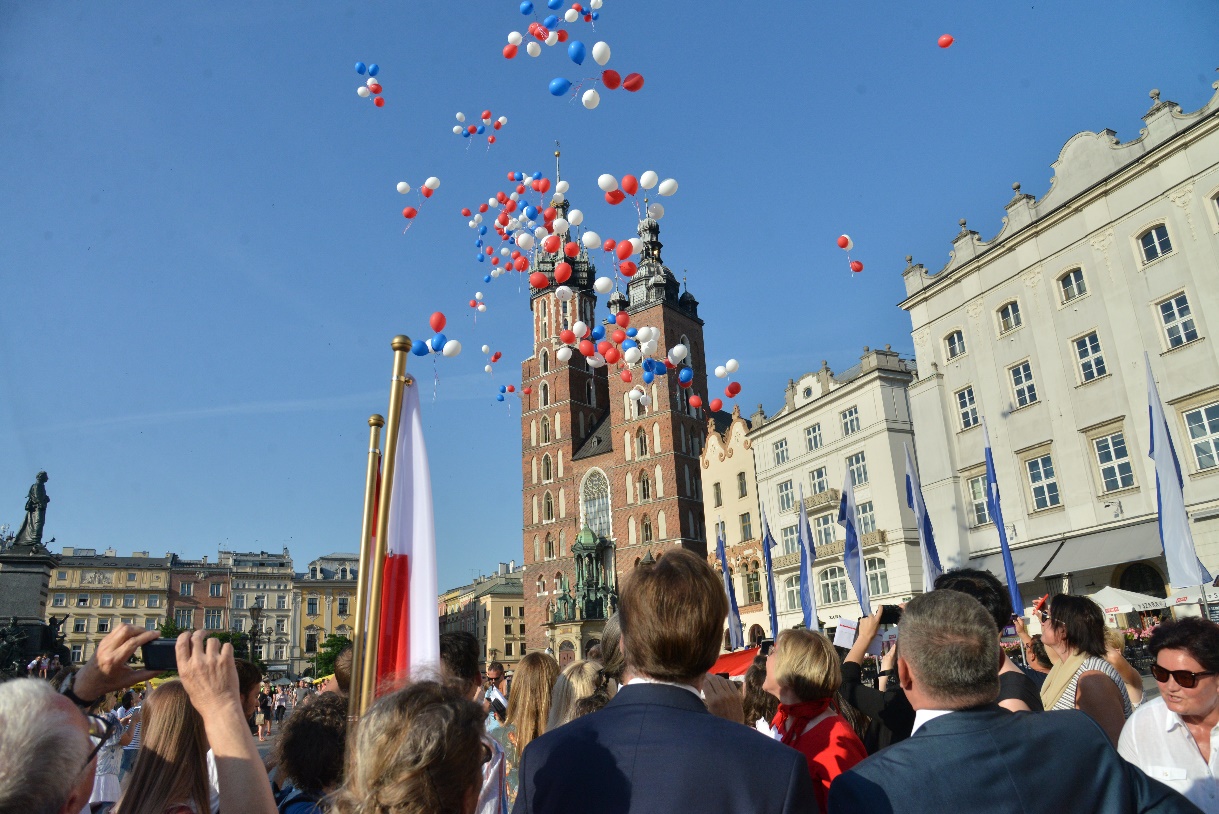 Balloons released in the air opposite St. Mary’s Church in Krakow

They had the opportunity to visit the places connected with Pope John Paul II in Krakow and the papal museum in his family house in Wadowice and taste delicious papal cream cakes. The group also visited the world-famous underground salt mine in Wieliczka.