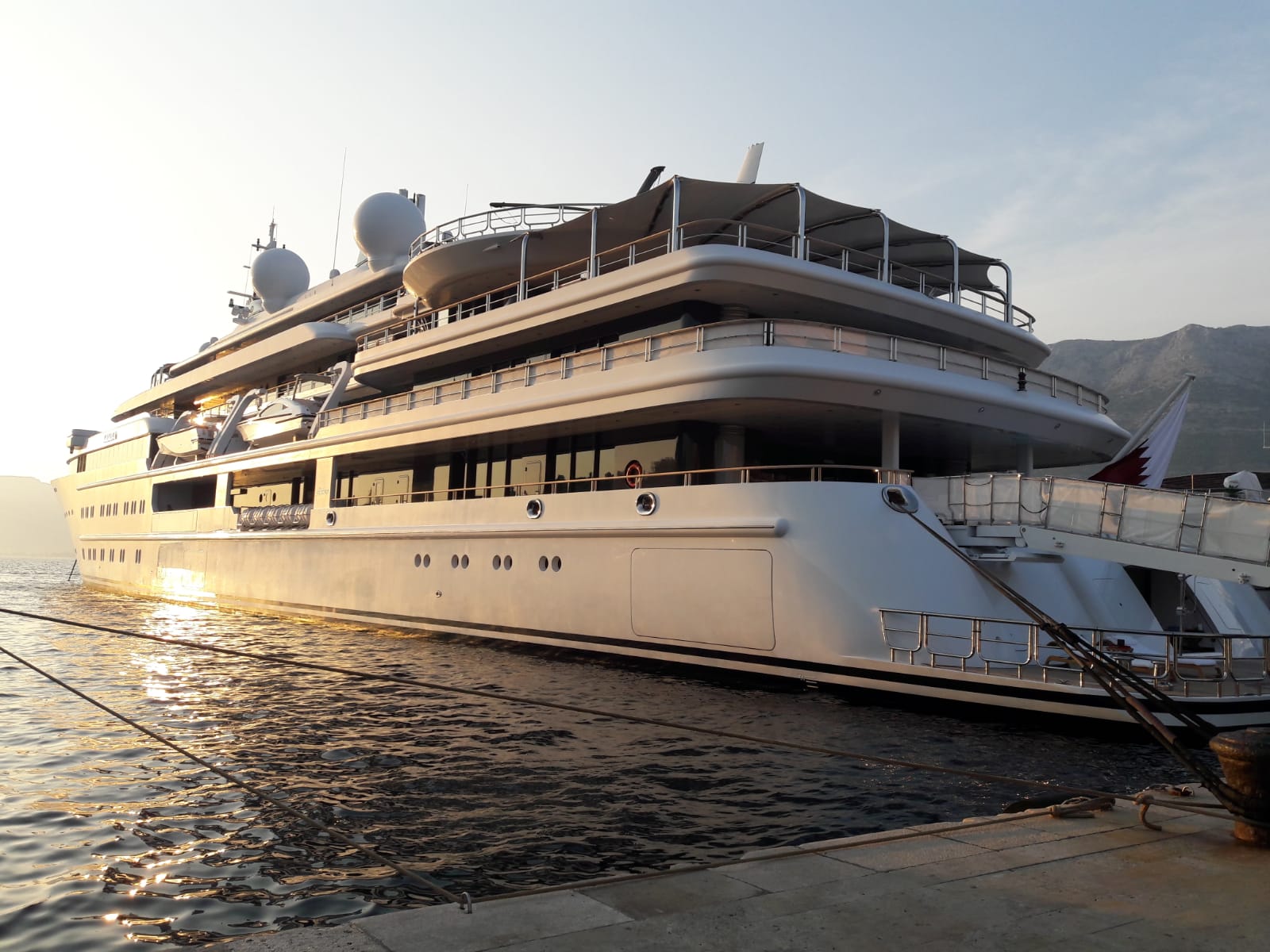 One of the world’s biggest superyachts has docked at the island of Korčula on Croatia’s southern Dalmatian coast.

The 408-foot Katara, owned by the former Emir of Qatar, has paid a visit to the island of Korčula again this weekend.

Valued at around 300 million USD, Katara was ranked as the 14th largest yacht in the world, but if it was measured by volume it would rank much higher. She has a gross tonnage of 7922t and can reach a max speed of 20 knots. 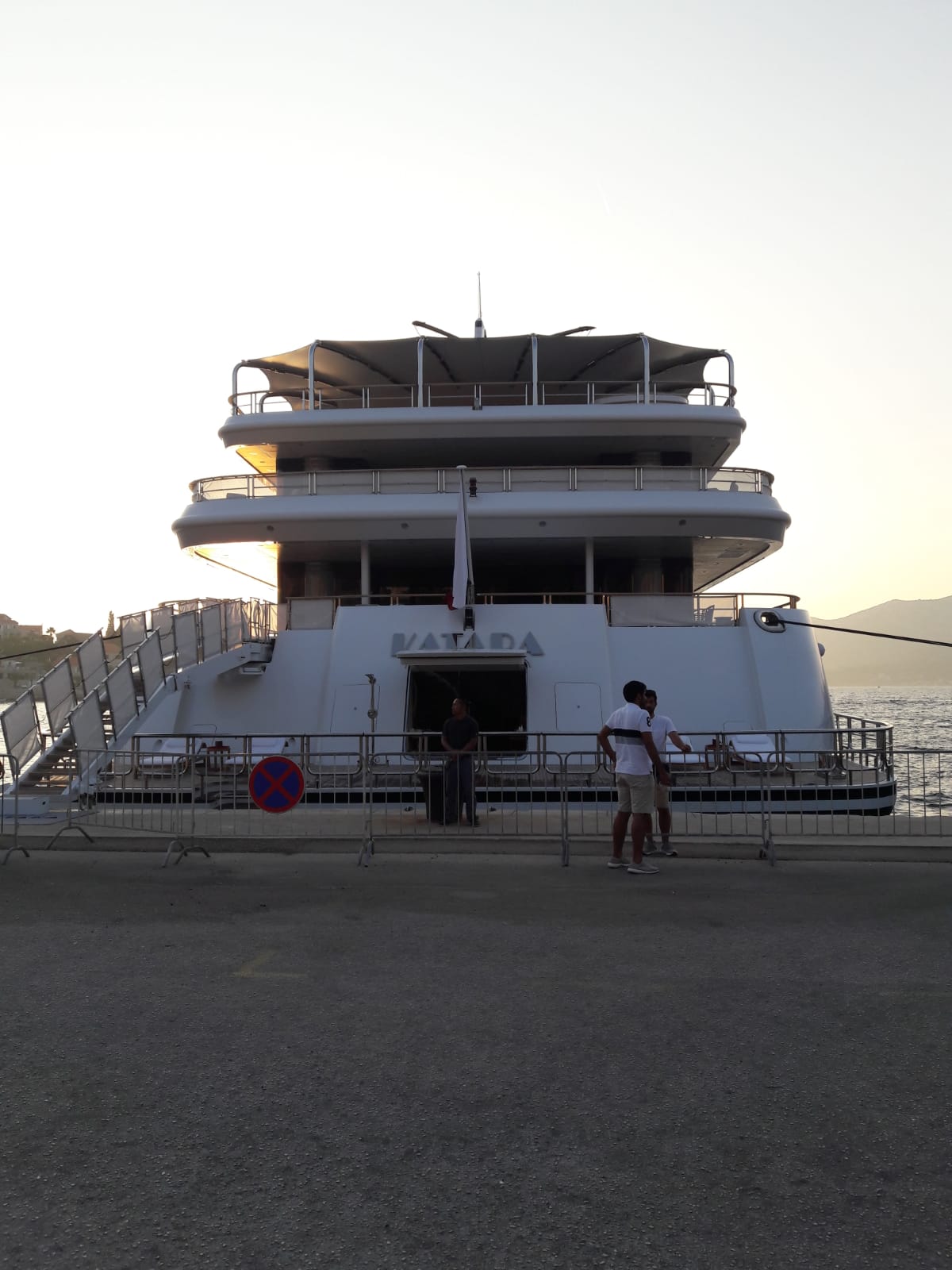 The massive mega yacht has 14 cabins for 28 guests, and 30 cabins for 60 crew members. Katara was built by Lurssen and was delivered to the Emir of Qatar in 2010. She was designed by Espen Oeino with an interior design by Alberto Pinto.

The former Emir of Qatar Sheik Hamad bin Khalifa Al Thani was spotted this morning with his family and bodyguard checking out the sights around the Old Town of Korčula after eating in Lumbarda last night. He also visited the island in the summer of 2016.