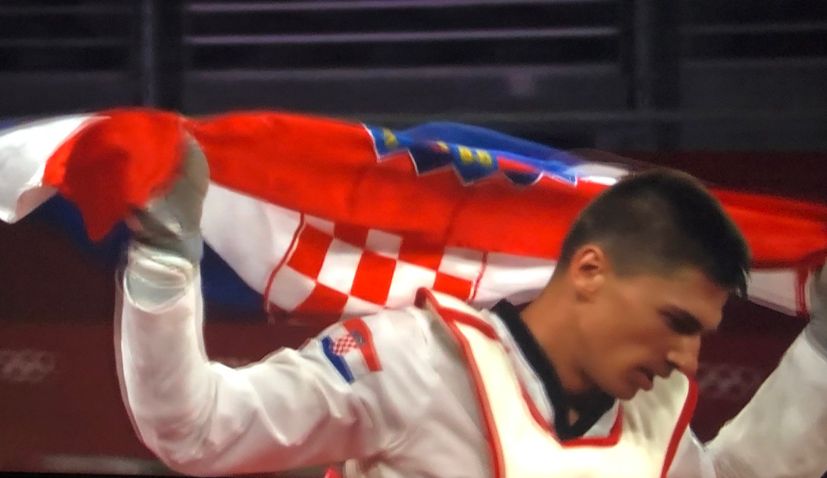 TOKYO, 26 July 2021 – Toni Kanaet (25) has claimed a bronze medal for Croatia at the Olympic Games in Tokyo on Monday.

The Croatian started with a 22-15 victory over Raul Martinez in the round of 16 before losing his quarter-final match against Maksim Khramtsov from Russia 22-0.

Kanaet earned his bronze medal match after beating Faisal Sawadogo from Burkina Faso 30-10 in the repechage.

From Split, Kanaet is a member of the Marjan Taekwondo Club and is the current vice-champion of Europe. His father was a boxer and from a young age, Toni has been into martial arts.

Later on Monday afternoon, Matea Jelić, who is also a member of the Marjan Taekwondo Club, will take on Great Britain’s Lauren Williams the 67kg final.