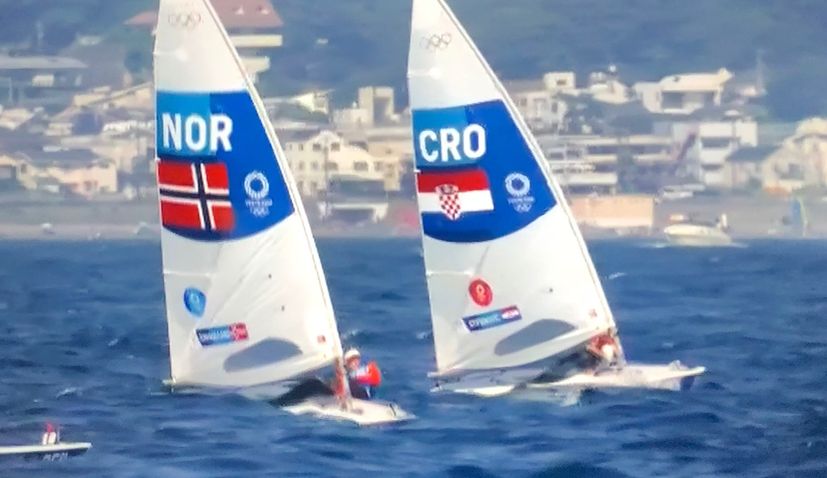 Tonci Stipanović finishes ahead of Norway to claim silver (Screenshot)

TOKYO, 1 August 2021 – Croatian sailor Tonči Stipanović has won a silver medal at the Olympic Games in Tokyo on Sunday.

An impressive performance over the last 10 days from Stipanović saw him collect 82 points to clinch the silver medal in the men’s laser.

The Split native, who won the silver medal also at the 2016 Olympic Games in Rio, finished the last race in fourth on Sunday which was enough to give him silver.

“It was very difficult. I kept losing after a good start, I wasn’t happy with the speed. I was windless, the Norwegian passed me and the Cypriot was behind. Being second to last on the first buoy was not very good. But I stayed focused on my sailing. After I came to the second buoy, I said to go as I know how, I went to the left in the regatta field and it was better,” Tonči said after the race before adding.

“We now had wind from a direction from which it had not been there all these days. Today it turned out to be much better to sail on the left side of the field. The German was the most dangerous to me after Pavlos Kontides. I had to look at him too. He wasn’t too far behind me, just 11 points, but that last buoy decided it. I took a little risk in the end, it paid off.”