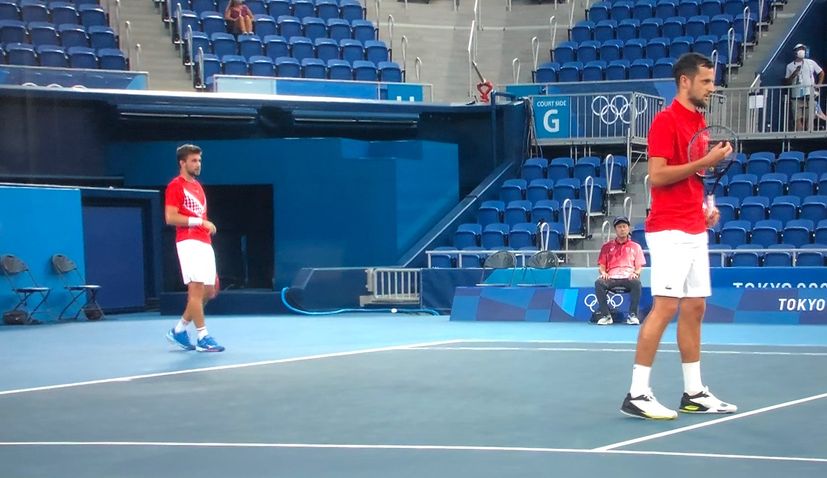 TOKYO, 28 July 2021 – Croatia is guaranteed a medal in the men’s doubles tennis at the Olympic Games in Tokyo.

Mate Pavic and Nikola Mektić have joined Marin Čilić and Ivan Dodig in the semi-finals of the men’s doubles after a straight sets win over Japan’s Ben McLachlan and Kei Nishikori.

The Croatians, who are the number one seeds and favourite for the gold medal, broke Japan earlier in the match and held to take the first set 6-3.

In the second set, Mektić and Pavić broke to go 4-3 up and then broke again to take the second set 6-3 to move into the semi-final.

Earlier in the day, Čilić and Dodig came back from a set down to beat Great Britain’s Andy Murray and Joe Sailsbury 4-6, 7-6(2), 10-7 to advance into the semi-finals.

Čilić and Dodig will face New Zealand pair Marcus Daniell and Michael Venus in the semi-final, whilst Mektić and Pavić will meet either American pair Austin Krajcik and Tennys Sandgren or Jan-Lennard Struff and Alexander Zverv from Germany.