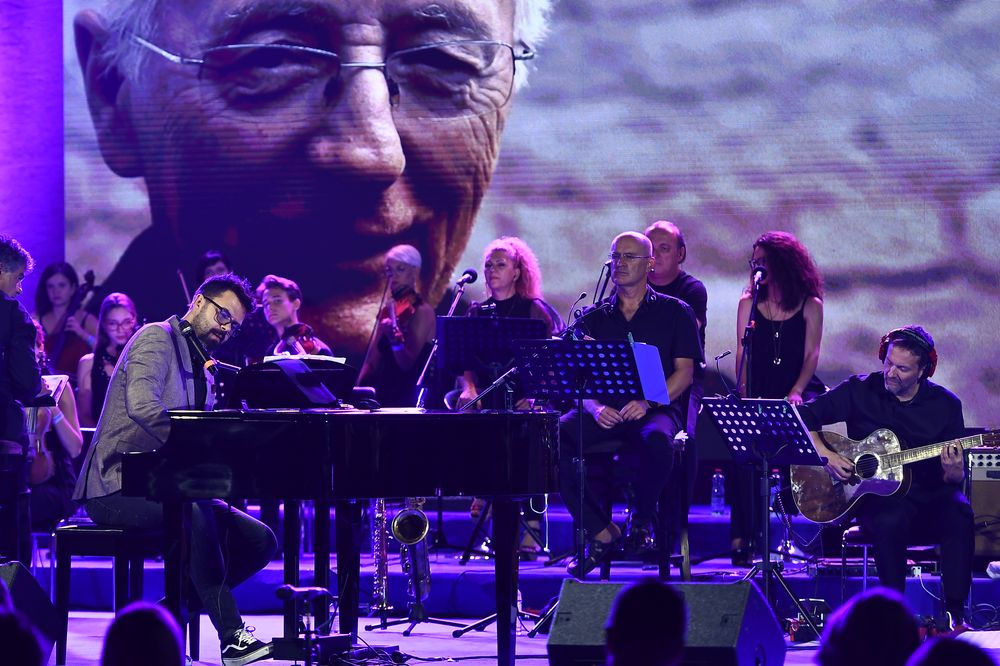 Legendary Croatian musician Oliver Dragojević, who passed away three years ago on 29 July, will be remembered again in his hometown of Vela Luka on the island of Korčula.

The event dedicated to Oliver, “Trag u beskraju”, named after his song and album, was held at the end of July for the first time last year and it will take place again next week.

The concert “Trag u beskraju” will be held on Thursday, July 29, starting at 10 pm on the square in front of the Church of St. Josip in Vela Luka.

Musicians Gibonni, Teddy Spalato, Marko Tolja, Antonio Serrano, Dupini, klapa Ošjak will perform at the concert, whilst music producer Ante Gelo with the orchestra conducted by maestro Alan Bjelinski will lead concert goers through the musical story of the great.

The entire concert will be broadcast live on the national TV on HRT2, and on the waterfront in Vela Luka it will also be broadcast and can be watched.

At the concert, the audience will once again have the opportunity to hear Oliver’s most beautiful songs such as Cesarice, Galeba, Traga u beskraju, Kad mi dođeš ti and many others performed by his fellow musicians and friends. “Trag u beskraju” is organised by the Municipality of Vela Luka together with the Centre for Culture and the Vela Luka Tourist Board and the Luško lito association and plans to mark the beauty of Oliver’s work and the richness of his musical heritage with many famous musicians and his friends.

The music and art project begins on Monday, July 26, with a ferry concert to Oliver’s beloved Korčula. The ferry sails on the route Split – Vela Luka, and Dupini, Tedi Spalato, Marko Tolja, Zorica Kondža, Ante Gelo will perform on board. The concert is open to the public, ie to anyone who buys a ferry ticket.

In addition to the concert that is an overture to the events dedicated to Oliver, on Tuesday, July 27 there will be a grand opening of the exhibition “Oliver through the lens of Livija Andrijić” in the atrium of the Cultural Centre. On Thursday, July 29, a wreath will be laid at the local cemetery, a recital will be held in the church with musicians Marko Tolj, Ante Gela and the Sequentia Quartet, and the highlight of the event is an evening concert at the market in Vela Luka, starting at 10 pm.

The concert will be held according to the measures and recommendations of the Croatian Institute for Public Health. Concerts can be watched on video walls from the waterfront, and on boats in the sea.