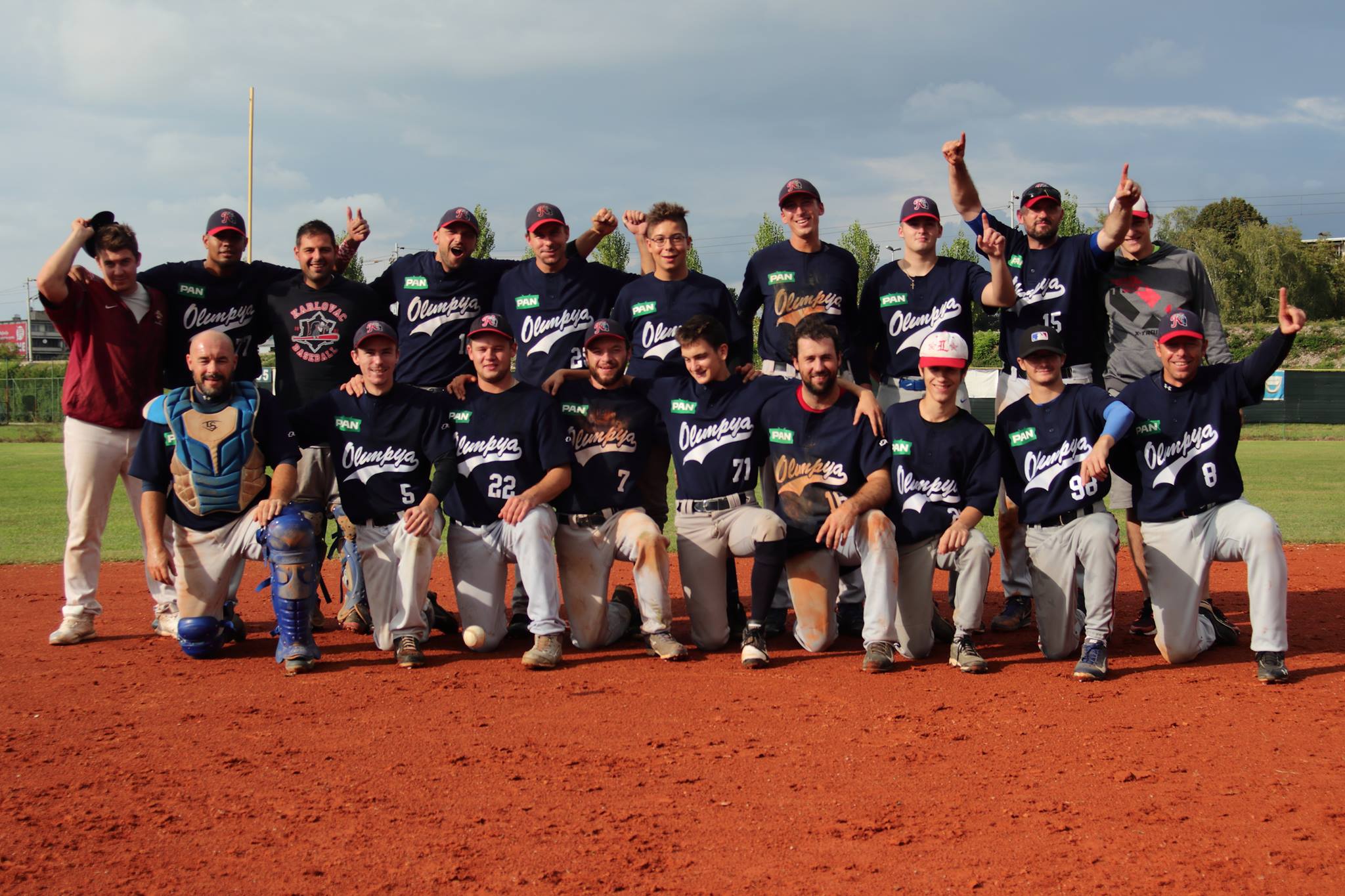 This weekend the Croatian city of Karlovac hosted the Final Four of the Central European Baseball Interleague.

Teams from Croatia, Slovakia, Hungaria and Serbia participated in this year’s edition of the CE Interleague.

After the regular season the four best teams entered the Final Four in Karlovac, and in the semifinal round Olimpija 83 from Karlovac defeated Apollo from Bratislava, Slovakia by 4:1, while Nada SM from Split beat the Hungarian team Budapest Reds by 11:5.

In the “Croatian final” and the match between two teams that have been dominating the Croatian baseball for several years, Karlovac used the home-field advantage and defeated Split with a convincing score of 11:3.

The MVP title went to Pavao Karin, the best batter was Slobodan Gales, and the best pitcher Jose Diaz – all three from the winning team.

The baseball season continues the following weekend with the semifinal playoffs for the title of the Croatian champion. The semifinal pairs are Olimpija 83 (Karlovac) – Vindija (Varaždin) and Nada SM (Split) – Zagreb. The winners of a best-of-five series will meet in the Croatian Championship Final.