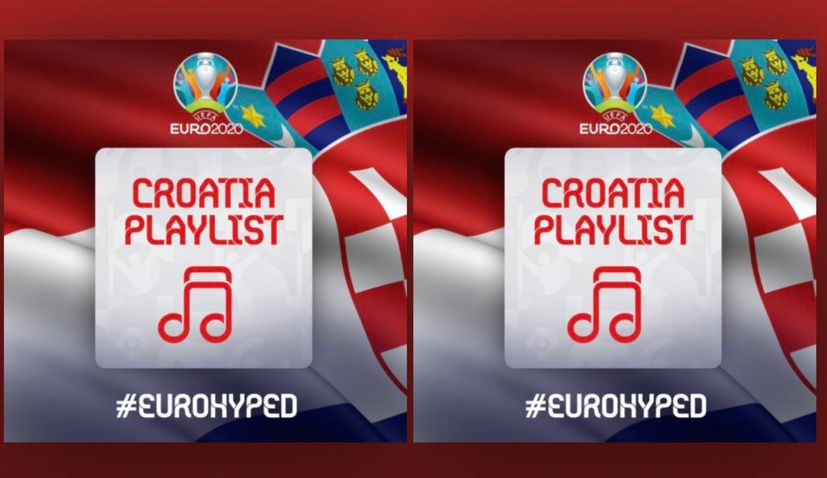 The Croatian national team players have included their favourite hits such as ‘Igraj, moja Hrvatska’, ‘Moja domovina’ and ‘Nije u šoldima sve’ on their official Euro 2020 music playlist.

Each of the 24 national teams taking part in Euro 2020 has set up its own playlist on the music service Spotify on UEFA’s channel.

A number of classics which the team celebrated to in Russia in 2018 are on the list like  ‘Igraj, moja Hrvatska’ by Zaprešić Boys, ‘Moja domovina’, ‘Srce vatreno’ by Nered, Thompson’s ‘Lijepa li si’, ‘Africa’ by Dino Dvornik and Mladen Grdović’s hit ‘Nije u šoldima sve’.

You can listen to Croatia’s playlist, which was presented by HNS through Domagoj Vid and Šimo Vrsaljko HERE.

Euro 2020 starts for Croatia on 13 June against England at Wembley stadium.