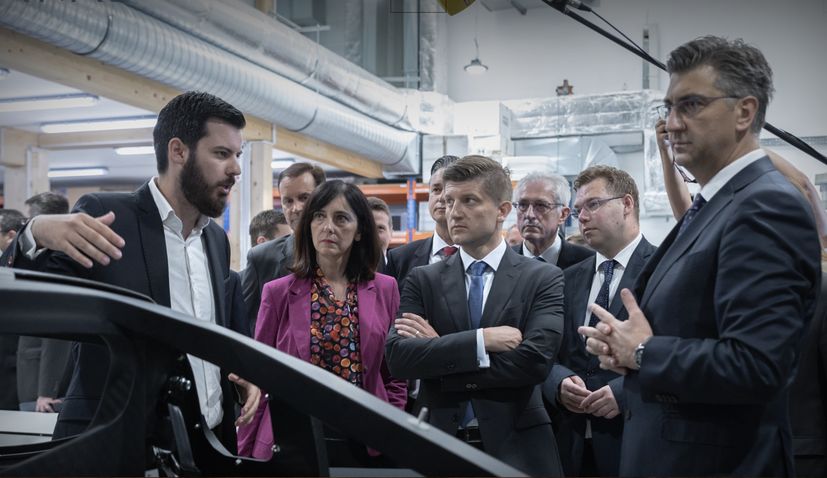 SVETA NEDJELJA, June 28 – Rimac Automobili and the representatives of the Government of the Republic of Croatia met for a discussion about the potential of the new auto industry development in Croatia.

Founder and CEO, Mr. Mate Rimac, hosted Mr. Andrej Plenković, Prime Minister of the Government of the Republic of Croatia, ministers and senior government officials in Rimac Automobili headquarters on the outskirts of Zagreb on Friday.

This was the first time Prime Minister Plenković visited Rimac Automobili in a workshop to discuss the opportunities for development of the new auto industry in Croatia. 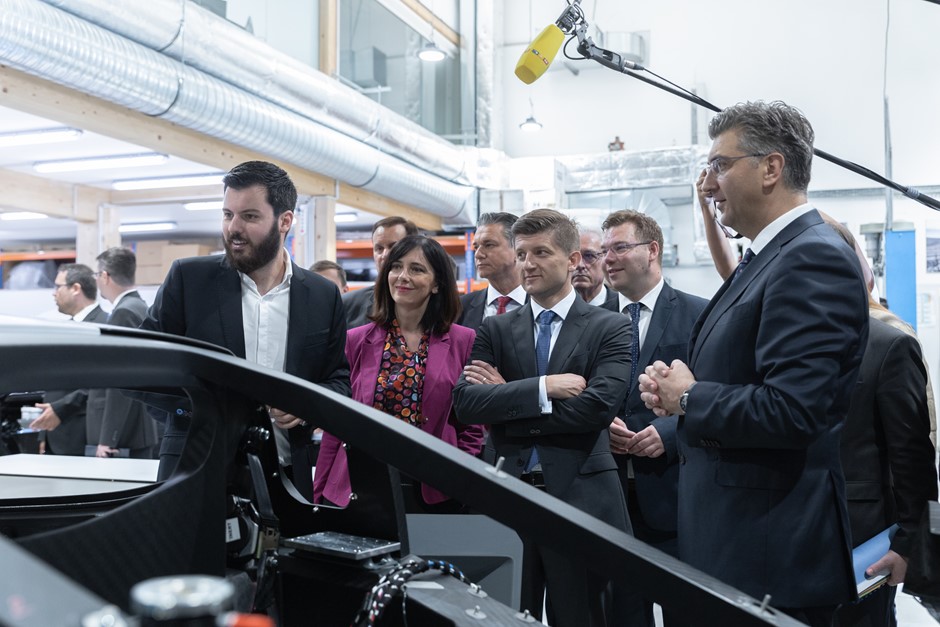 If the car industry was a country, it would be the 4th largest economy in the world. Accounting for USD 4.060 bn in 2017, it sits just above Germany in the global ranking. Global vehicle production and miles driven have been rising constantly in the past and are forecasted to keep growing. Each of the top 8 OEMs has greater revenues than Croatia’s GDP. Furthermore, the automotive supplier industry is of global significance, and in 2015 just the automotive supply industry was USD 2.000 bn and accounted for USD 147 bn total investment while employing 5 mil people. 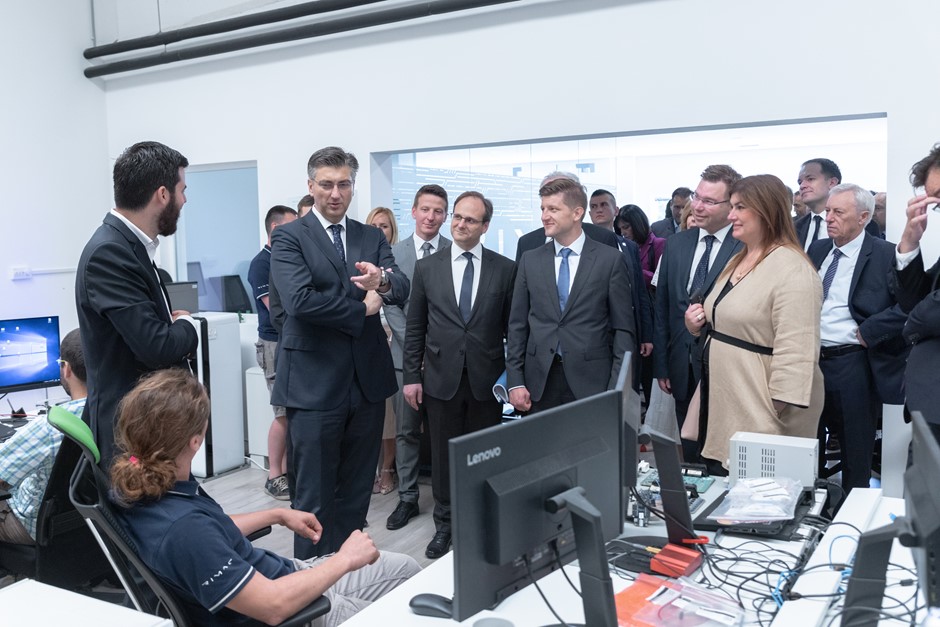 The automotive industry is currently undergoing major changes – in particular moving to electrified, connected and autonomous vehicles. These disruptive trends are rapidly changing the industry, offering new opportunities. Major automotive manufacturers and suppliers have increased their spending on R&D significantly over the last 10 years. Furthermore, global automotive producers have shifted their production towards CEE countries from Western Europe. The automotive suppliers have followed, aggressively investing in CEE countries, opening production plants, innovation and R&D centers. This shift has happened in two major waves of investment, over the last 20 years, and the question is – could Croatia be the destination for the next wave of investment in the new auto industry? 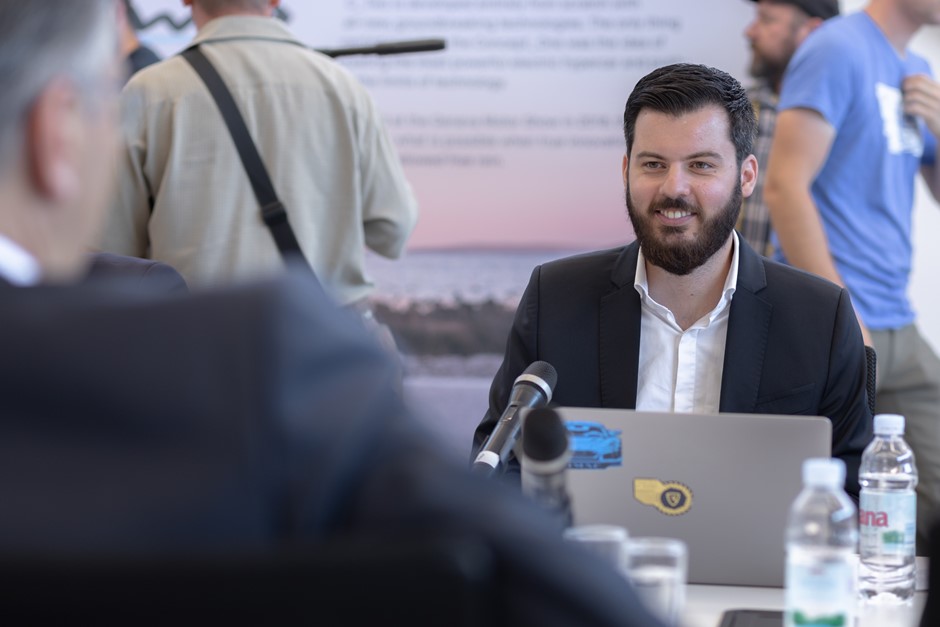 Rimac Automobili findings based on an in-depth study of the future industry development, current industry experience and network show that Croatia could enjoy great benefits, as have many CEE countries so far.

Mate Rimac, Founder and CEO of Rimac Automobili: “We want Rimac to be a successful story, but moreover, we want to share our experience to help attract the auto industry to Croatia. Two waves of auto industry expansion in Central and Eastern Europe have proven to be extremely valuable for the economies of these countries. A new wave of investments is under way and due to new circumstances, Croatia has the opportunity to become the next destination of the new car industry. Today, countries are competing in the open market, just as companies are. To be attractive to the manufacturers and suppliers, we need to develop comparative advantages over other countries. We want to contribute to attracting investors to Croatia, and our role is to point to the needs and expectations of the auto industry, while the Government’s role is to decide whether new auto industry is the right direction for Croatia’s strategic development and if so, form policies in the direction of attracting investment.”

Andrej Plenković, Prime Minister of the Government of the Republic of Croatia: “Porsche and Hyundai investments are a great acknowledgment for Rimac Automobili. We will continue to cooperate intensively and support examples of excellence such as Rimac Automobili, create a favorable atmosphere and jointly see which concrete moves by the Croatian Government would give the automotive global industry a signal that Croatia is ready for serious greenfield investments that will strengthen the industry.”

Thomas Schemera, Executive Vice President of Product Divison Hyundai Motor Group: “We are encouraged by the Croatian government’s support for our partnership with Rimac. We will further bolster our strategic partnership in developing high-performance EV and FCEV prototypes across the Hyundai Motor Group brands.”

Mr. Lutz Meschke, Deputy Chairman & Member of the Executive Board, Porsche AG: “The automotive industry needs to get the same attention as soccer in Croatia. It is a country full of potential. Its tourism is unique. There are very well educated young people. As part of its electrification efforts, Porsche has decided last year to partner with Rimac who has impressively demonstrated its credentials in the field of electromobility. As a shareholder, we from Porsche side want to fully support Rimac. Therefore, we just discussed the opportunities for Croatia as a country in the automotive sector with the government. Support by the government is essential for a successful development. The country now has the chance to be a relevant location for the automotive industry on an international level.” 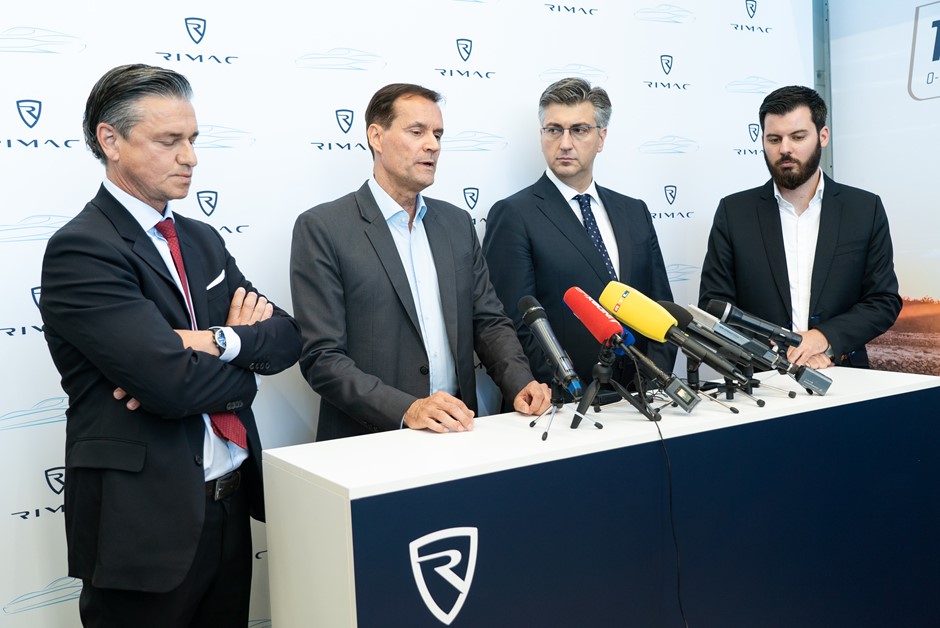