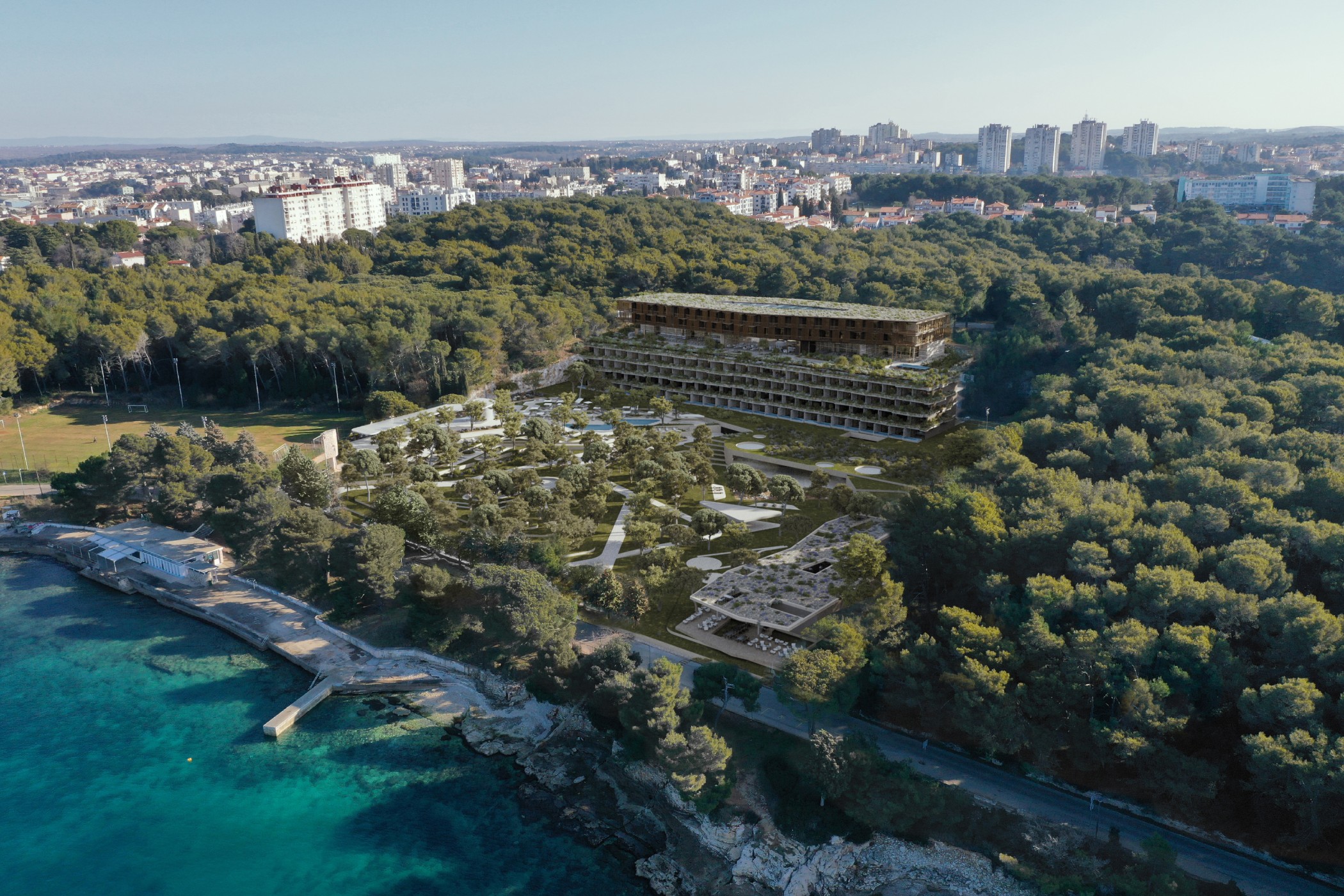 A presentation of the conceptual design of the future 5-star Hotel Valkane in the Croatian city of Pula was held in Cinestar within the Max City center this week.

The conceptual design was made by the renowned architectural studio 3LHD, which in its portfolio, among numerous projects such as the newly opened Infobip Campus in Zagreb and the Rimac Campus in Sveta Nedelja whose construction is in progress, is a number of hotels of the highest category, many of which, such as the Grand Park Hotel in Rovinj, have been successfully realised in Istria.

The Hotel Valkane project was presented by 3LHD’s author team, in the presence of investor representatives, to the media and tourism, public, economic and other stakeholders for whom this investment is of interest and importance.

Hotel Valkane will be the first high-class luxury hotel in the wider Pula area. It will be located inside the former quarry, and its construction, investors say, will rehabilitate an area that has been neglected since 1965. 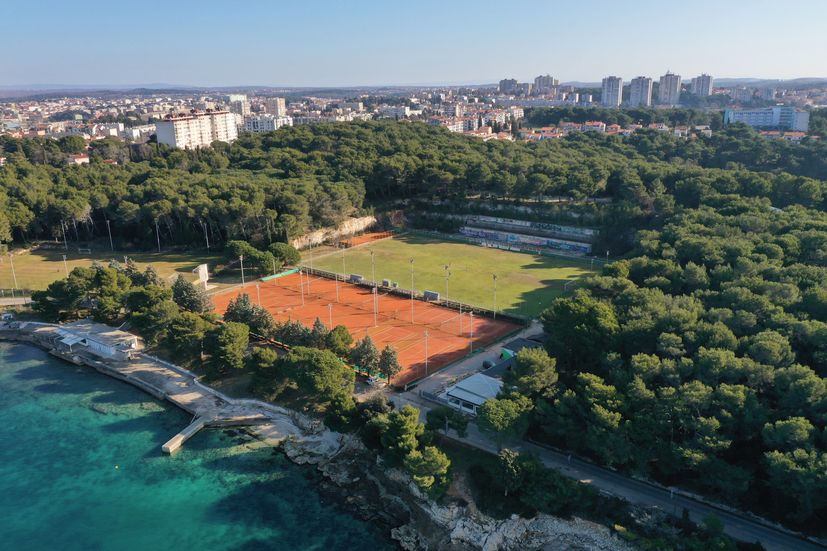 Access to the hotel will be exclusively on the existing road from the east, or rear, and will not affect the Lungo mare belt.

The planned value of the project is over HRK 500 million + VAT, and the city will collect a utility contribution of approximately HRK 10 million, a water contribution of HRK 2 million and will the hotel will pay HRK 1.2 million in utility fees per year.

“In creating this conceptual solution, we were guided equally by the historical context of the location, as well as its natural environment, forest, coast and stone. The requirement of modern architecture is to be maximally connected and integrated with the natural landscape and to respect the environment, and this was our modus operandi on this, as well as on other projects. From something that was a huge hole and a completely inaccessible space created by stone exploitation, in such a beautiful and emotionally valuable location for the people of Pula, we tried to create a project that is merged with the context and volume, values the environment and leaves the park forest accessible to the public like it was until now. Thank you to the clients for their trust and for showing an extremely high level of understanding and acceptance of our architectural expression,” said Silvije Novak from 3LHD.

Hotel Valkane will occupy only 2.38% of the total coverage of the UPU Lungo mare, and for comparison, it will be three times less than the amount of material exploited from the old quarry (270,000 m3). It is important to mention that the outer edge of the hotel is 160 meters from the sea and that the project does not provide for any intervention in the coastal zone. 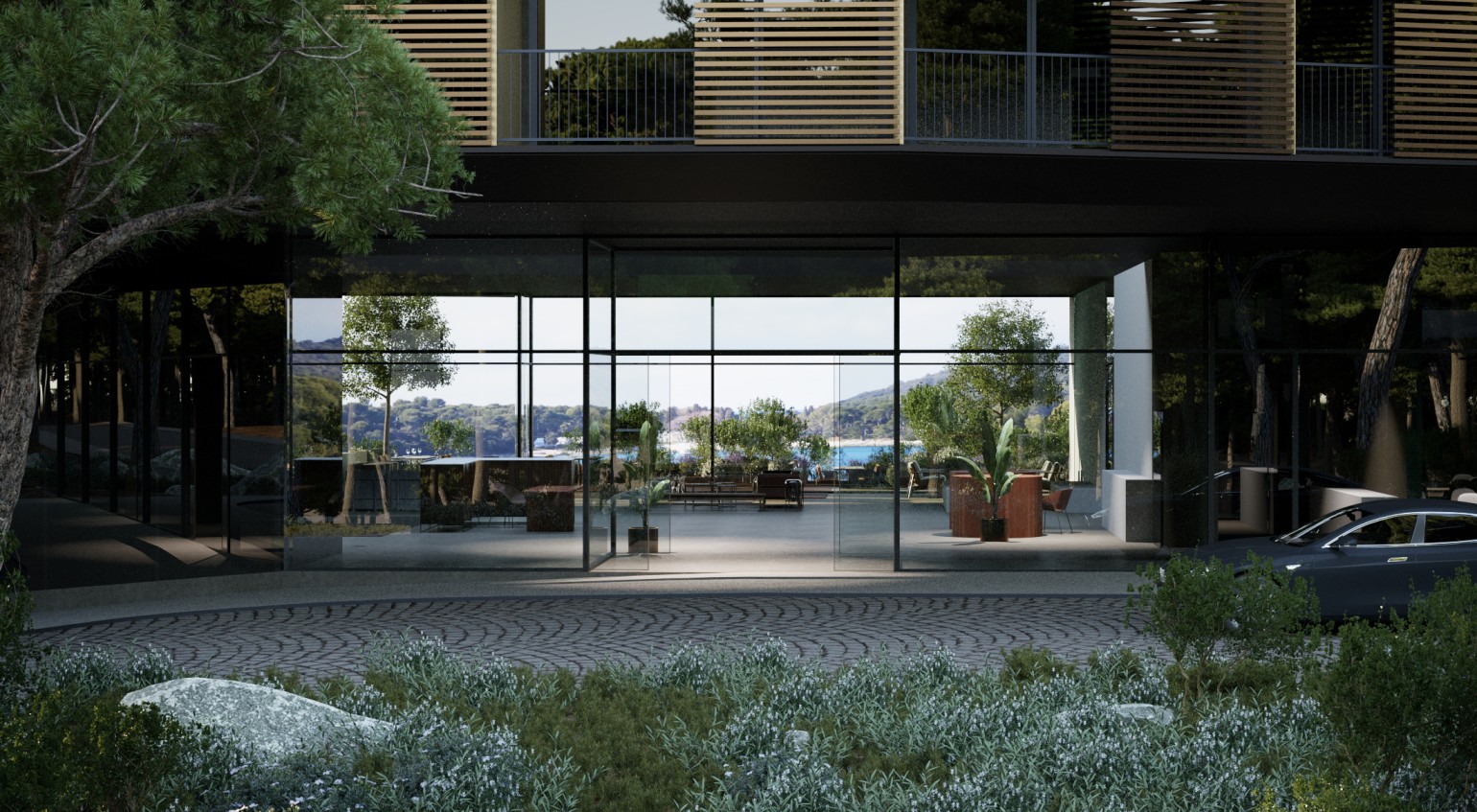 Conceptual design of the hotel

“We believe that after this presentation it is clear that the investor has no intention of building an isolated resort, concreting the coast, touching a promenade that is maritime and managed by the city or building elevators to the beach as was previously heard in public. None of these claims are true. The goal is to combine private investment with the improvement of public space as much as possible, so the four-meter high fence will be removed from private tennis courts and a park accessible to citizens will be opened within the hotel. What we would like to mention is that the realisation of the project requires the planting of 150-200 new trees, which will further enrich the entire area. We are very pleased with the conceptual solution because we believe that it respects the environment, combines the requirements of this beautiful area and hotel and we are proud to continue with new large investments in Pula, after the Max City center which was successfully completed on time. I hope that we will soon start the realisation of the project for the benefit of all,” said the project manager Zoran Kostić on behalf of the investor, the company Hotel Valkane. 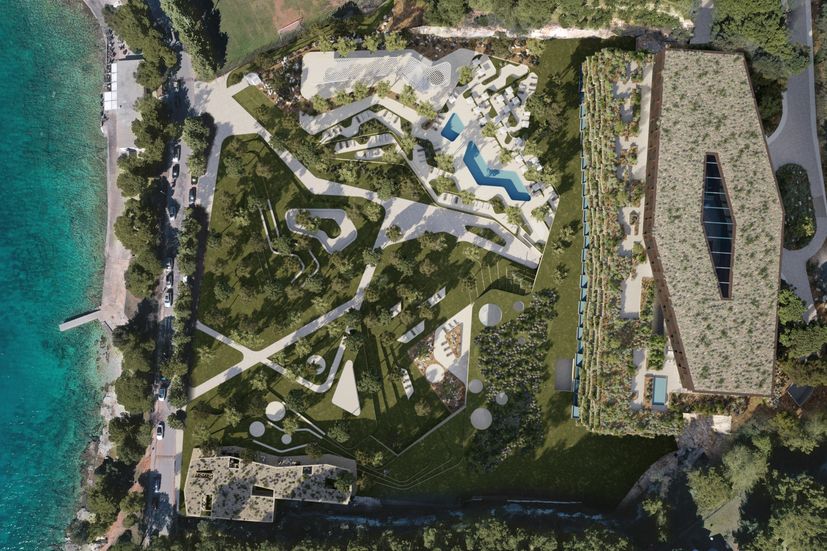 Conceptual design from the air

The day before, a presentation of the project was given to representatives of the city administration and councillors of the City Council, and according to investors, the visuals of the new hotel will soon be available on the site next to the tennis courts so that all interested citizens can see them live. 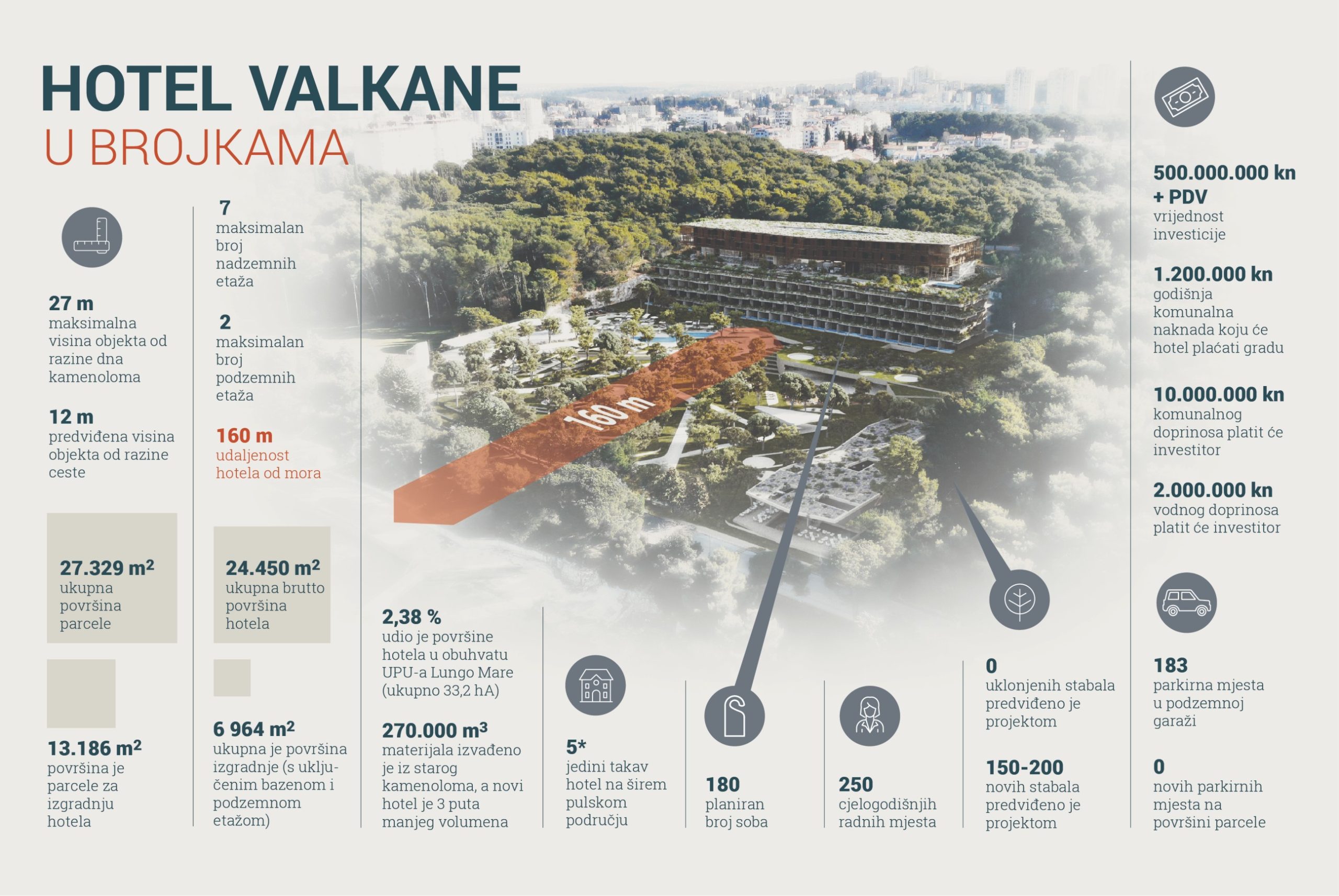 With this hotel, Pula will significantly gain in quality of accommodation, which is very important when it is known that it is a city that realises only 7 percent of all overnight stays in Istria and has only 190,000 overnight stays in hotels, four times less than apartments. Equally important, the hotel will have 250 employees all year round.