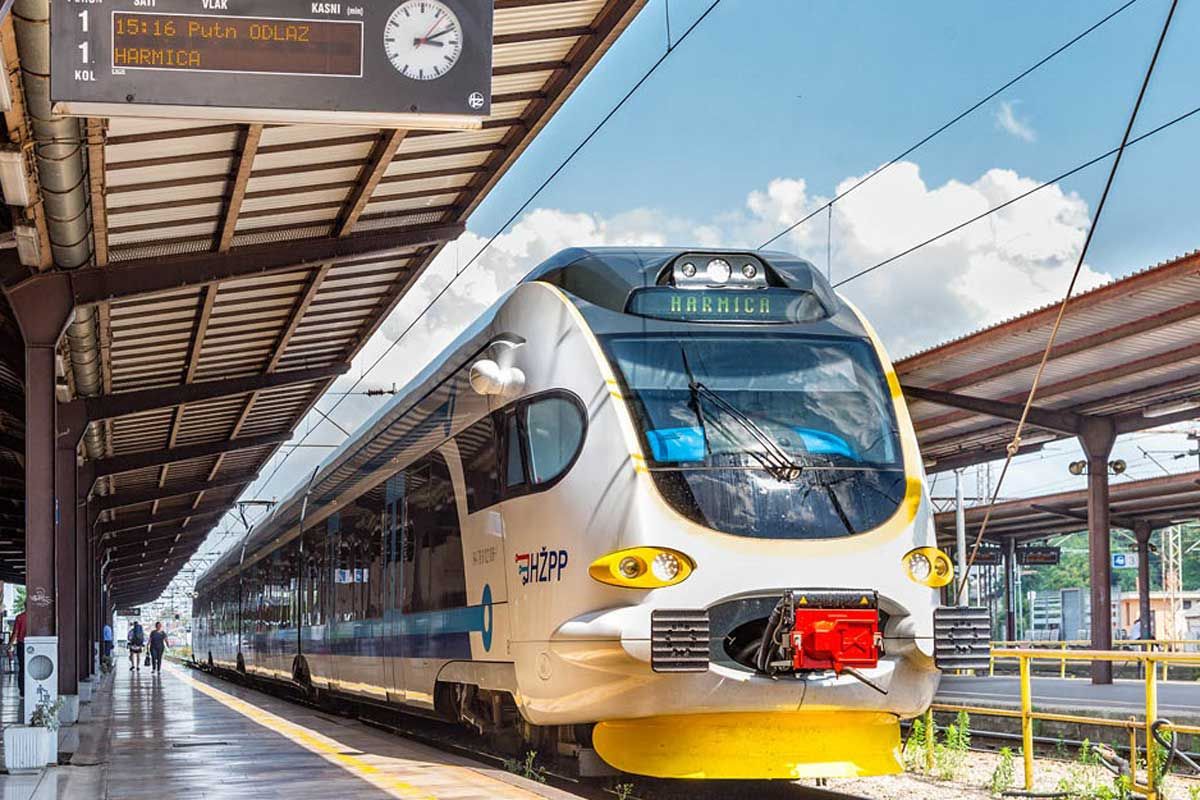 ZAGREB, 24 July (Hina) –  A train, produced by the Končar – Electric Vehicles company for providing commuting services between Rijeka and Perman and Rijeka and Ogulin, was officially inaugurated on Friday

This low-floor electric multiple unit, manufactured by the Zagreb-based factory, can develop a speed up to 160 kilometres per hour, and it has the capacity of 133 seats plus room for 372 more passengers.

It will connect Rijeka and Perman on workdays and Rijeka and Ogulin on weekends.

This type of train includes a certain number of modules, “a number of doors, interior design and capacity according to customer requirements,” the Končar company says on its web site. It has space for bicycles, wheelchairs and children’s strollers.

Addressing today’s ceremony in the seaport of Rijeka, Transport Minister Oleg Butković said that he was happy to attend the ceremony of the delivery of the first out of the 33 trains which the HŽ Putnički Prijevoz (the national Croatian Rail company for the transport of passengers) commissioned and that the delivery of all the trains should be completed by the end of 2023.

Each train costs about €5.5 million, and the total procurement stands at HRK 1.3 billion (€173 million). The procurement of 21 trains is financially covered by the European Union and the remaining 12 by EUROFIMA and the International Bank for Reconstruction and Development (IBRD).

EUROFIMA, established in 1956 and based on an international treaty between 14 sovereign states, has a non-profit mission to support the development of public passenger rail transportation in Europe and to support the railway bodies which are its shareholders in renewing and modernising their equipment. HŽ Putnički prijevoz d.o.o. is one of shareholders.

The HŽ Putnički prijevoz management board president Željko Ukić said that the Rijeka-Perman rail-line had been established in 2018 and had been co-funded by the local authorities so as to encourage the use of public transportation and reduce the use of private cars.

The chairman of the board of the Končar – Electric Vehicles company, Josip Ninić said, that by 2023 this company would deliver 17 trains for commuting services plus 16 for regional transport.

We are proud of these products produced in Croatia, Ninić said.

Upon the delivery of all the commissioned trains, the number of Končar trains in the HŽ Putnički Prijevoz fleet will stand at 67, Ninić said.