Home » News » Neolithic settlement found in the sea near Korčula: “Such old finds are a real rarity in the world” 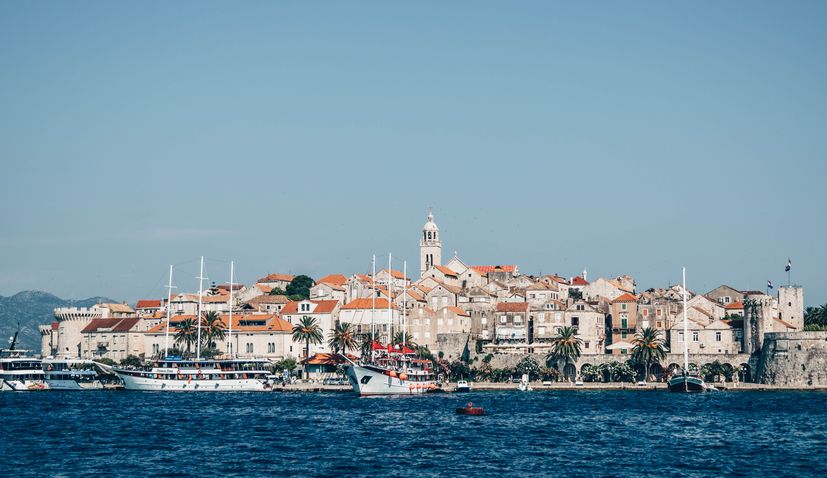 A Neolithic settlement, dating to 4500 BC, has been found about 70 meters from the shore in front of the Croatian island of Korčula at a depth of four and a half meters.

“Such old finds are a real rarity all over the world and they would usually be discovered in caves, rarely in the sea,” Mate Parica from the Department of Archeology at the University of Zadar told HRT.

The Neolithic period is the final division of the Stone Age, with a wide-ranging set of developments that appear to have arisen independently in several parts of the world.

Parica said that this discovery was found by accident, thanks to aerial footage. Due to the rising sea level, the settlement has remained below the surface and this, along with a good location, was crucial in preserving the remains.

‘The whole settlement has the shape of a hexagon of some sort, and here we see that it was made in a planned way, not spontaneously. It is also, in fact, fantastic for that period,” Parica told HRT.

Domagoj Perkić from the Dubrovnik Museums says that the fact that the site was in the sea was key to its discovery, because the location was hidden from strong winds, and the settlement buried in the mud was preserved for all these thousands of years.

‘We found flint knives. In fact, finds on land in such a well-preserved form are not so common. They are larger,” said Vinka Milišić, an archeology student.

“These are large bowls, ball-shaped bowls and we see that the Neolithic population decorated their pottery with various incisions, they painted some motifs in red,” said Marta Kalebota, curator at the Korčula City Museum.