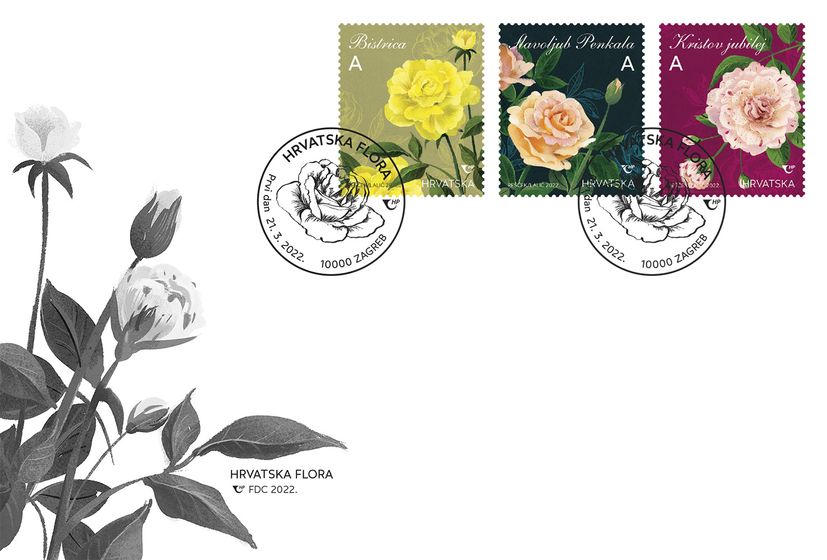 On March 21, 2022, Croatian Post will release new commemorative postage stamps from the “Croatian Flora” series with the motif of selected varieties of roses grown in Croatia – Bistrica, Kristov jubilej and Slavoljub Penkala – created by Josip Rogin. 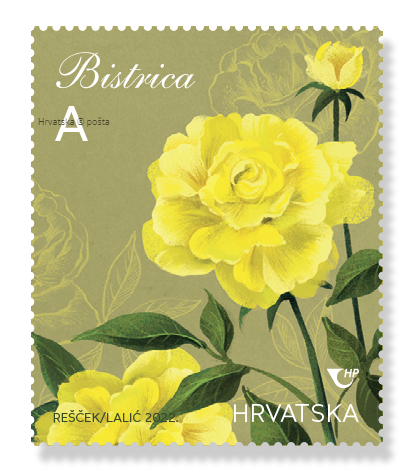 The Bistrica variety, a bushy rose, has an upright rose and golden-yellow flowers with a pleasant scent. They can be used as an ornament in the garden or as a cut flower because the cut flowers stay fresh in the water for a long time. Bistrica belongs to the tea roses, also known as blue moon roses.

Tea roses are the largest and most widespread group of favourite roses due to the great variety of colours and shades of flowers and frequent flowering. They are also very popular as cut flowers because their flower stalks are strong, straight, long and erect and mostly bear a single, beautifully shaped flower.

The author of the Bistrica variety is Josip Rogin (1947-2020), a writer, gardener and lover of roses. Rogin has dedicated his entire life to roses, and during his decades of hybridisation and rose cultivation, following the example of the famous English rose grower David Austin, he created the Croatian collection of roses with more than 20 new varieties.

Some of them bloom in the Botanical Garden of the Faculty of Science in Zagreb. The Bistrica rose was obtained from the Doris Tysterman variety, a tea tree with orange flowers combined with a yellow hue.

The Bistrica variety was named after the shrine of Our Lady of Bistrica in Marija Bistrica, where in 1994 it was first promoted for the Feast of the Assumption. 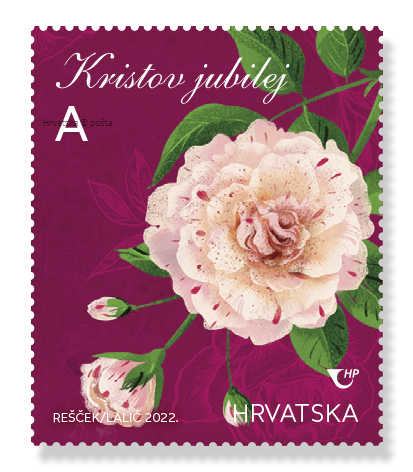 The roses are best known as ornamental plants in gardens and parks and as cut flowers. However, besides in horticulture, the application of the roses can be very diverse. Thus, fresh fruits (rods) of the Rosa canina species, which are rich in vitamins, especially vitamin C, are processed into jams and dried into tea or tea blends.

The petals of some wild or cultivated roses can be used for food or as an addition to dishes. The essential oil obtained from rose petals is an important raw material in the perfume and cosmetics industry.

Fragrant oils are commercially mostly obtained from Rosa damascena and Rosa centifolia. The whole pomegranate is used for medicinal purposes, as well as the bark and seeds of the pomegranate, mostly wild rose and mountain rose. In aromatherapy, the scent of roses, due to its relaxing effect, is used for therapeutic purposes. 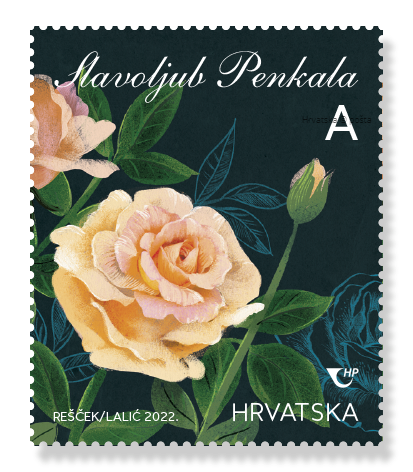 The Slavoljub Penkala variety originated from the Ambassador variety, the most famous rose for cutting in yellow-orange colour. Slavoljub Penkala is a tea rose that can be used as a cut flower or for growing in the garden, and its creator is again Josip Rogin.

Due to the beauty and smell of flowers, roses have long been grown as horticultural plants and it is estimated that today there are about 30 thousand varieties in cultivation.

Although Slavoljub Penkala’s oeuvre includes about 80 inventions, probably his most famous inventions are the mechanical pen and fountain pen with solid ink, the forerunner of ballpoint pens.

Written by prof. dr. sc. Mihaela Britvec from the Faculty of Agriculture in Zagreb.