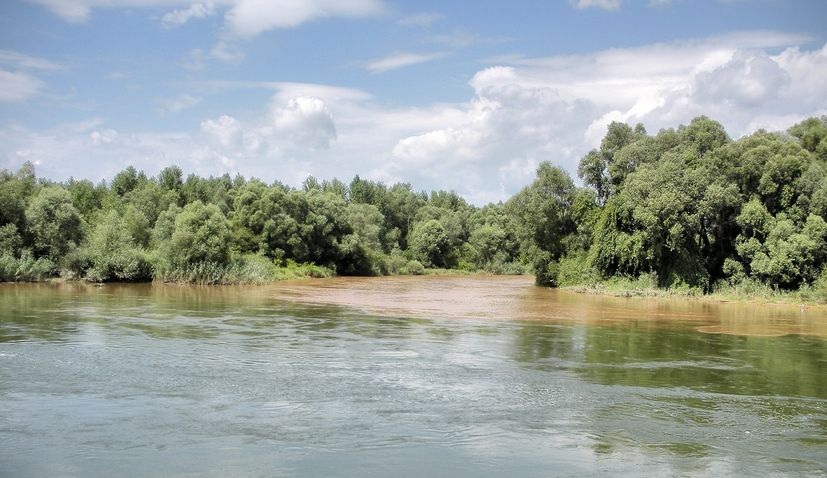 The confluence of the Drava River (foreground) and Mura near Legrad, Croatia (Photo: BikeMike/Public Domain)

The Mura-Drava-Danube has been declared a biosphere reserve by UNESCO on Wednesday.

The designation was decided today in Abuja, Nigeria where the International Coordinating Council session of the 33th UNESCO Man and the Biosphere Program took place via virtual links.

“The proclamation by UNESCO is an important indicator of international cooperation and a common green vision, a significant step forward in preserving the natural and cultural treasures of the region and a strong example of the unification of countries with a common goal of nature conservation. This is also an important contribution to the implementation of the EU Biodiversity Strategy, which aims to restore 25,000 km of rivers and protect 30% of the EU’s landmass by 2030. This is just another confirmation of the mandate of all five countries to work together on the restoration and protection of the Mura, Drava and Danube landscapes,” said Nataša Kalauz, director of WWF Adria, the world organisation for nature protection, which has been part of this initiative.

The initiative for the protection of the Mura, Drava and Danube rivers in Austria, Slovenia, Hungary, Croatia and Serbia was launched more than 20 years ago by environmental activists and civil society organisations.

Work on establishing the Mura-Drava-Danube biosphere reserve officially began in 2011, when the environment ministers of the five countries signed a declaration on the establishment of a transboundary biosphere reserve.

The joint nomination, officially sent in April 2020, linked the four pieces of the puzzle – biosphere reserves in Austria, Slovenia and Serbia and the Mura-Drava transboundary biosphere reserve in Croatia and Hungary – into a single protected area.

The “European Amazon” is rich in rare habitats such as large floodplain forests, sand and gravel reefs, steep banks, backwaters and oxbow lakes, beavers and otters, and fish such as sturgeon.

“At a time of climate crisis and the great extinction of species, nature protection is becoming a matter of survival. The proclamation of the Mura-Drava-Danube Biosphere Reserve is an important step towards a green and sustainable future in which there is no more room for negative practices such as new hydropower projects, unnecessary river regulation or sediment extraction. We therefore see the ‘European Amazon’ as a good example of the coexistence of people and nature,” added Kalauz.

“Although we have achieved a very big step in preserving these three rivers for all future generations by declaring a 5-state biosphere reserve, we still have a lot of work to do. In order not to have another ‘paper park’, we need a greater commitment from decision-makers, but also business people in order to encourage the sustainable development of the ‘European Amazon’. We expect the continuation of good cooperation, a truly living biosphere reserve in which nature is renewed, innovation is encouraged and in which local communities are drivers of change, “said Ivana Korn Varga, head of the Mura-Drava-Danube initiative at WWF Adria.