Home » News » Moving to Croatia from New Zealand for love 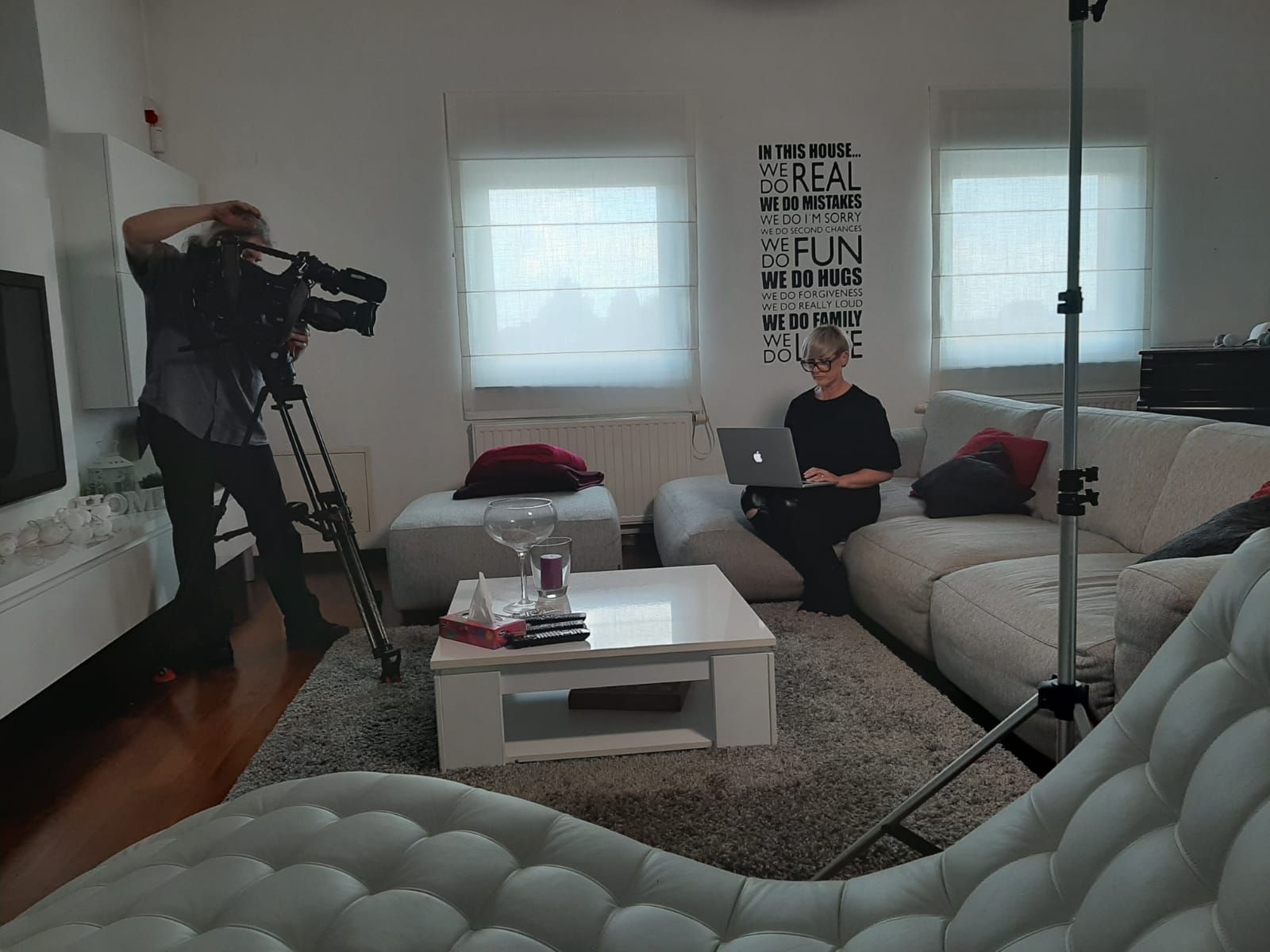 One visit to Croatia almost 25 years ago would lead Mary Vučajnk, a New Zealander with Croatian roots to make a decision that would change her life.

“Folklore is to blame for everything,” the former member of the folklore ensemble ‘Kralj Tomislav’ from Auckland says with a smile on her face.

Folklore was and remains the strongest link between the Croatian community in Auckland and the Homeland. During a tour with the group back in the early 1990s, the then Minister of Culture Božo Biškupić asked: ‘Why would you move to Croatia?’. She answered: ‘Because of love’, not realising at the time she would then meet her future husband on the trip, move from New Zealand to Brezovica, just outside of Zagreb, and raise a family in the country of her parents. 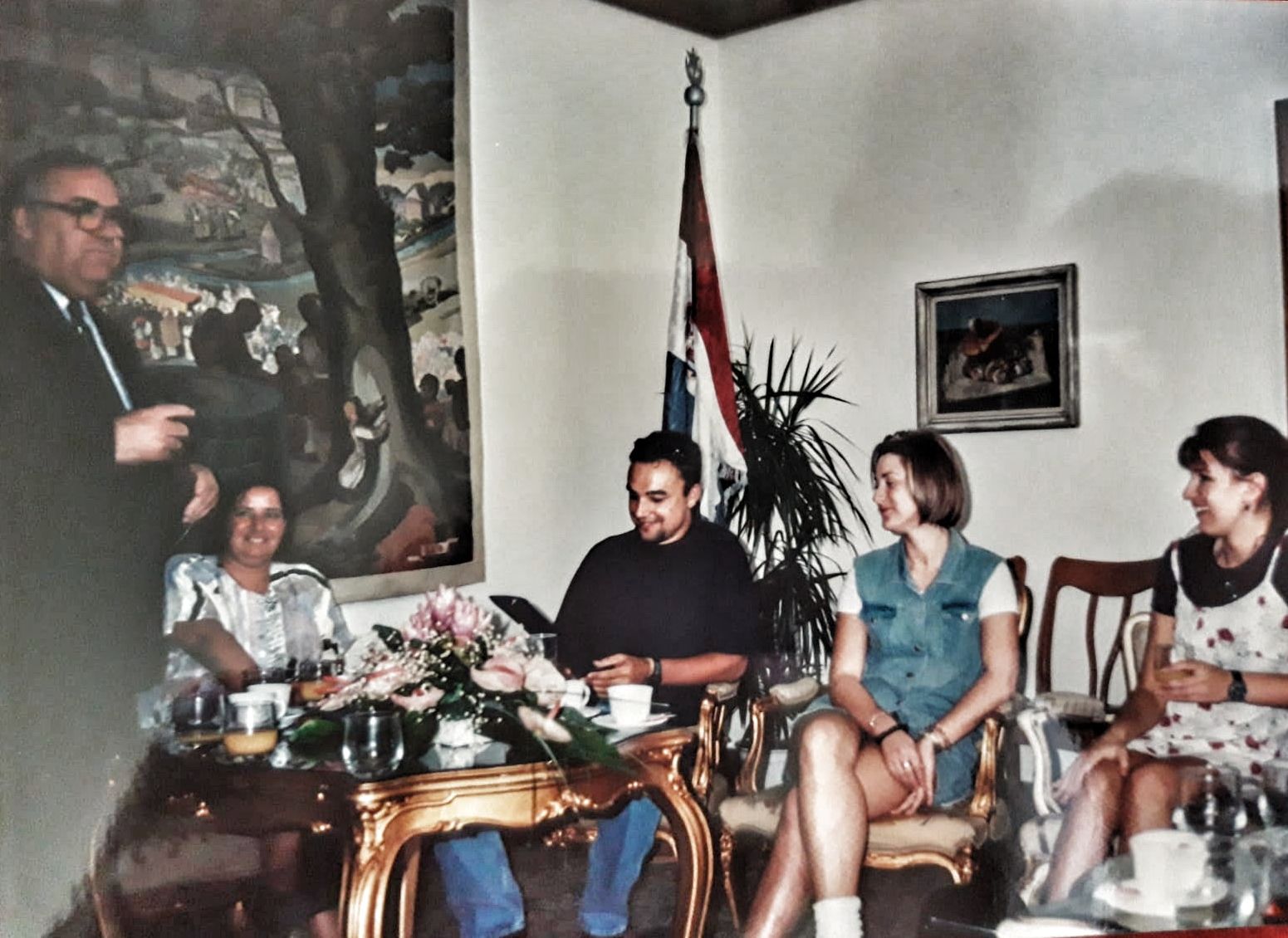 “Then, I only knew Bruno for three months. I returned to New Zealand and worked and saved money for a year. I then decided I would move to Croatia,” Mary Vučajnk recalls.

The decision came as a shock to her family and friends. They were shocked that she was going to go to post-war Croatia, from prosperous New Zealand, which at that time was receiving numerous visa applications from Croatia. After the Homeland War, many sought their future in New Zealand but despite that, Mary decided to head the other way to Croatia. 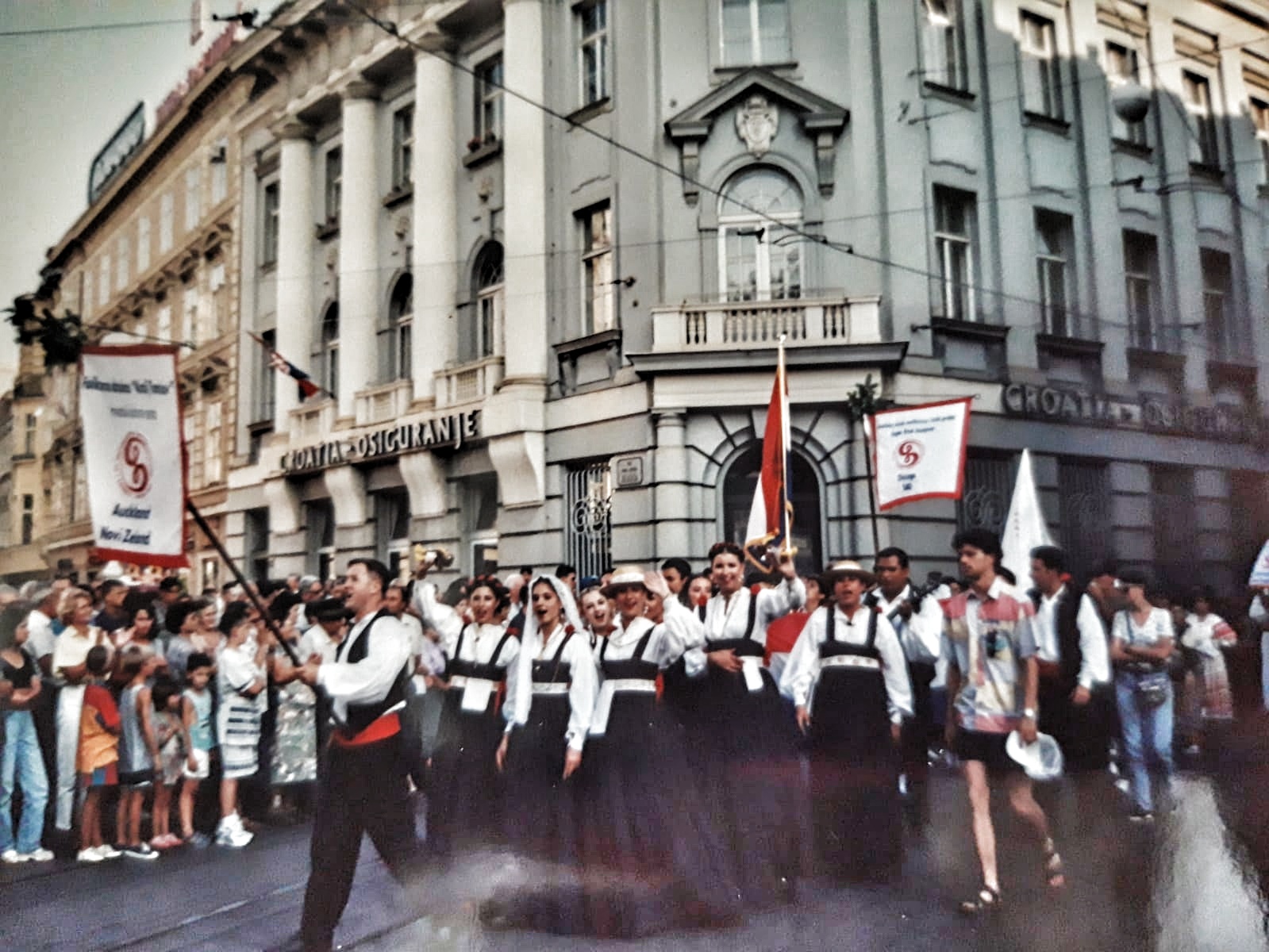 Mary with ‘Kralj Tomislav’ from Auckland in Zagreb during that tour

She is aware today that she made that decision with her heart and not her head.

When she arrived in Croatia, bank cards were ‘science fiction’, there were ‘long waits everywhere at counters’ and there was no real communication network. She had to get used to everything, but after more than two decades, Mary rarely compares life now in the two countries. 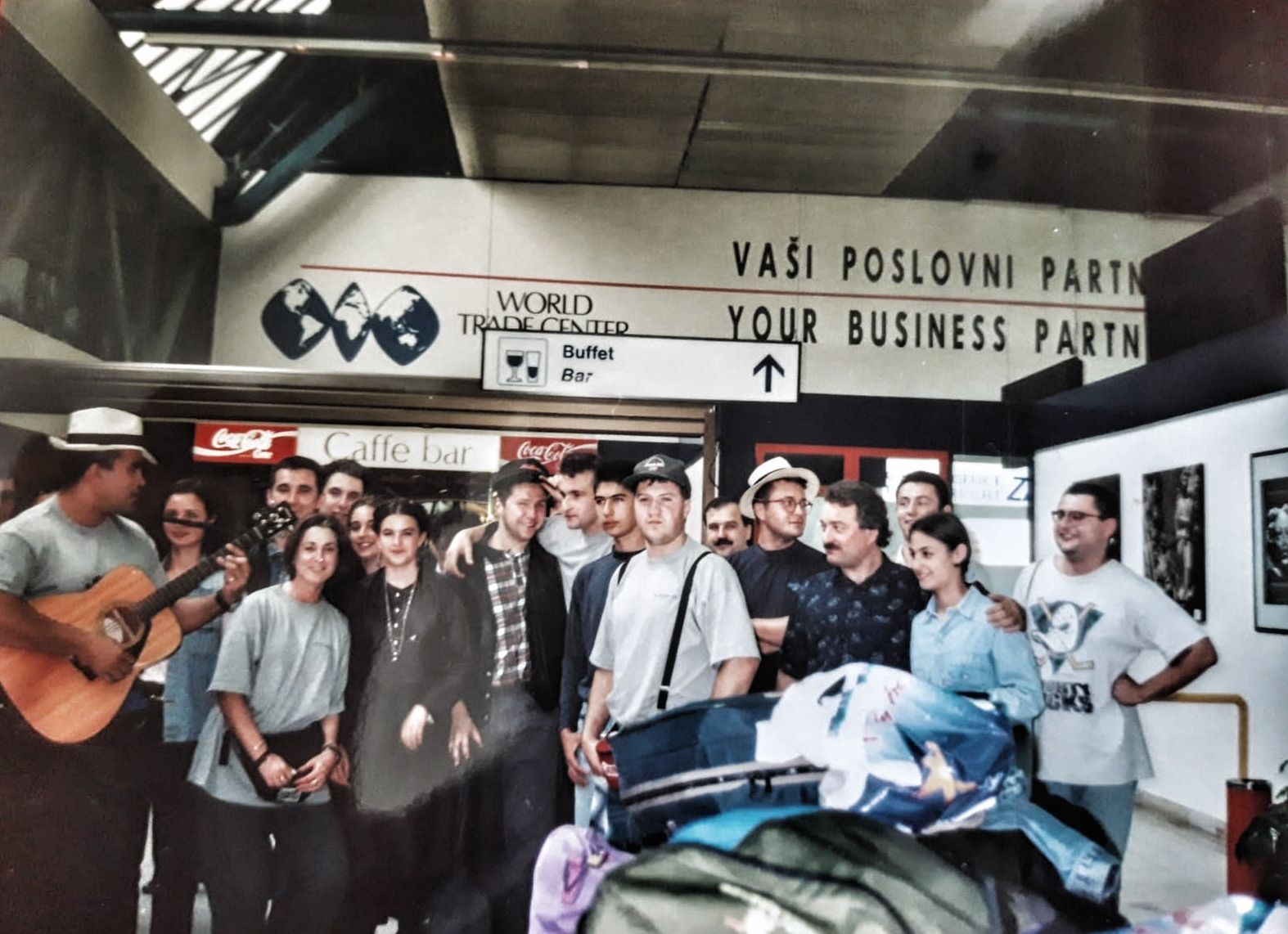 The folklore group at the airport in Zagreb

“New Zealanders and Croatians are very different in a lot of ways, firstly, over there people put work in first place, they do not go out during the week, are committed to work and earning money. Croats, I think, are doing their best to enjoy. Going out and socialising are not excluded during the working week. If they are in the mood, they will have fun on a Tuesday and a Saturday,” Mary says.

When she first arrived in Croatia, Mary says she found it difficult to find a job due to not knowing the Croatian language well enough. She says that whilst she did learn the language growing up with her family, it was not at a satisfactory level and that cases and grammar were a ‘real nightmare’. 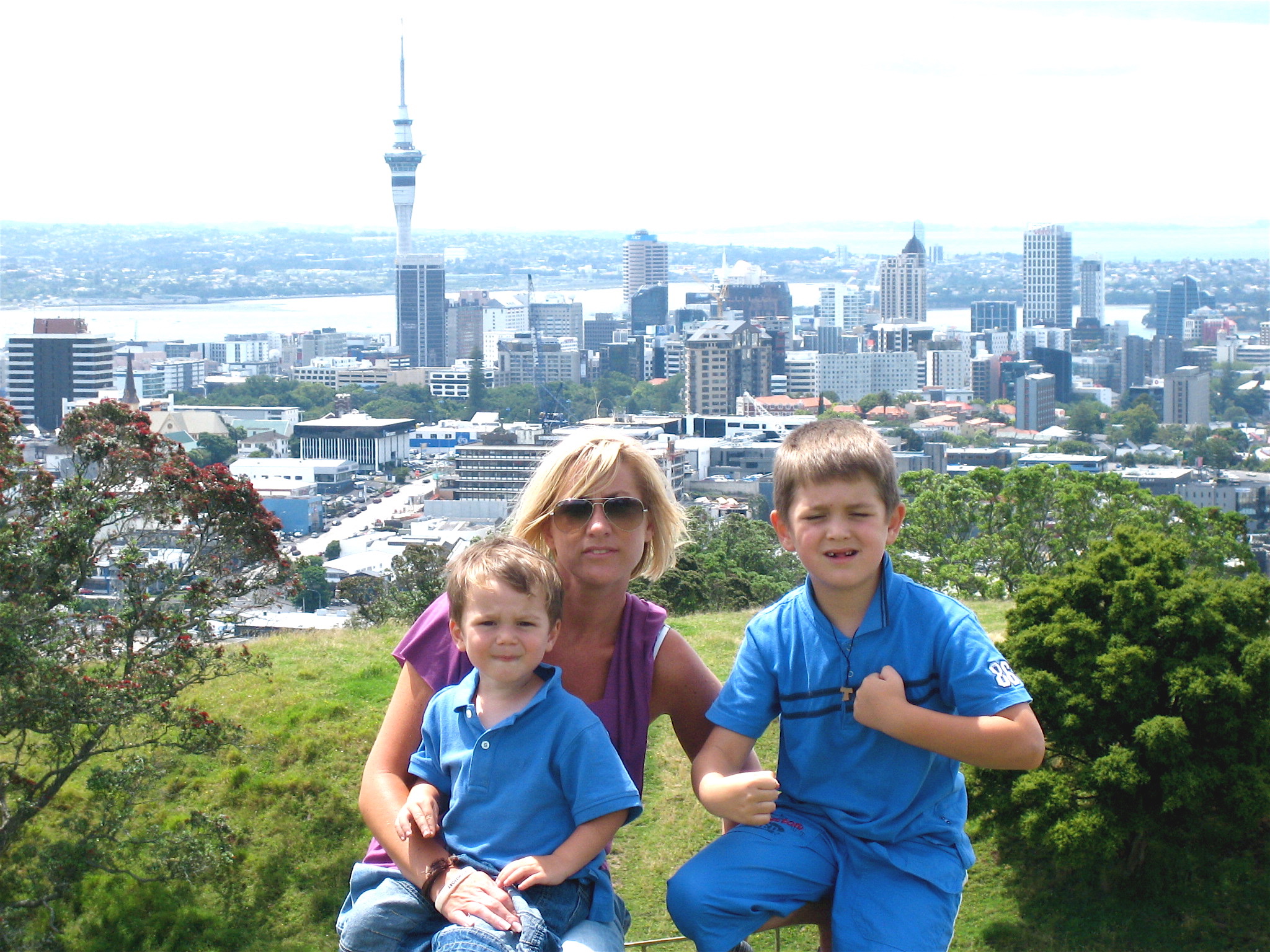 Mary during a visit to Auckland with her boys

Mary, who had graduated from Auckland University of Technology, soon found a job at an international school in Zagreb where she taught English. That job would open up the door to her current profession as a paralegal for a representative of Intellectual Property. She says she is very satisfied with her current job which is all conducted in English.

Mary at home in Brezovica being interviewd

Mary often remembers her parents’ words: ‘Why are you leaving when you have everything on a plate here, house, car, stability?’. Now she has all of that in Croatia, but it was not that way for her parents.

“Their life was the opposite. My grandmother moved to New Zealand because her brother was living there. My late grandfather went missing in Beliburg and she was a widow so decided to go to New Zealand.”

“When she settled in, my father, mother and sister, who was one year old at the time, went to visit her for six months in New Zealand and ended up staying. They were among the first from Slavonian to move to Auckland.” 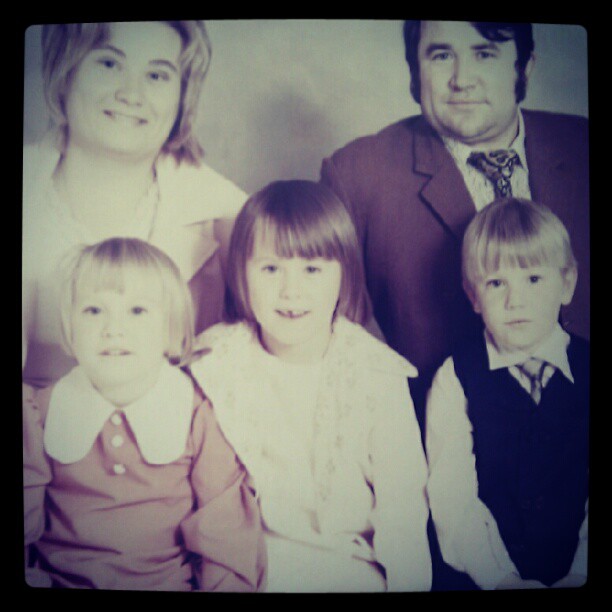 Mary with her parents, brother and sister

Mary says the decision to move to the land of her ancestors was definitely the right one: “I have been here for 23 years. I have lived 23 years in Croatia and I left Auckland when I was 23. Now I am exactly half and half in both places. 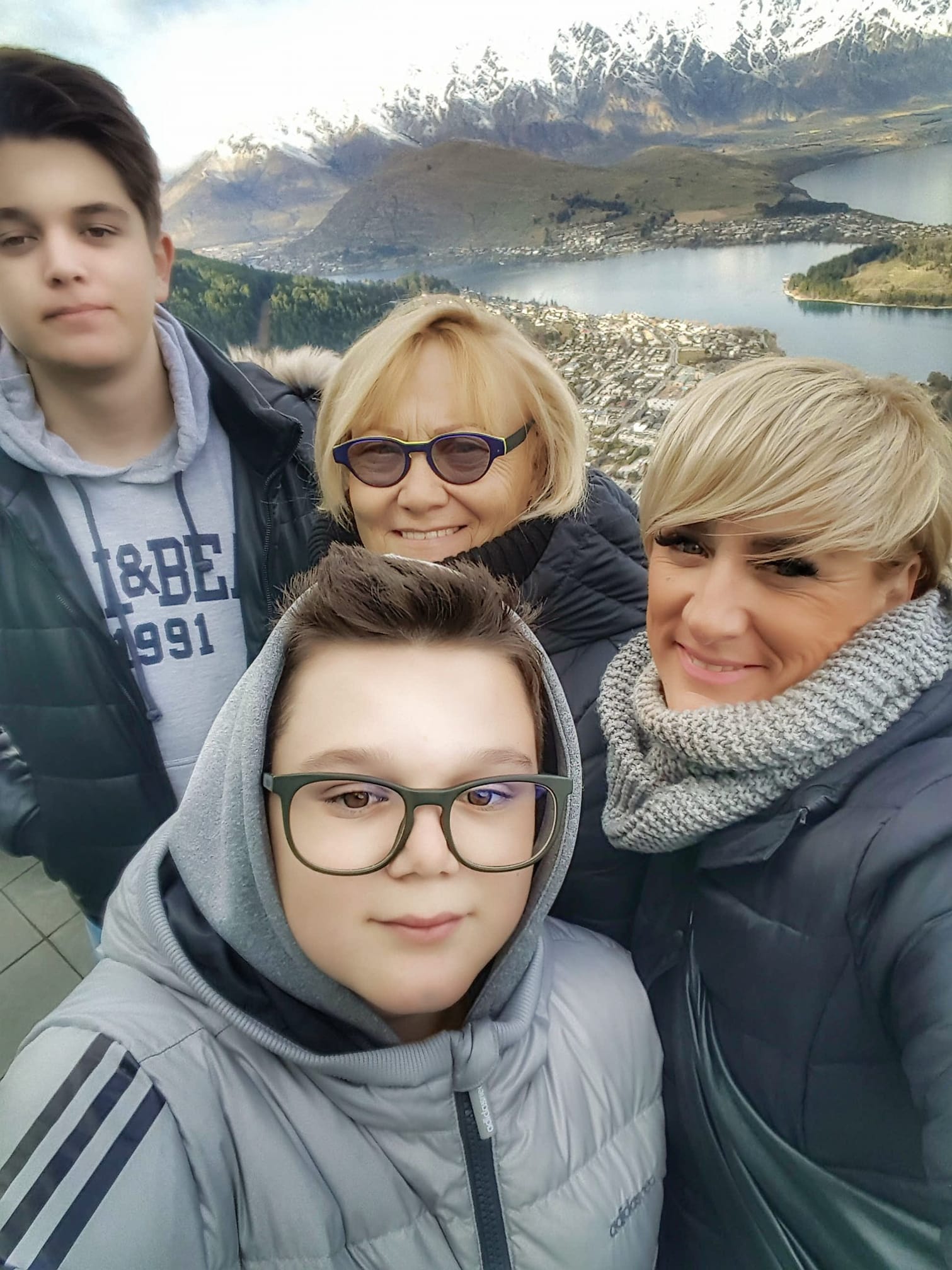 Mary with her mum and sons in New Zealand

Mary’s mother now spends six months in Croatia and six months in New Zealand. Her father passed away recently, as if it was destiny, in Croatia, the land he loved immensely, says Mary: “The day when it happened my father asked me if I was happy, I said I was and that day he passed away.” He returned home forever.

“Always listen to your heart because that way you will get to know yourself the best,”says Mary, who followed her heart and made Croatia home. 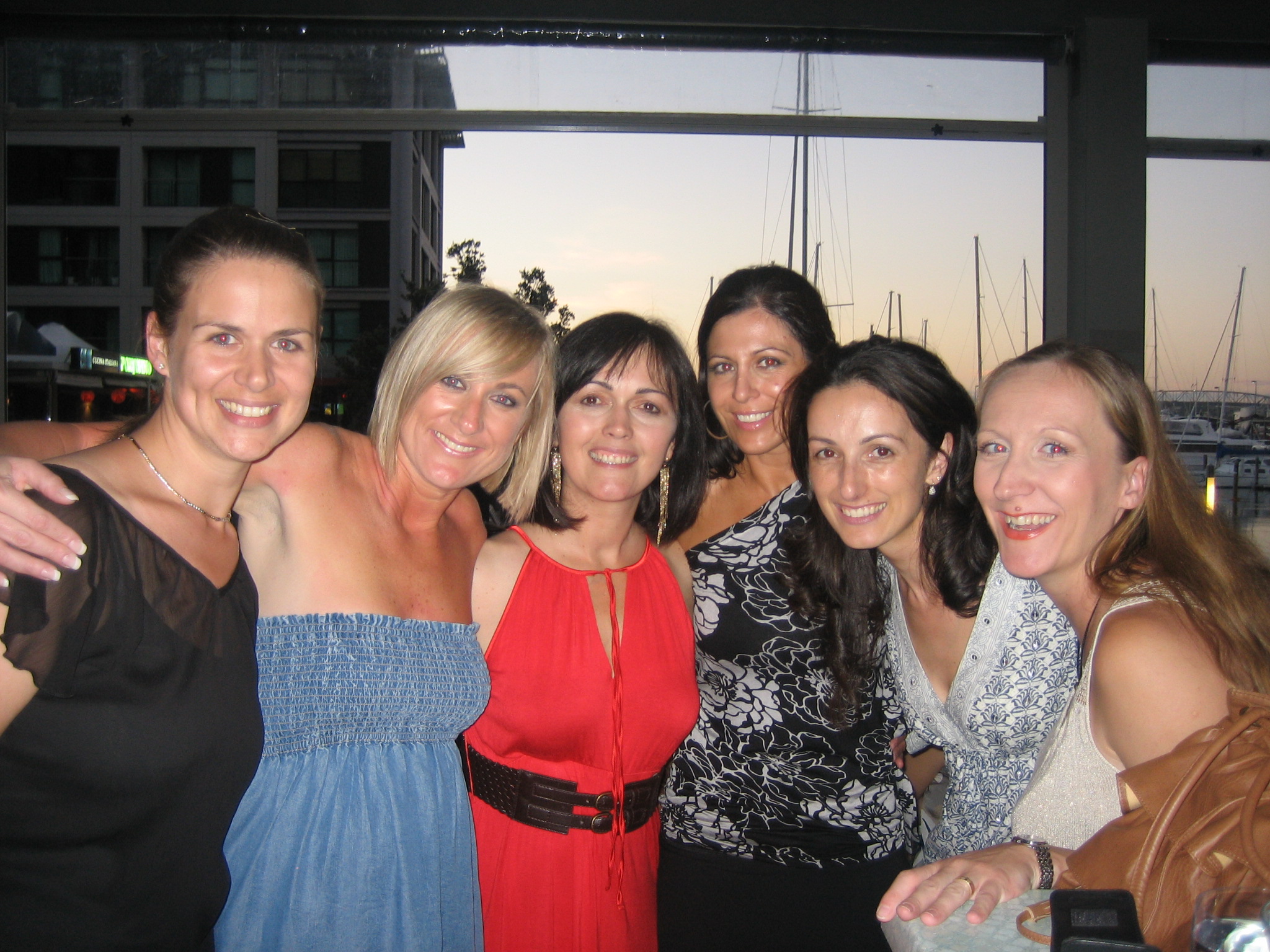 You can watch the interview with Mary and more about New Zealand/Croatian connections in the programme Globalna Hrvatska on Glas Hrvatske/Hrvatska radiotelevizija on the link here.