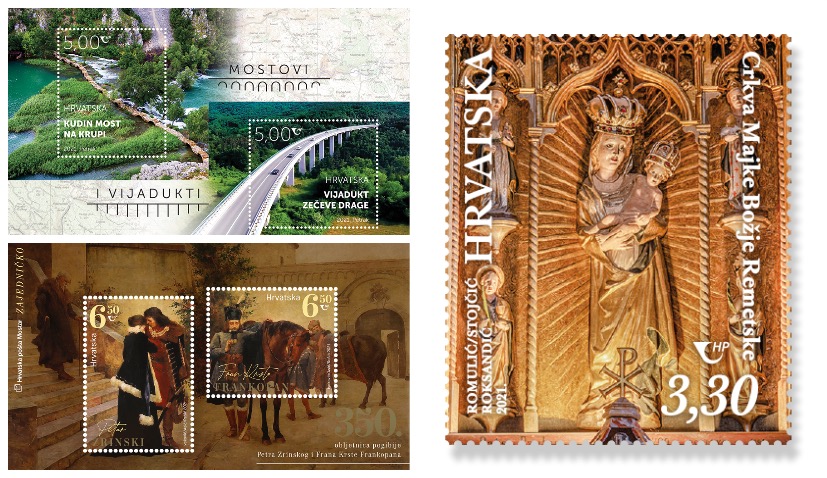 ZAGREB, 14 April 2022 – Croatian Post has selected the winners in its traditional annual competition to find the most beautiful Croatian postage stamp of the last year.

The most votes went to a postal block with two stamps titled “350th  anniversary of the deaths of Petar Zrinski and Fran Krsto Frankopan ”. 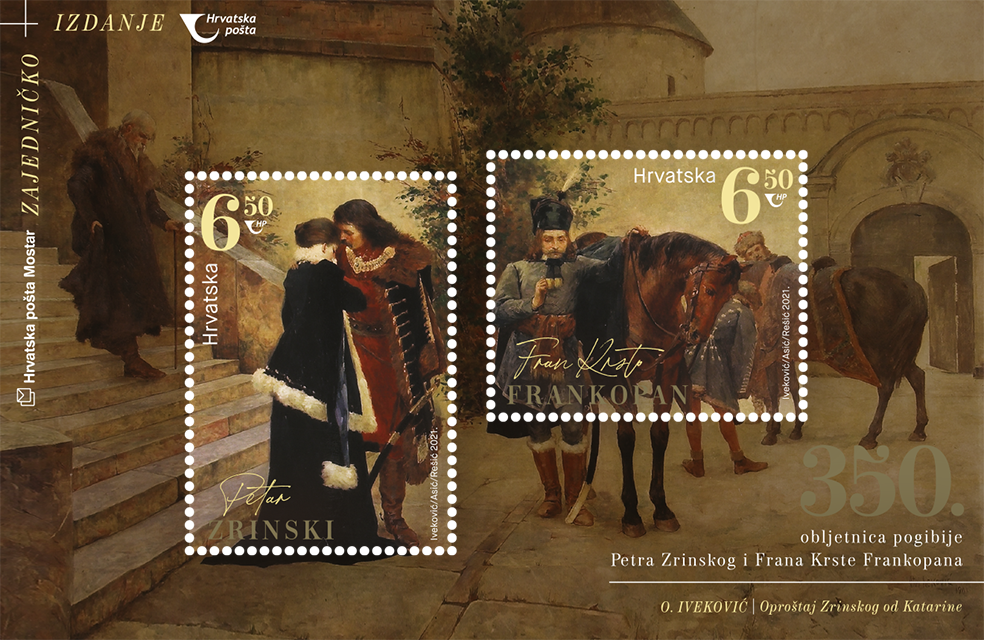 The commemorative block is the work of Zagreb academic painter and designer Sabina Rešić and is a joint publication of Croatian Post and Croatian Post in Mostar.

In second place is a commemorative stamp from the series “Croatian Marian Shrines” depicting the miraculous statue of Our Lady of Remet from the church of the same name. 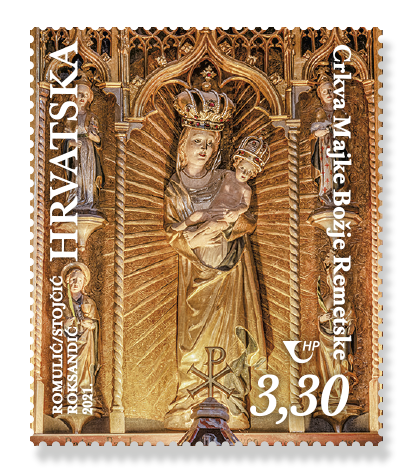 Third place went to another postal block with two stamps “Bridges and viaducts” on which the motifs are Kuda’s bridge on the river Krupa and the viaduct Zečeva draga on the Rijeka – Zagreb highway. 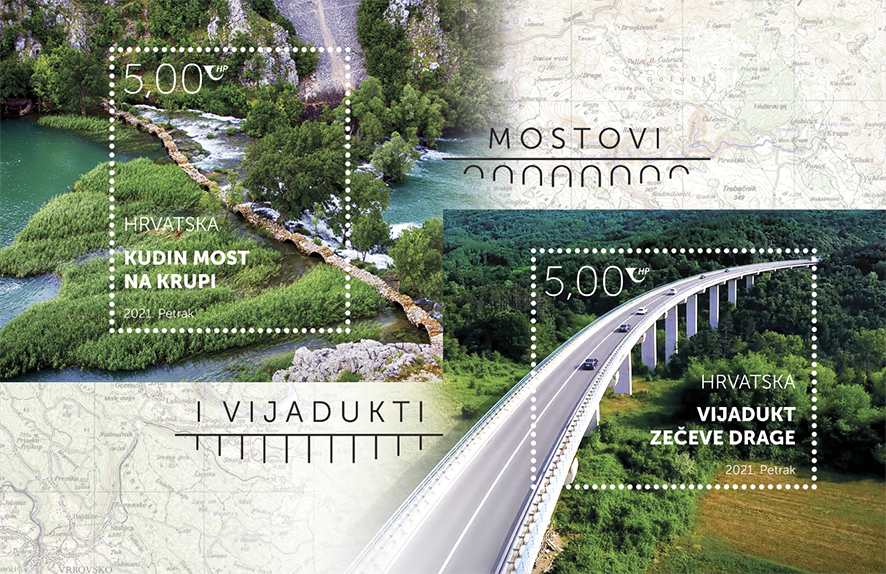 Croatian Post has been conducting the selection for the most beautiful postage stamp of the Republic of Croatia since 1997, and this year voting took place from 1 to 31 March. Voters could vote by mail – by sending ballots – or online.