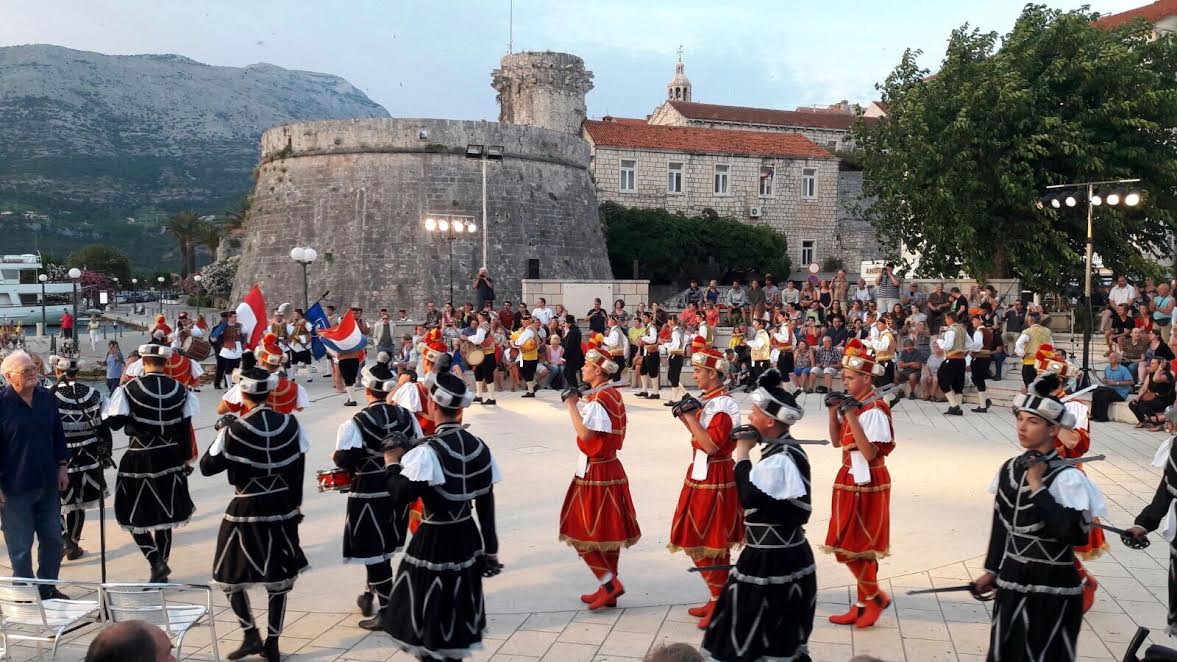 Croatia is known to have a long and interesting history. That also includes rich folklife, stories, and dances that can also be connected to folk drama. Moreška is one of those – a traditional sword dance and drama from the island of Korčula.

This dance involves two groups, red and black, Christians and Moors, and represents a battle through the seven different dances. The reason for the battle is, as it usually goes, the fate of a young woman called Bula.

Unfortunately for Croatian tradition, moreška isn’t originally from Korčula. Still, its history on the island goes back to the 15th and 16th century. Even before that, in 1273, moreška was present in the town of Trogir. This dance draws the similarity from the Spanish, original version, and it recalls the battle of Reconquista in the Middle Ages, around 1150. It represents the years of fighting between Christians and Muslims (Moors). The performance begins with the Black King trying to persuade Bula, who is in love with the White King, to come with him. The battle between the Kings and their armies begins and after the exciting rhythm and the clash of the swords, the White King rescues the maiden.

Many festivals around the world share this dance theme of battle and conquest. Besides, Korčula is also a home to two similar dances, called Mostra and Kumpanjija. As a part of the Mediterranean version of the dance, Croatian Moreška is today the only one still being performed. It is also the only version, even outside this area, in which two swords are being used during the battle between the warriors (Moreškanti).

Another interesting fact is that only locals can participate in the performance. This is why Korčula families consider it a great honor and pride.

The show used to last up to 2 hours, but today it is decreased to half an hour since the performances are being held every week in summer, and not only on special occasions as it used to be, usually on the Day of Saint Theodore (Todor), the patron of the island.

This summer, a modern version of moreška, combined with pop/rock/blues, could’ve been seen in the town. This new performance was also an introduction to the revival of the old buildings and functions around the Korčula which are about to start this fall. Symbolically, it started with the old version of moreška continuing in the modern days.

So, next time you are near Korčula, be sure to spare some minutes to enjoy this unique Mediterranean version of the dance between the love and battle.