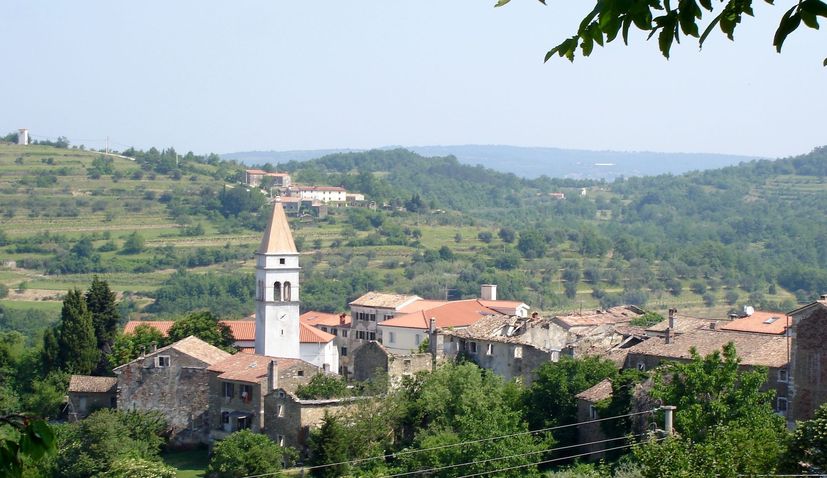 ZAGREB, 3 August 2021 – Croatia’s Ministry of Agriculture has reported today that Muscat from Momjan in Istria has become the 18th Croatian wine with a protected designation of origin in the EU and that a register of designations of geographical origin of the EU has been entered in eAmbrosio.

On August 2, the European Commission (EC) announced in the Official Gazette of the EU that the Croatian wine Momjan Muscat received the European protected designation of origin, which entered this product in the eAmbrosi register of EU geographical indications, according to a statement from the Ministry.

The name combines the name of a grape variety (Muscat / Moscato, from the Muscat white variety) and the name of the geographical area (Momjanski / di Momiano) after Momjan, which is located in the northern part of the Istrian peninsula.

Although the Muscat white wine is traditionally or to a greater extent traditionally grown in various areas of Istria, Momjan has long been known as a typical area for growing this wine. The natural conditions of climate, soil and relief that characterise the wider area of Momjan are extremely suitable for growing the variety Muscat white, as evidenced by numerous historical sources, events on the theme of Muscat traditionally held in Momjan, as well as a significant number of families of winegrowers and winemakers. who have been producing this wine for generations.

Momjan Muscat is a white wine with a rich taste and pronounced varietal aroma.

The request for protection was submitted to the Ministry of Agriculture by the Association “Vino Momilianum”, and the specification for the mentioned product was prepared by the Institute of Agriculture and Tourism from Poreč and members of the Association Vino Momilianum. geographical area (Momjanski / di Momiano) in Momjan, located in the northern part of the Istrian peninsula.

In addition to 18 protected designations of origin of Croatian wines at the EU level, 6 geographical indications of strong alcoholic beverages and one geographical indication of aromatized wine products, Croatia today has as many as 31 agricultural and food products whose name is registered in the European Union as a protected designation of origin.