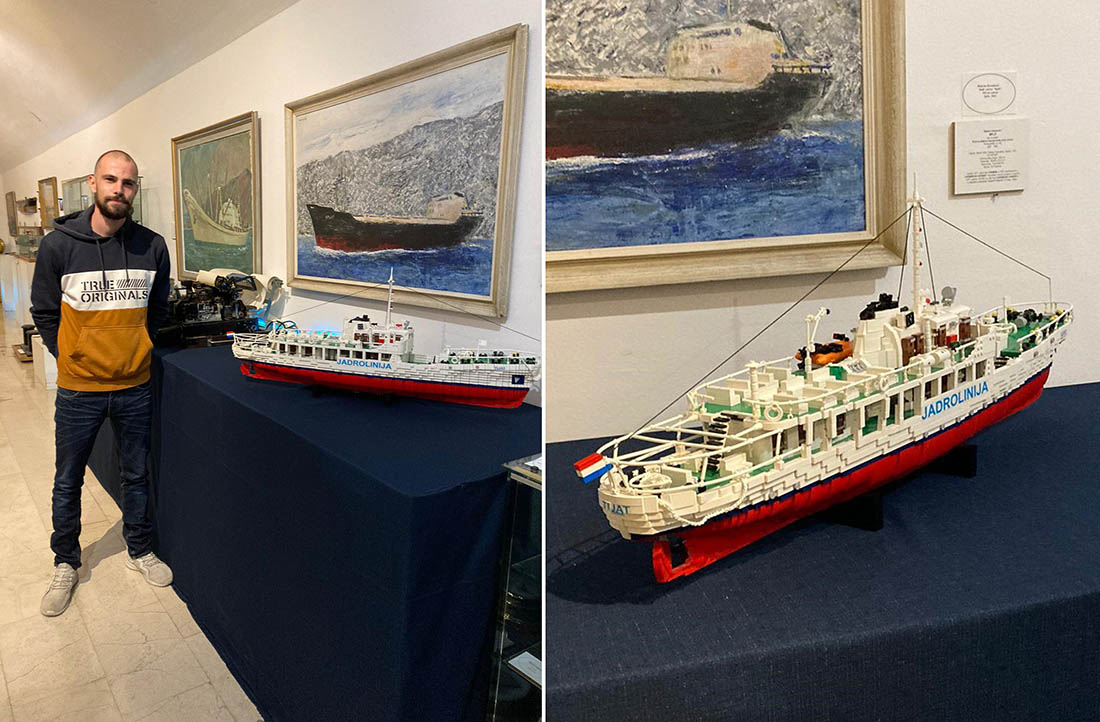 Domagoj Trlaja with his model ship made from LEGO bricks (Photo: Croatian Maritime Museum in Split)

A model of a ship built in Split in 1955 has arrived at the Croatian Maritime Museum in Split. That in itself would not be news considering that the museum has over 200 exhibits of models, but the material is what makes this model special.

The new edition to the museum is a model of the legendary ship “Tijat” which was made by 28-year-old Domagoj Trlaja from Šibenik from LEGO bricks.

The ‘Tijat’ is a classic passenger ship within the fleet of the Croatian shipping company Jadrolinija which was built in 1955 in the shipyard Brodograđevna industrija Split. The capacity is 300 passengers, and it sails on the route Šibenik – Zlarin – Prvić Luka – Šepurine – Vodice. Why the “Tijat” and why LEGO cubes, Morski.hr asked Domagoj?

LEGO because I have always played with them. Since I was a child it was always interesting to disassemble a LEGO set that I would get and put something out of my head, of course it stopped in my teenage days. Then a couple of years ago I saw on the Internet that there is a club ‘CUBES’ and so little by little I learned various things related to the LEGO community more accurately called “AFOL – Adult Fan of LEGO,” he explains, before adding.

“When I decided that I wanted to make a model of a ship made of LEGO, I chose as a logical choice for the first model of the good old “Tijat” which, like many people from Šibenik, I sailed on to the nearby islands.” The project from start to finish took Domagoj two years and now he is sharing the project with the public.

“I decided it would be nice to allow a wider audience to see her. In agreement with Ljubomir Radić, the director of the Croatian Maritime Museum in Split, we have now realised that,” explains Domagoj. 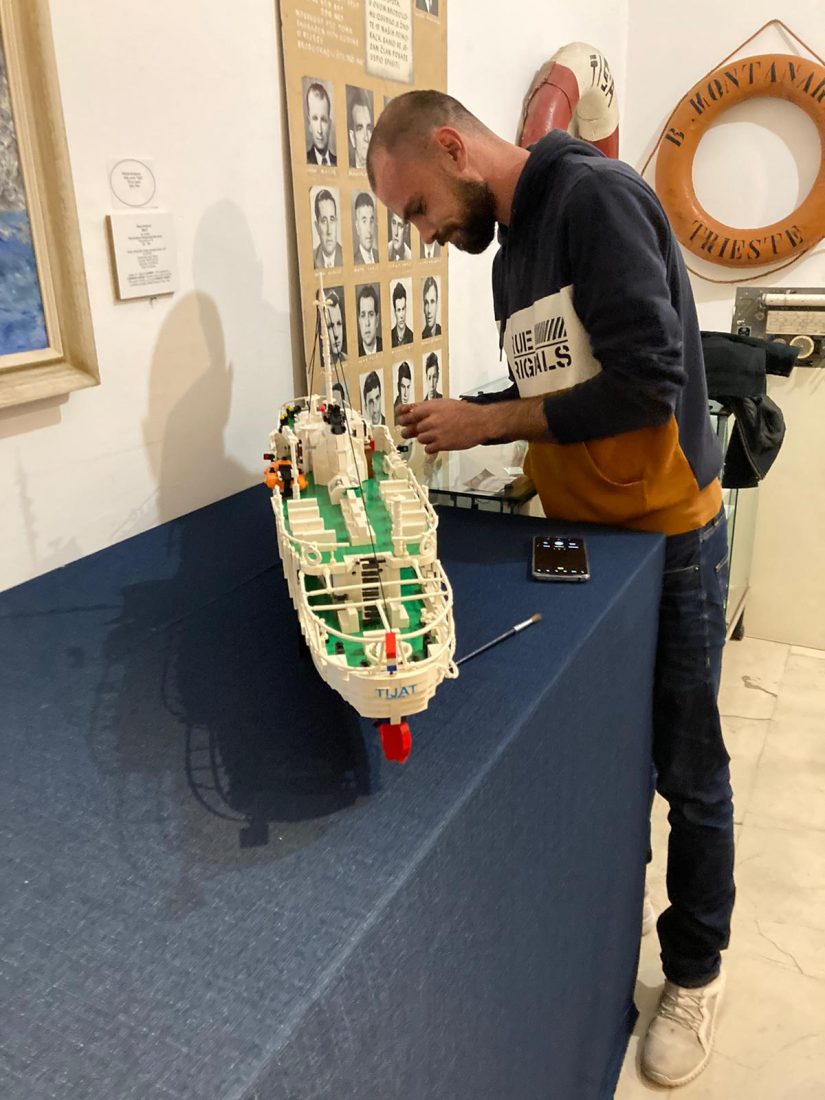 “The model arrived at the right time, when children and students often come to the museum to participate in activities related to the feast of St. Nicholas and the upcoming Advent workshops. It will surely arouse a lot of interest and attention. The museum is planning further activities related to this unusual addition to the holdings, and in order to inspire audiences of all ages to be creative, looking for new types of experiences related to the sea and seafaring,” said the museum director, Ljubomir Radić.