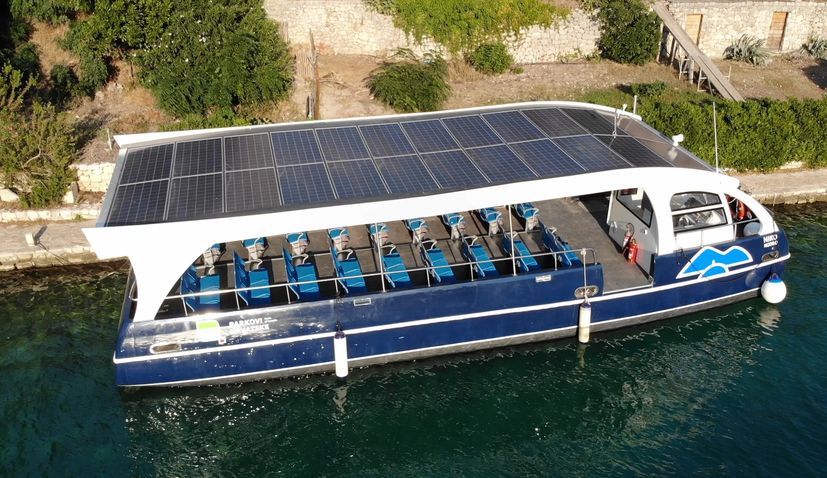 ZAGREB, 15 Feb (Hina) – Solar energy powers vessels made by Tomislav Uroda of Zagreb who wants to make that mode of transportation more ecological, faster and more comfortable, and his self-sustainable vessels have been doing just that on Mljet island for several years.

Frustration over the scarcity of ferry lines between islands prompted Uroda to try and find a solution to that problem in his own workshop. The idea of having several smaller, energy efficient boats, acceptable in terms of the European future of reduced greenhouse gas emissions, fight against climate change and investment in green technologies, operate on a daily basis instead of one big vessel, has become a successful international story.

Some ten years ago, the then young graduate of mechanical engineering and naval architecture who hails from the island of Murter started a business called iCat, and since then he has become one of the world’s leading innovators, offering solar and electric boats.

The need to connect the island with the mainland, make transport faster and more comfortable and overcome the problem of lack of fuel on the island were the main problems in the Mljet National Park, where the first three solar-electric catamarans made by Uroda’s company operate. The babyCat vessels, running on energy from solar panels on the boat top, are the first self-sustainable vessels of the kind in the world.

They can develop a speed of up to 9.5 knots and can take in a maximum 54 passengers. Surplus solar energy is stored in batteries on the boat.

The babyCat vessel is also equipped with chargers, which means that its batteries can be additionally charged while the vessel is docked on the coast, Uroda told Hina in an interview, noting that so far, there had been no need for additional charging as the vessels that had been operating on Mljet island during the summer months for the past few years obtained a sufficient amount of energy from the solar panels.

Uroda said that for some time now the company had again been receiving requests for information about the vessels, following the lockdown caused by the coronavirus pandemic.