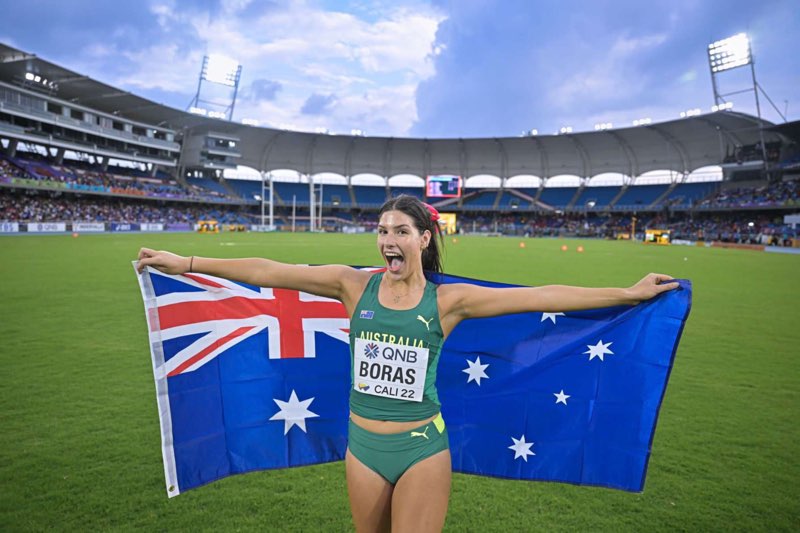 Tiana, who has Croatian roots, won the bronze medal in the Women’s Triple Jump Final at the World Athletics Under 20 Championships in Cali, Colombia. 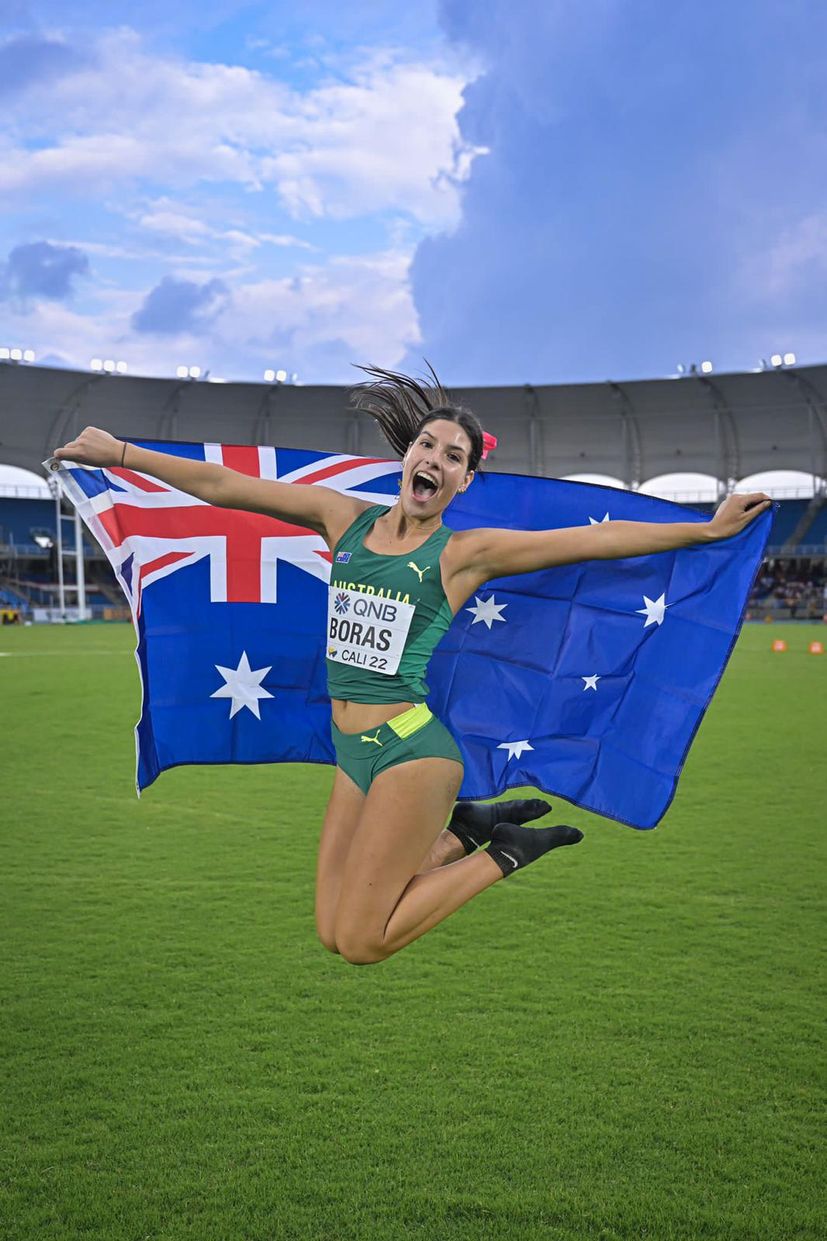 Her leap of 13.30m was the longest ever by an Australian at a World U20s, and just 6cm short of the Australian U20 record. Her efforts in Colombia saw her jump from 23rd to 12th in the Australian open women all-time ranking. 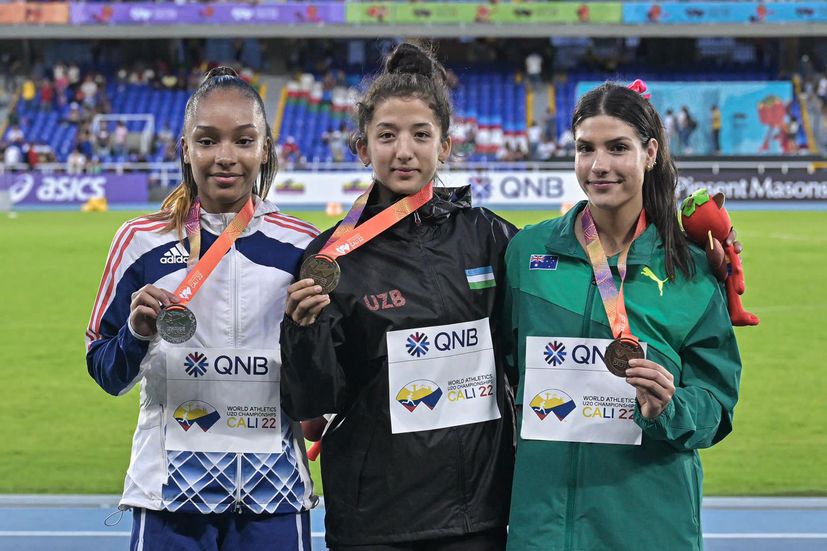 Born and raised in Geelong, a city with a strong Croatian presence just just outside of Melbourne, Tiana is proud of her Croatian heritage.

“Both my dad’s (Jozo) parents are from Hercegovina. My grandmother from Čapljina and grandfather from Posušje. My mum’s (Anita) mum is from Međimurje (Donji Vidovec) and her dad is from Dalmacija (Cista Velika),” Tiana tells us, adding that her Croatian heritage played a big part in her childhood.

“Both my parents and grandparents were very active and part of the Croatian Community in both Geelong and Melbourne. I have many friends who are of Croatian background and would often attend the Croatian clubs for functions or have a nice Croatian lunch or dinner. I also attended Croatian school for many years to learn the language and culture,” Tiana says.

Tiana has visited Croatia on two occasions, her last being back in 2015.

“Croatia is so beautiful throughout and I was lucky enough to visit many places, however, my favourite places would be Makarska rivijera and Bol on the island of Brač. I loved all the food but ražnjići would be my favourite. I also enjoy pršut at every opportunity and of course love to eat any Croatian dessert,” she says.

Tiana got into athletics when she started little athletics with her friend Chanel Šimovič, another with Croatian roots, at the age of 8. 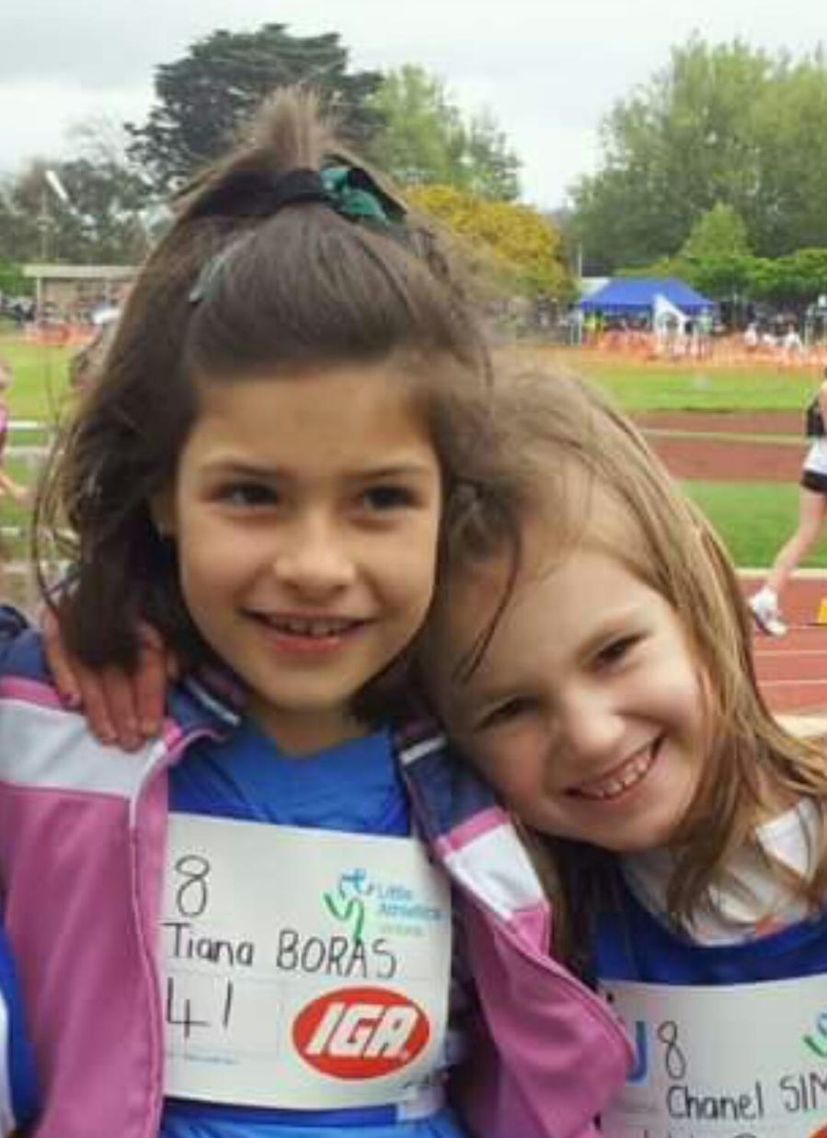 Tiana and Chanel on the podium (Photo: Private album/supplied)

“The beauty of little athletics is that you participate in all events ranging from sprinting, jumping, throwing and my least favourite, long-distance running. So, every week, there would be 5 different events on offer. I also did cross country in the winter season,” Tiana explains.

It wasn’t long before Tiana discovered she was quite quick and good at long and triple jump. The following year, she joined a sprints/jumps squad and continued her rise in both jump disciplines.

“In my first year I won gold in the triple jump and bronze in the long jump at the U9 Victorian State championships which further indicated horizontal jumps was my strength,” she says.

Tiana, continued to shine and has notched up many records along the way, including the Australian and Oceania U18 triple jump record.

Tiana says she was inspired by two people in particular growing up.

“I remember at the age of 8 watching Blanka Vlašić in the 2008 Beijing Olympics representing Croatia in the high jump winning a silver medal and loved her character and flamboyancy however Brooke Stratton (known as Buschkuehl since recently married), the current Australian long jump record holder has been my role model ever since I meet her at the age of 10. I’ve watched Brooke break two Australian records and become an Olympic finalist twice and a few weeks ago at the Commonwealth games in Birmingham win a silver.

Brooke has battled with injuries and health issues but still has achieved great success through hard work and determination. She continues to inspire me and show what is possible even when there are many challenges to overcome. I have been lucky to compete with Brooke at a local level as she is from Melbourne which has been an amazing experience to watch her in action. But more importantly I like her down to earth attitude and lets her jumping do the talking,” says Tiana. 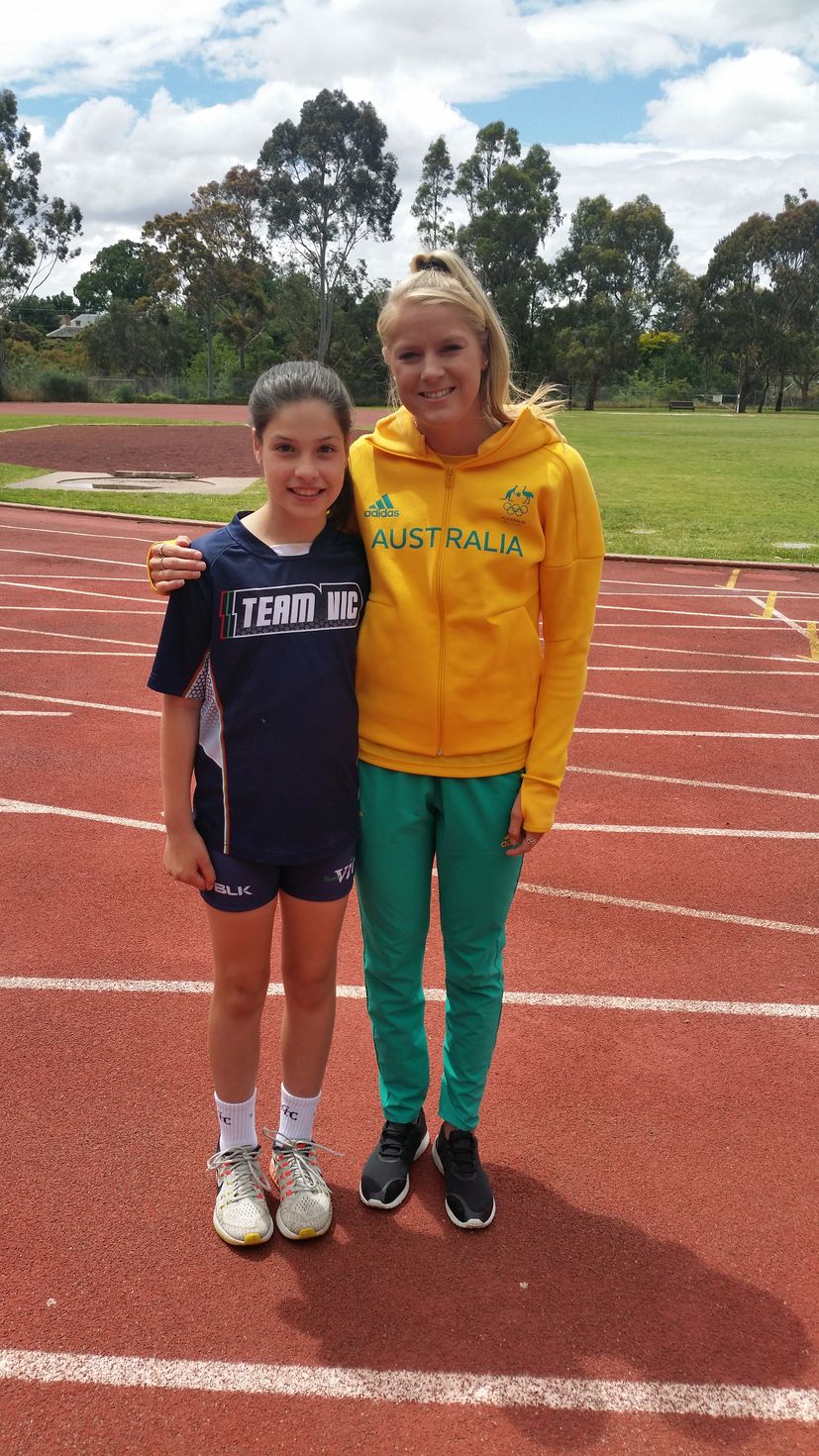 “Even though Croatia is a small nation, we have and continue to produce talented sport people around the world. A recent example in Australia would have to be Nicola McDermott who won a silver medal last year in the high jump at the Olympics and I love watching her compete and enjoy the occasion with a huge smile. I think what makes Croatian people so talented is we are so resilient and not afraid to take on anyone and have this confidence within us to help us reach high levels constantly,” she says.

Given she is still just 17 years of age, Tiana has another opportunity to qualify for the next World U20 Championships to be held in Peru in 2024.

“My goal would be to medal again,” Tiana tells us, before revealing her long-term goals. “My long-term goal is to make the Australian team at the next Commonwealth games to be held in my home state of Victoria in 2026 and be the first Australian women triple jumper win a medal in this event. My ultimate goal is to make the Olympics in either 2028 or in 2032 to be held in Brisbane, Australia and become the first ever Australian women to represent Australia at the Olympics in Triple Jump.” 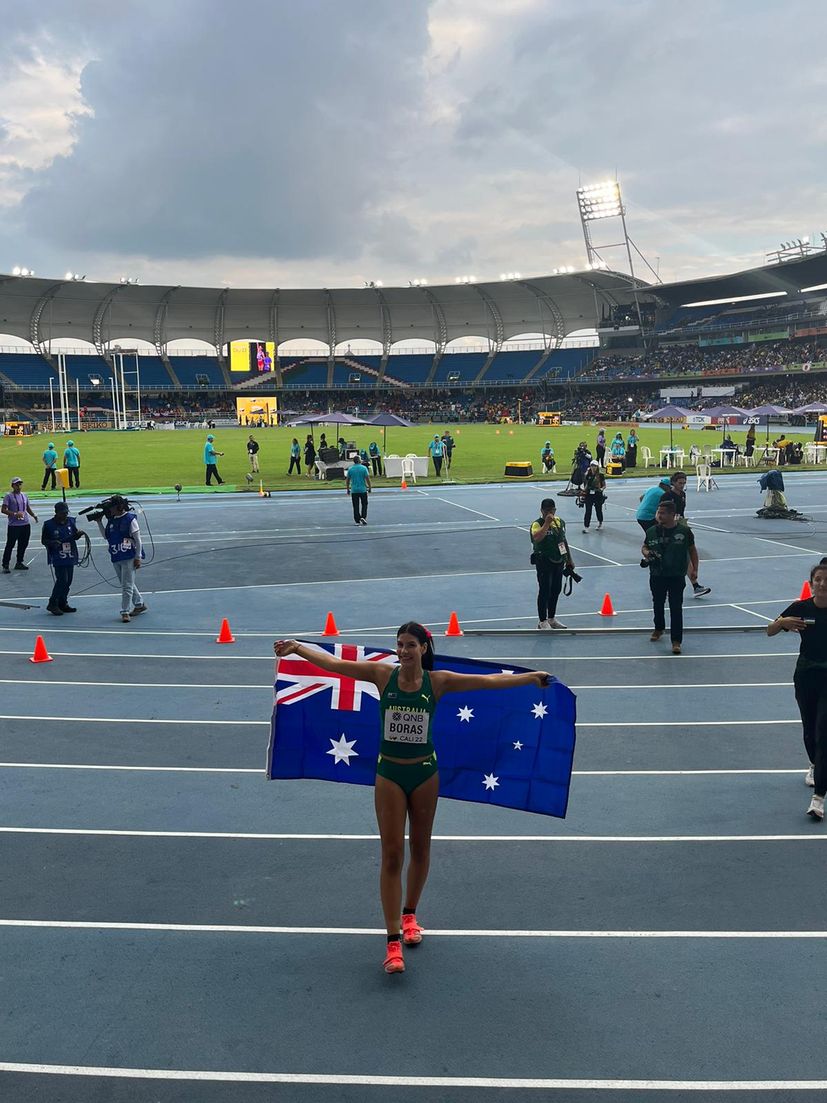 Tiana also hopes to break the current Australian Open triple jump record which currently is 14.04m and one day compete in Croatia. “It would be a dream to compete one day at an International Athletics event in Croatia,” Tiana concludes.