One of the greatest ways to contribute to society is by providing opportunities for your fellow countrymen and consequently building your community economically. Darko Matt Sertić, an American-Croatian who brought his company, Applied Ceramics, to his hometown of Sisak, Croatia has done exactly that and has become the unsung hero of the city.

Before going to meet Mr. Sertić I heard much about his contributions to the city of Sisak, including from the Bishop of Sisak himself. Sertić’s Applied Ceramics is a fabricator of custom-made ceramics, quartz, silicon, and sapphire spare parts designed for the semiconductor, solar, fuel cell, oil drilling and nuclear industries. Often people think that Applied Ceramics produces microchips, but as Sertić would point out, “Applied Ceramics produces the ceramic components for the machines that produce microchips.” 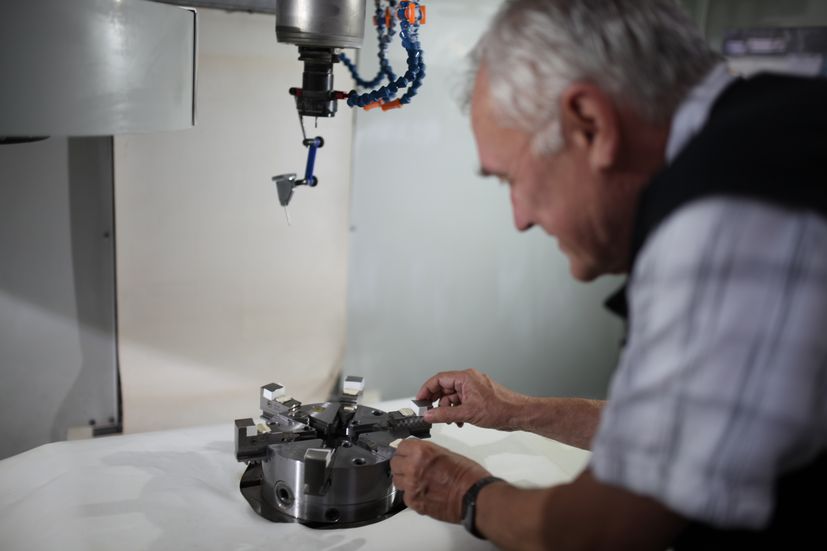 Also, within the same industrial complex, Sertić’s daughter Maya runs Kul IN, a culinary institute that trains students from all corners of the globe. Darko Sertić is also the founder of PISAK, a start up incubator helping local entrepreneurs.

As we were walking to the newly regentrified Steel mill complex, Sertić and I met up with Sertić’s talented daughter Maya. Maya runs the Kul IN culinary institute, also located in the steel mill complex. Maya highlighted a unique feature of this industrial complex which is its Forrest. Most industrial complexes have barren landscape around them, and it is both an aesthetic as well as an ecologically functional feature of the property. 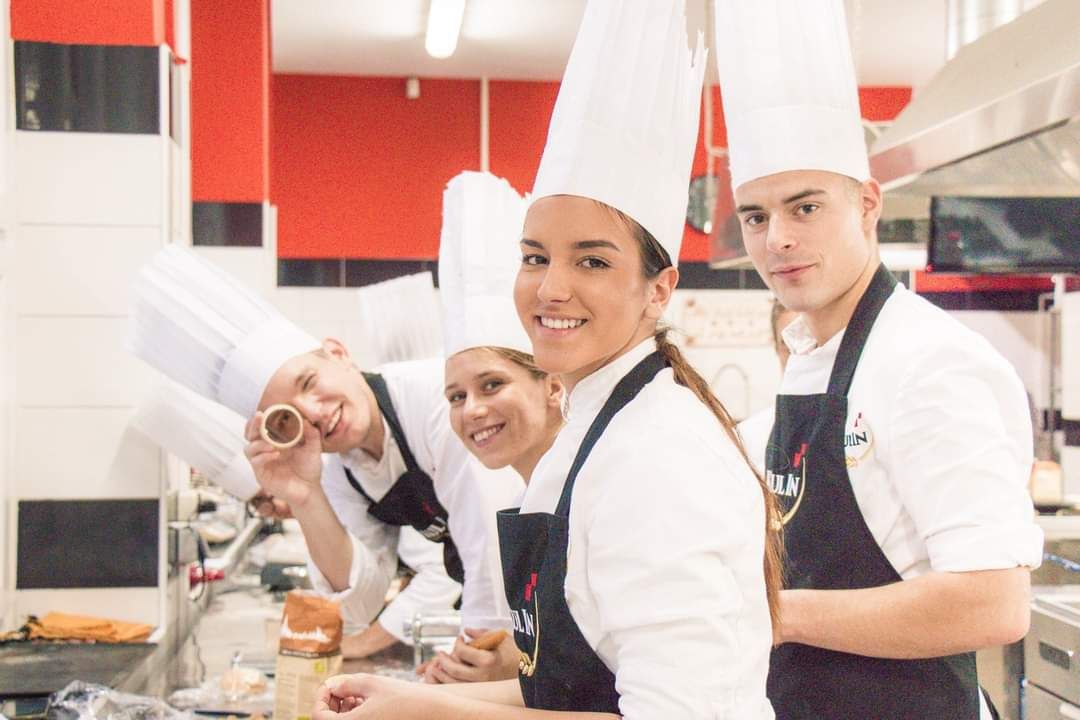 The Sertićs proudly promote their heritage while also promoting innovation and the best of Business. Nothing displays this combination better than the old, repurposed home that is in front of the Kul IN institute. The house was transplanted to the property to host events and other gatherings for Kul IN. 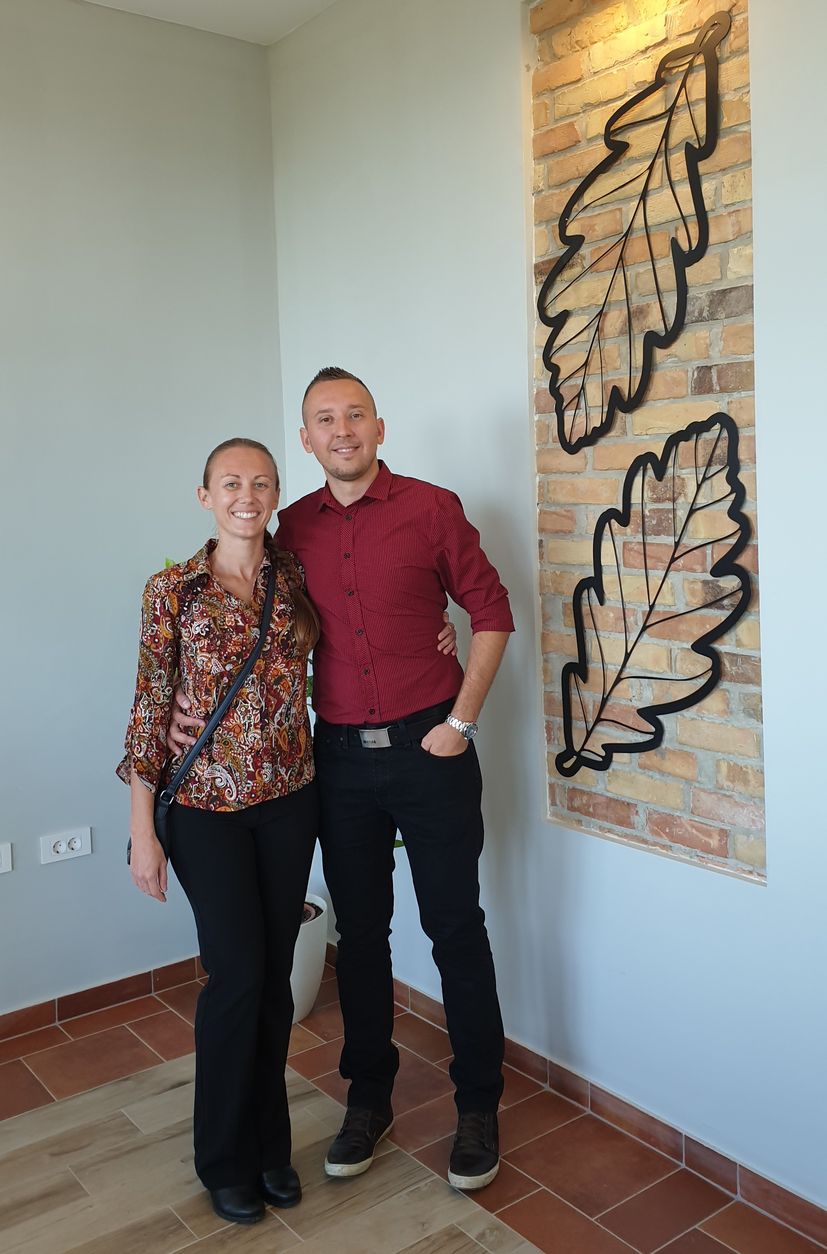 “Homes in Banovina were built with Oak. On the bottom floor families would keep their livestock while on the top floors they would live. As the region is prone to flooding, this is a natural way to safeguard against disasters as well as to live practically,” Sertić explains the design of old Banovina homes. 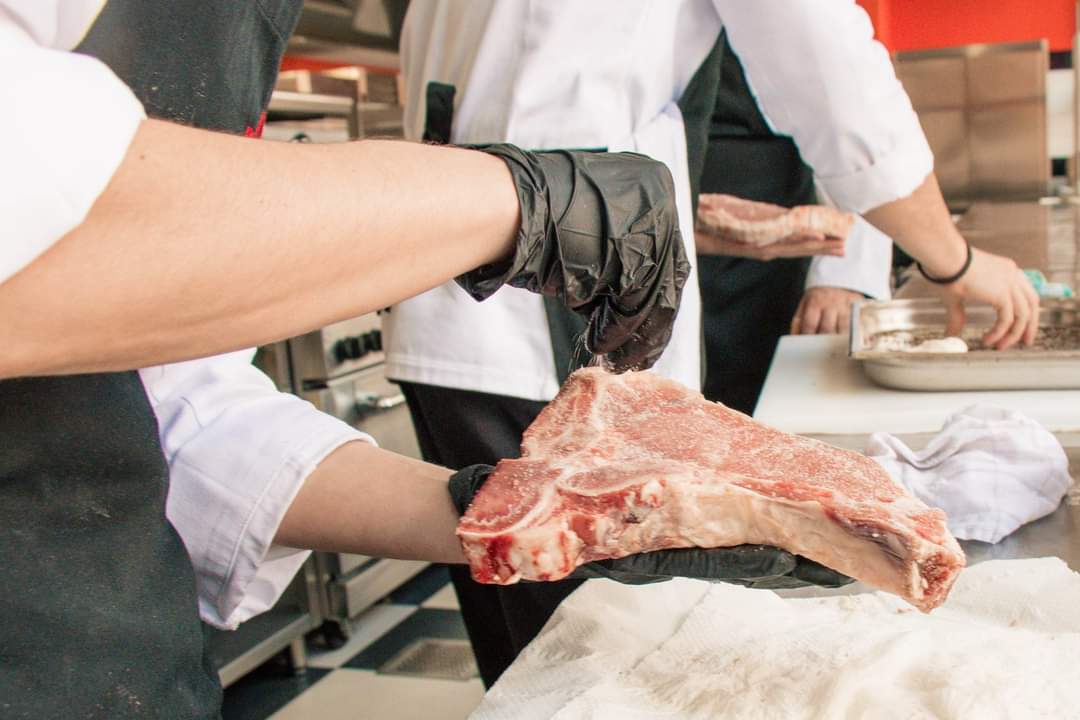 We continued our tour of Kul IN by first visiting the wine tasting room. Maya explains that, “students are taught to distinguish between different aromas and tastes through wine. After students have distinguished between the slight nuances of different wines, they are able to transfer that knowledge to the kitchen.” She also adds that the students have adopted the wine room as the unofficial student lounge for obvious benefits. After our ad hoc wine tasting, we went into the baking room. Reminding me of my own father, Mr. Sertić knew exactly where there were some leftover sweets made by the students earlier that day. One of the benefits of the Kul IN program is the one-on-one learning students receive. Students learn how to cook in the main kitchen as well as in the baking room until they can keep up with the speed of a regular kitchen. Kul IN also houses a restaurant that caters to the other companies in the complex and this is where students of Kul IN gain practical experience before they end their program. 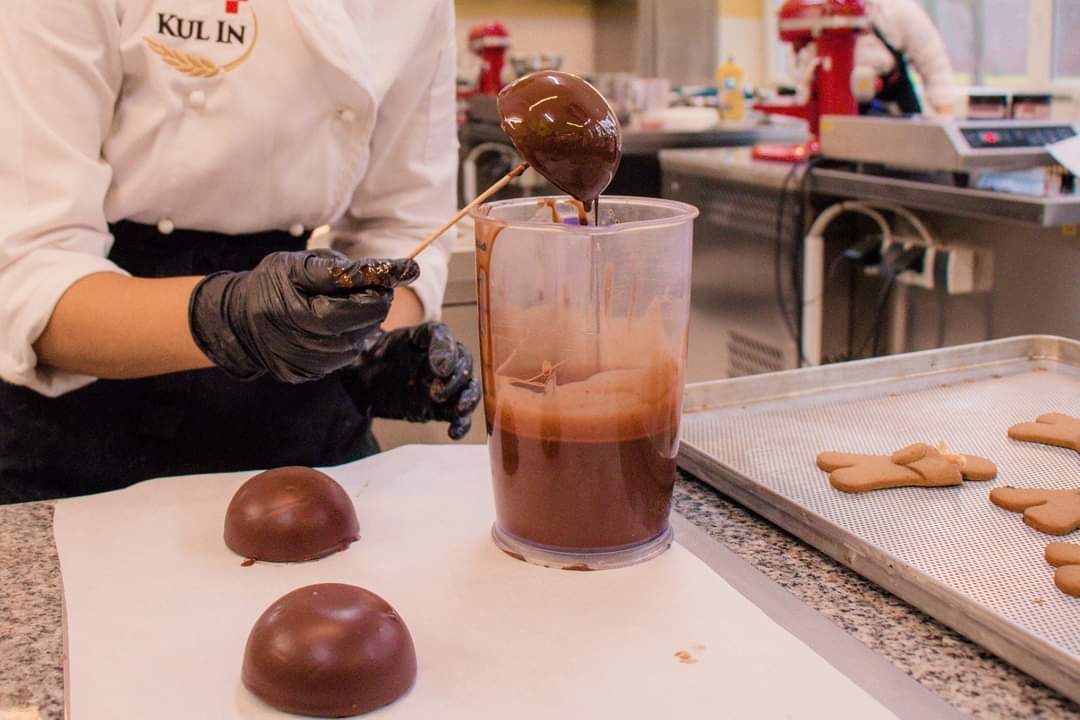 One question I had for Mr. Sertić was why Sisak? Why was Sisak his main choice to produce ceramic components? Although Sisak is Sertić’s hometown, Sertić further explained the technical abilities of the locals. “There are good trade schools in Sisak and therefore many people are good with their hands. That was one of the main reasons we thought we could establish something here.”

Sertić then showed me a picture montage which he proudly hangs in the lobby of Applied Ceramics. In 2008, Sertić paid for young adults from Sisak to work and live in California to learn about Applied Ceramics and its processes. He made a bet with the Ambassador of Croatia to the US on whether or not the young men would move back to Croatia. Seems like Sertić won that bet. Other than learning the technical side of the job, Sertić also said that the young men became different people. When they returned to Croatia they had a higher standard for themselves and for the society that they lived in. Soon after their return he founded a subsidiary of Applied Ceramics in Sisak and most of those who went to California are today Directors and Managers at Applied Ceramics in Sisak. 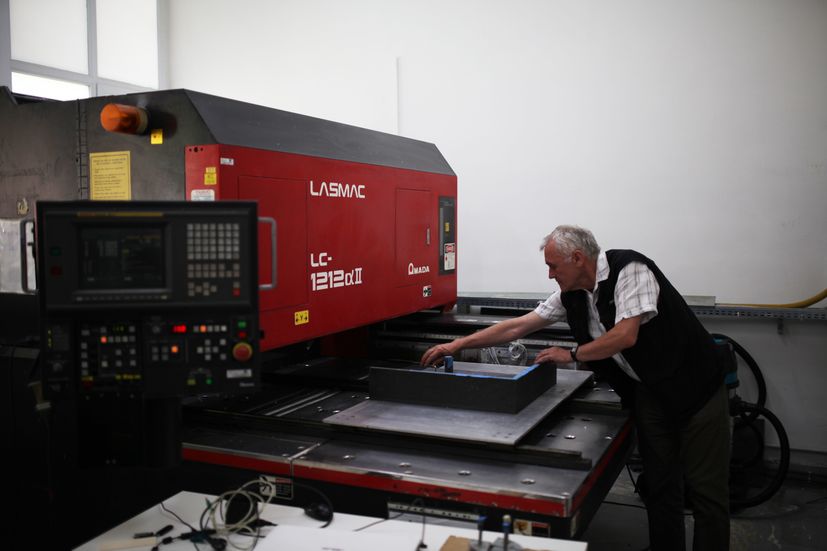 In the entrance of Applied Ceramics, Sertić brought me to a display case with different ceramic components as well as different sized silicon wafers. Mr. Sertić explains how Silicon wafers have been growing in size over the last 50 years but have stayed at the same price after calculating for inflation. This increase of size affects all parts of the Microchip supply chain including the components that are used in the machines producing them. 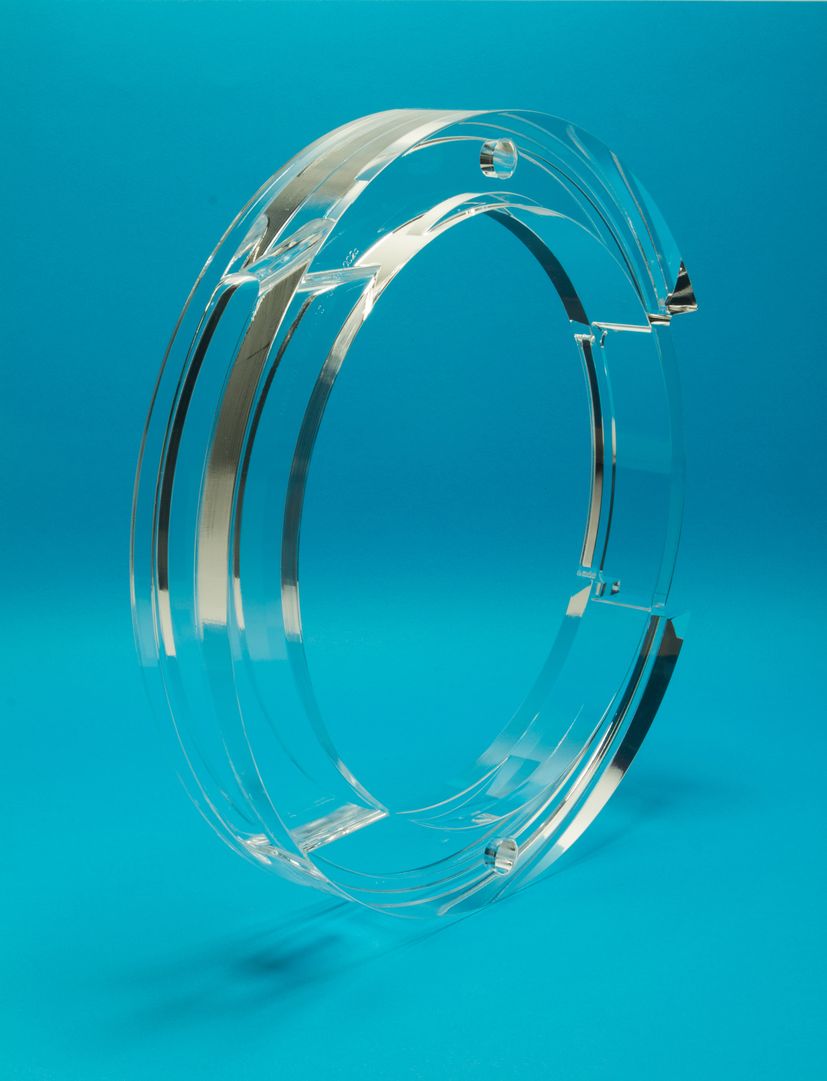 A great story would not be complete without highlighting the resilience of the protagonist. Despite the 6.3 magnitude earthquake that hit Sisak, Sertić came to Croatia early this year to take care of his some 100 employees that were affected by the earthquake. Within a few weeks after the earthquake, Mr. Sertić was able to repair the damages, and help his employees with their housing needs. When visiting the complex, most of the damage was fixed and everything was functioning as normal. While the rest of Sisak was slowly crumbling due to smaller earthquakes that have hit the region, Sertić acted fast to fix the damage and most importantly take care of his employees. Resilience is in the Sertićs’ blood. Applied Ceramics has been continually expanding their operations and are now using two buildings on the property. Sertić’s area of specialty goes far beyond the ceramic industry. Sunceco, a company that Sertić also found, is a company that produces solar panels and is present in the American, UK, German, Taiwanese, Hong Kong, and Croatian Markets. Sunceco is also present in Sisak and he is hoping to expand the company in the region as well. 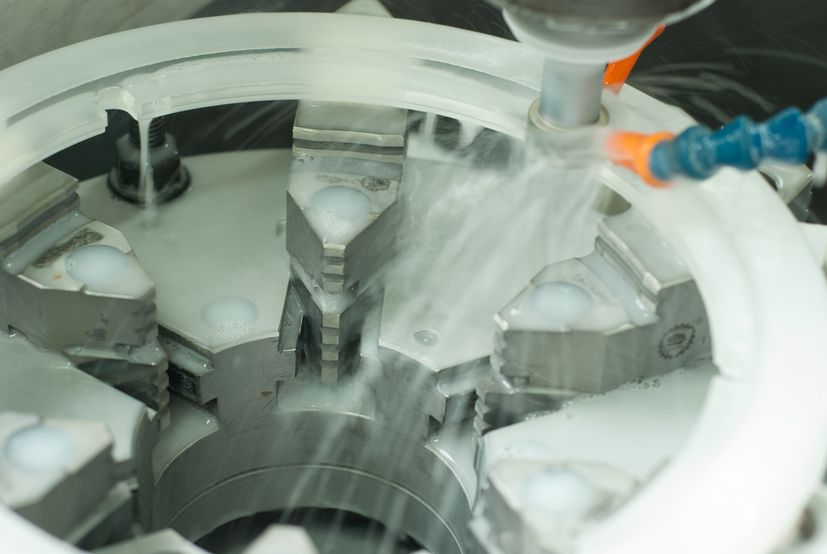 As his way to give back to the community Sertić started a startup incubator: PISAK. When I asked Sertić about why he started the incubator he said: „I do not want people in Sisak to give me any excuse why they cannot succeed here. If they fail, it will not be because they were not awarded an opportunity and resources to do something.“ I could not agree more with that response. Mr. Sertić is an example to other diaspora investors on how a company can influence the development of a city. Despite the roadblocks and the bureaucratic red tape Sertić always focused his efforts on achieving results and for the future of his native Sisak. The knowledge, resources and passion that Croats abroad possess can change the country for the better and stories like the Sertićs’ should be highlighted more in Croatian society.