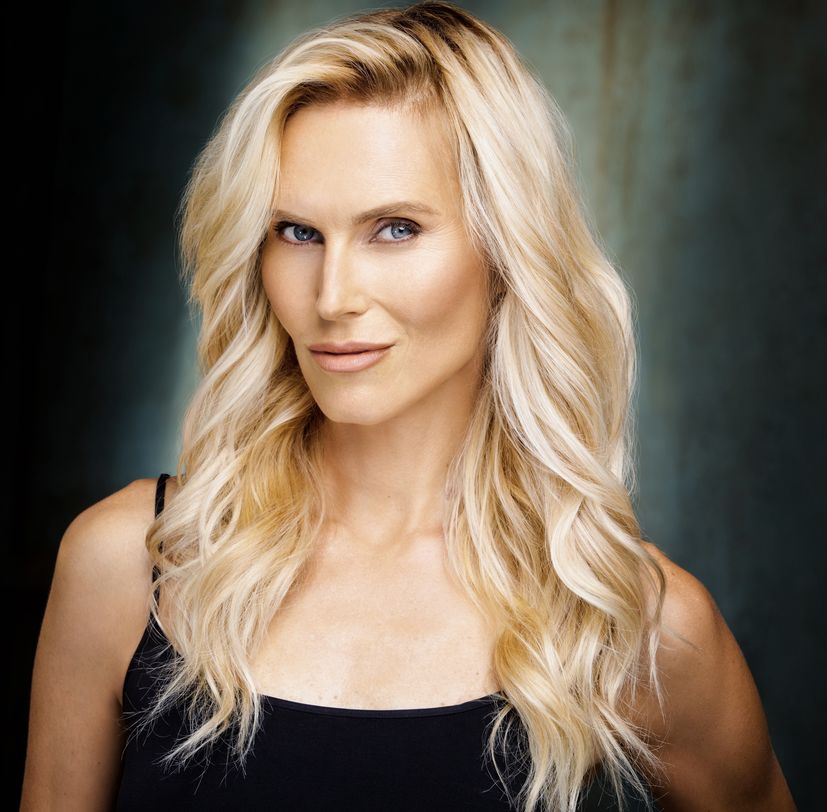 American-Croatian actress Ivana Grahovac plays a co-starring role on episode 6 of the new series of NCIS: Hawai’i which airs on Monday November 1.

Born and raised in Detroit, Michigan to Croatian parents, Ivana now lives in Southern California. We spoke to her to find out more about her background and role on action crime drama.

Your parents moved to USA from Croatia. Which part of Croatia is your family from and did you grow up influenced by the Croatian culture?

My mom is from Dalmatia and my dad is from Lika. I absolutely grew up influenced by the Croatian culture. My sister and I grew up speaking Croatian, we learned how to read and write it at a very young age. My mom taught me that the language is phonetic, so it was easy to learn.

Do you visit Croatia often? What are some of your favorite places?

I do visit often and my husband and I honeymooned there. My favorite places are Dugi Otok and Plitvice. All the islands are special. I’m a big fan of blitva and integralni kruh! 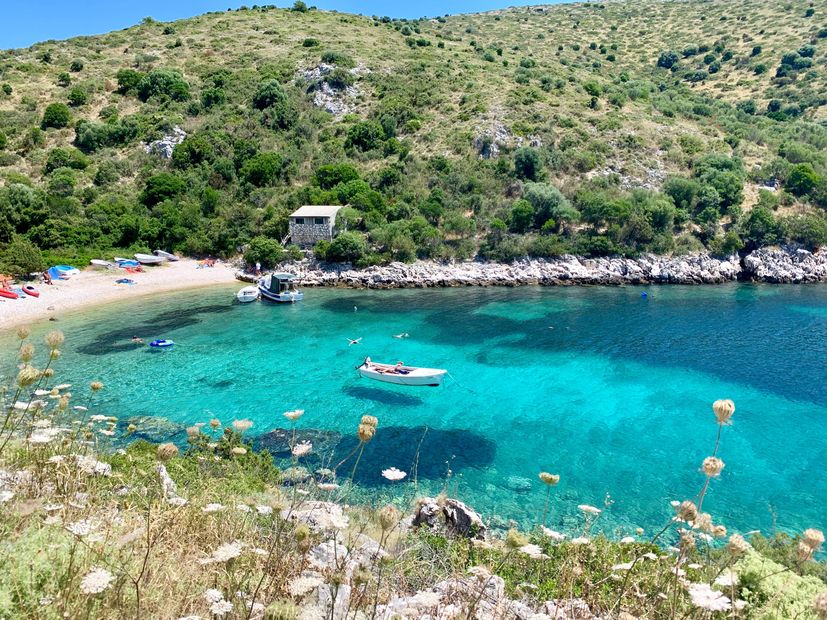 How did you get into acting?

I grew up dancing in the Nutcracker Ballet and loved acting out the story of it from different roles I would get each year. From that I realized I loved connecting with the audience through the journey of a story and that is what acting is, serving as a portal through which a story can be shared.

Did you have formal acting training?

I studied acting in college where I performed in Shakespeare plays and other classics. I was Viola in Twelfth Night and Laura in The Glass Menagerie. I then pursued Social Work in grad school so I stepped away from acting for quite a while. But I always hoped I would get back into it and that time has come, hooray!

What roles have you had?

I got back into acting just a few months before the pandemic started so everything shifted from in-person classes to online classes and auditions, and it took several months for the industry to find its way with the new COVID regulations. So I haven’t been back very long but I’m absolutely loving this experience and all it is teaching me and the phenomenal fellow actors I’ve met with whom I’ve built a wonderful support system.

I have a supporting role in the TV Movie “Baking Up Love” a romantic comedy on Pureflix, and a small role in a feature film directed by a very well-known director which I am not able to share more about at this time since it hasn’t come out yet. I was also in a Super Bowl commercial. I’ve been cast in another romantic comedy but the shoot date keeps getting pushed back due to the ongoing challenges caused by COVID.

What can you tell us about your role in NCIS: Hawai’i?

My agent submitted me for a co-star role where they were seeking someone who could speak a European language, so I submitted that I spoke Croatian and I was invited to audition. I had just come back from Croatia and I was very jet-lagged but super excited.  I didn’t hear anything until I opened an email one morning that said I had to be in Hawai’i that day. It’s for the role of a European tourist who may not be what she seems. To learn more you have to watch the full episode.I spent 12 days in Hawai’i and I absolutely love their beautiful culture and their profound history. I want to learn the Hawaiian language next. 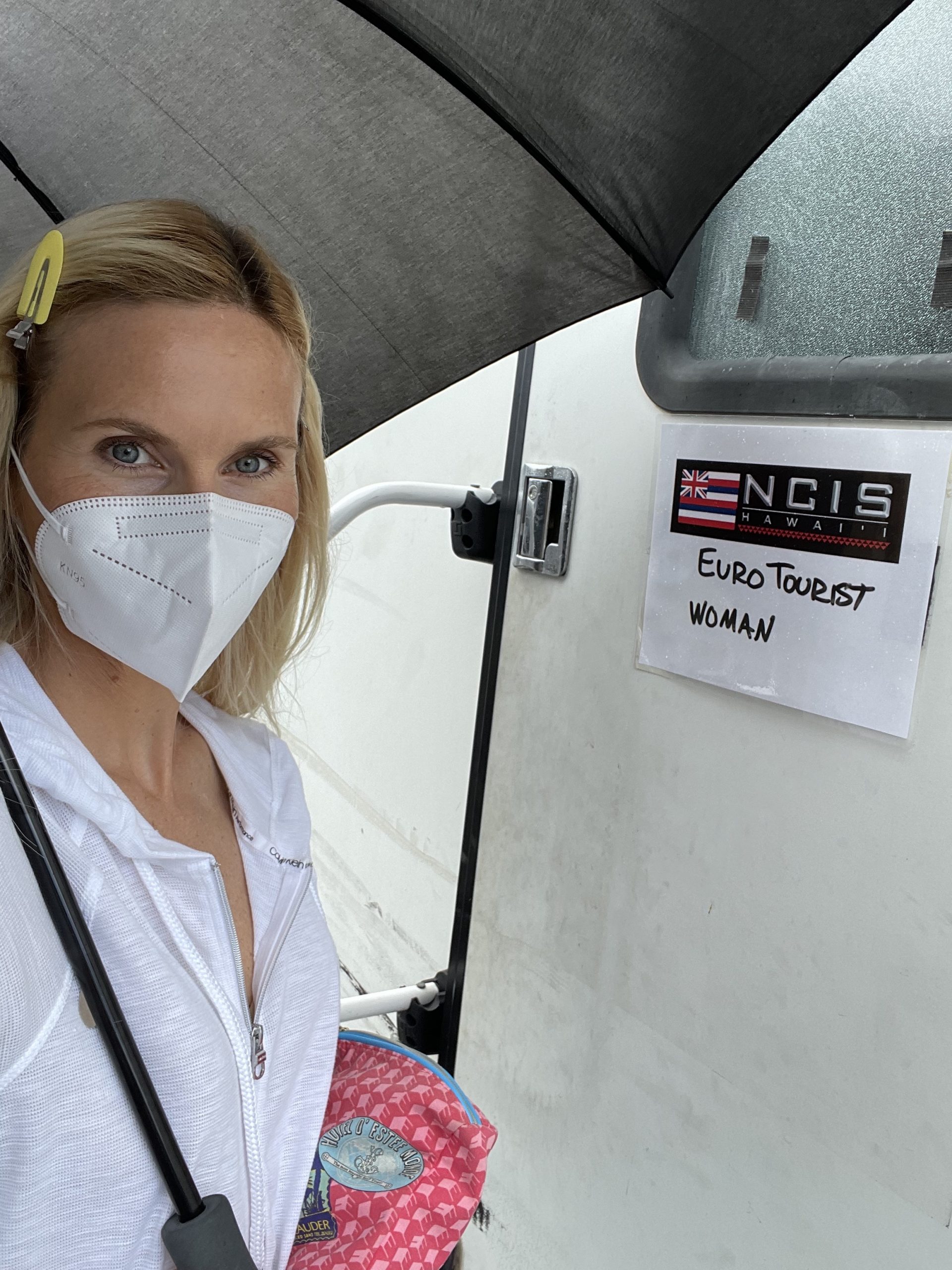 Who are some of your favourite actors and actresses?

I love Kristen Johnston, the incredible comedic actress, she is a hero of mine. I love Julie Christie, Gregory Peck, Halle Berry and also love Denzel Washington and Jackie Chan and I think Spike Lee is an extraordinary filmmaker. I could go on and on.

What do you like to do in your free time?

I absolutely love animals. My husband and I  have two rescue dogs, a chiweenie named Cheesepie and a very old dachshund-Jack Russell mix named Luna. I love to cook vegan food, roller skate, box, hike and spend time near the ocean.

Do you have a message for anyone looking to break into acting in the US?

It takes time and persistence and having faith that all the energy you are investing in will eventually come to fruition. There are awesome classes and workshops online. The harder you work the luckier you’ll get. Don’t give up. If it truly is a passion that you can’t imagine not doing, then keep going and celebrate all the victories along the way.