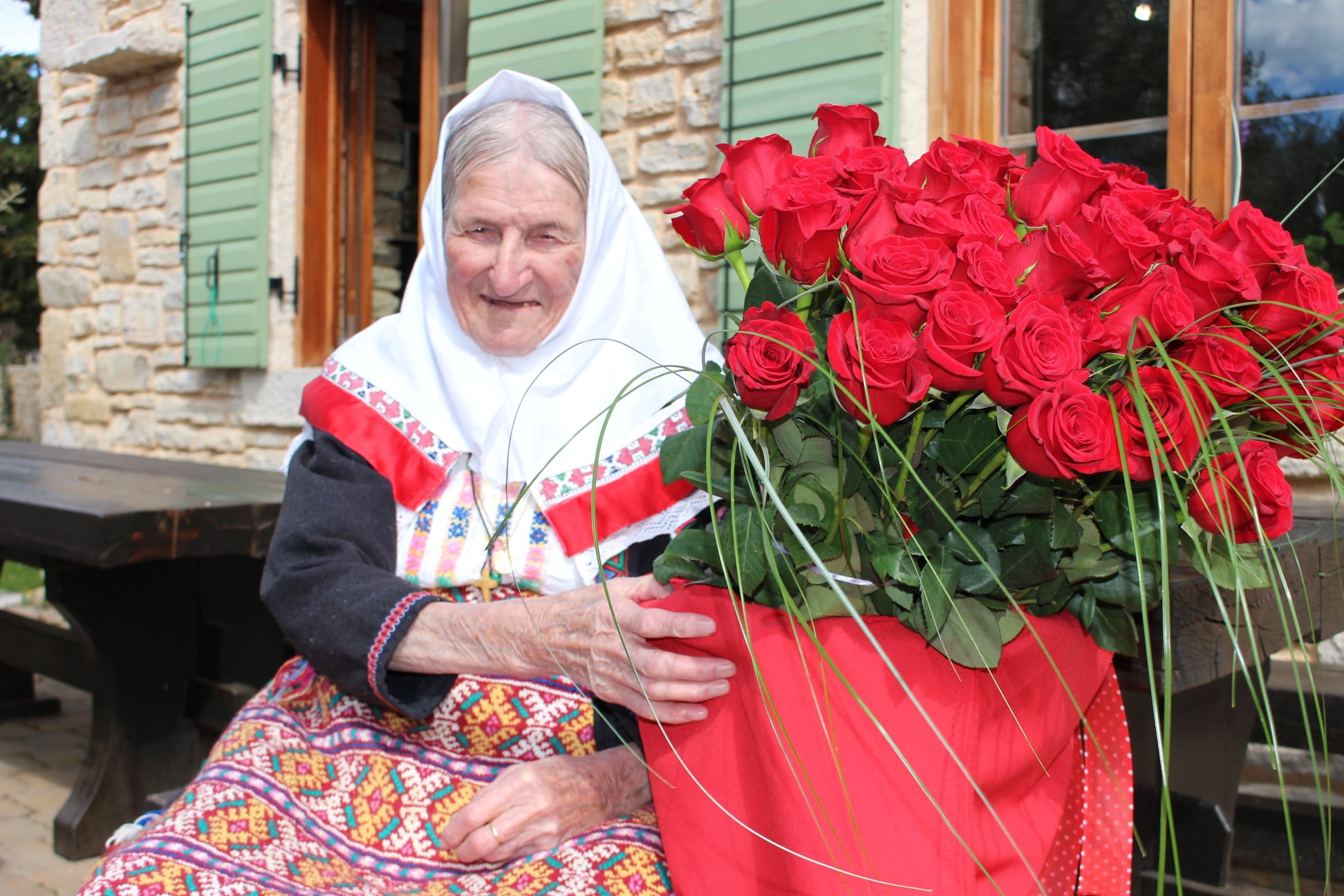 Peka Zelić (nee Rogić) who is from Popovići has celebrated her 100th birthday. What is even more amazing is that Peka is still running her own business – selling her handmade creations.

Baka Peka, as she is affectionately known, knits bags, scarfs, blankets, socks and other items with traditional folk motifs.

Two years ago, at the age of 98, Peka opened her own little store called ‘Kod Peke’ (At Peka’s) at the Dom Ivan Pavao II (John Paul II) nursing home in the village of Donje Biljane near Zadar on the Dalmatian coast where she is a resident. 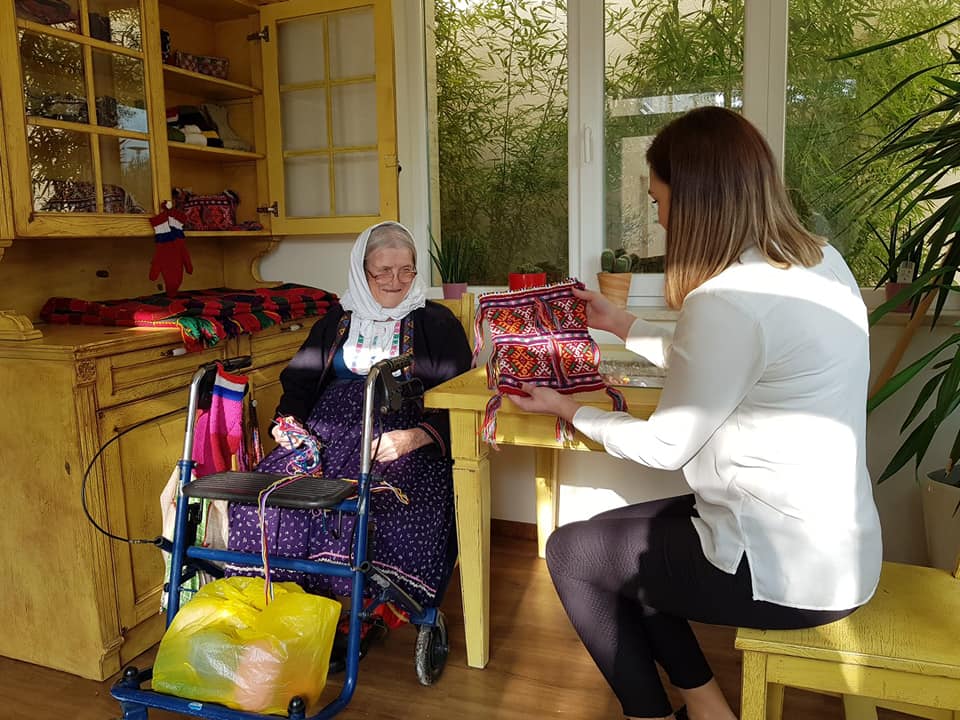 Baka Peka in her shop when it opened in 2019 (Photo credit: Dom Ivan Pavao II)

She is still very active, has fantastic hearing and sight and continues to knit on a daily basis. 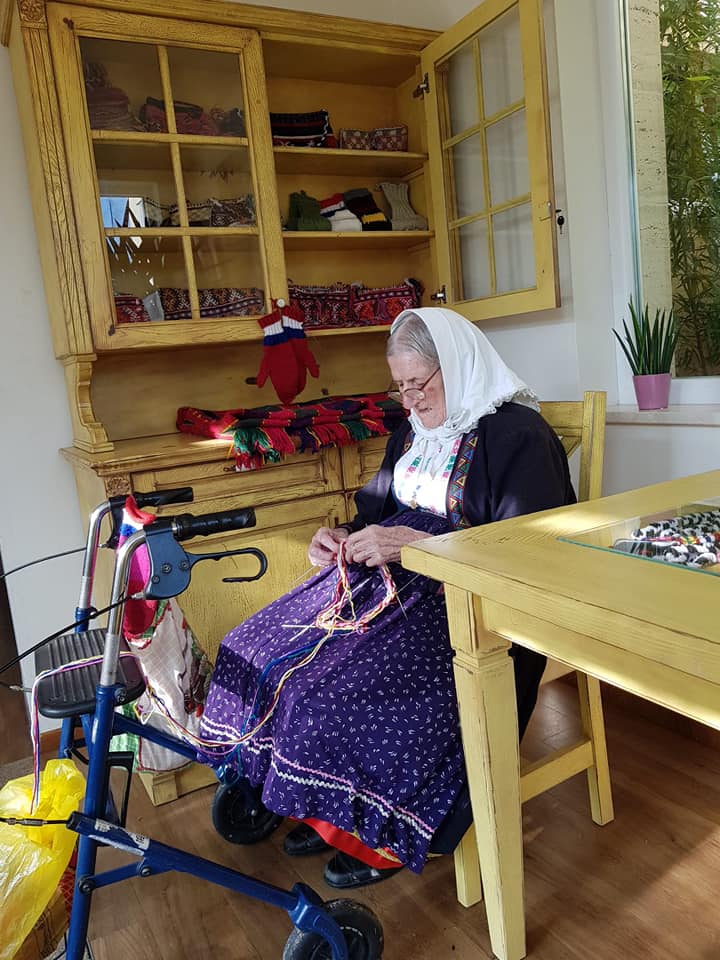 Peka spent most of her life working on the land with her sheep and knitting has always been her passion, fitting it all in whilst bringing up 8 children. Her products are made exactly how they were made 100 years ago.

After selling her handmade products at the local Benkovac fair for a number of years, she decided it was time to open her own shop at the nursing home. 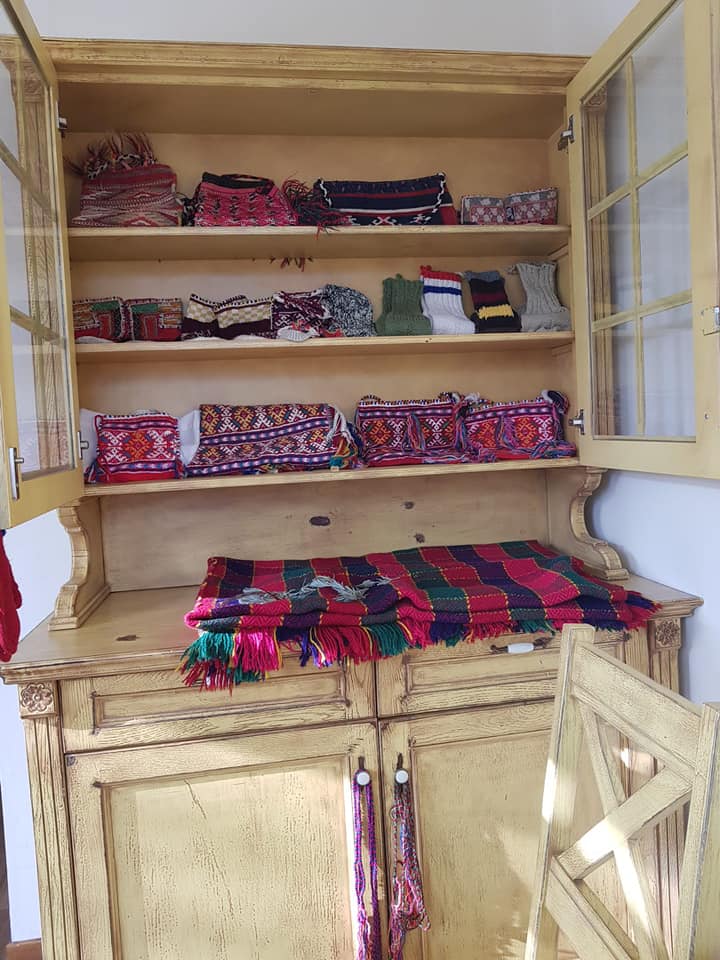 Born on 17 March in 1921, Baka Peka celebrated her 100th birthday at the nursing home with a lunch with around 150 people present. For her birthday party she was dressed in a traditional folk costume. 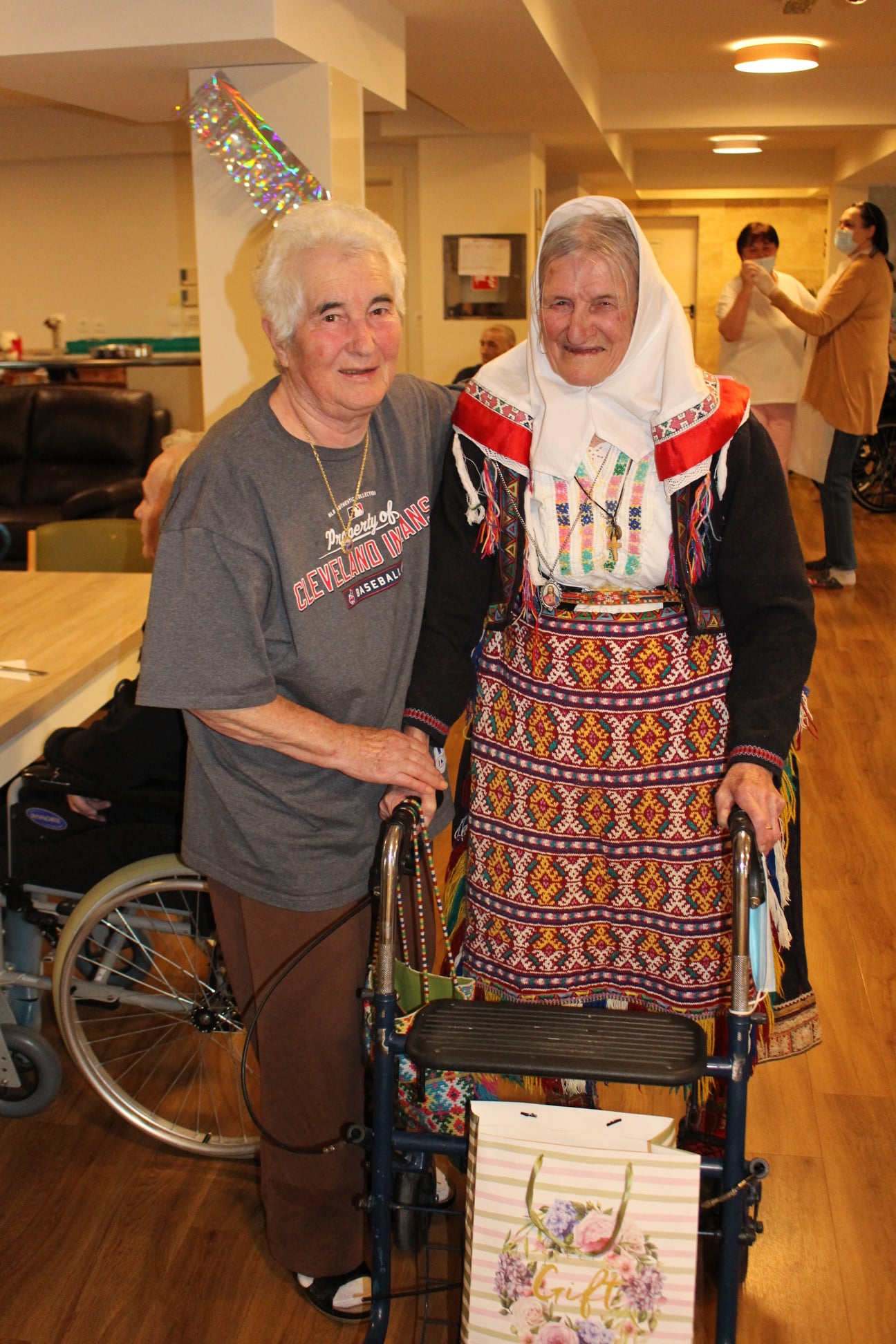 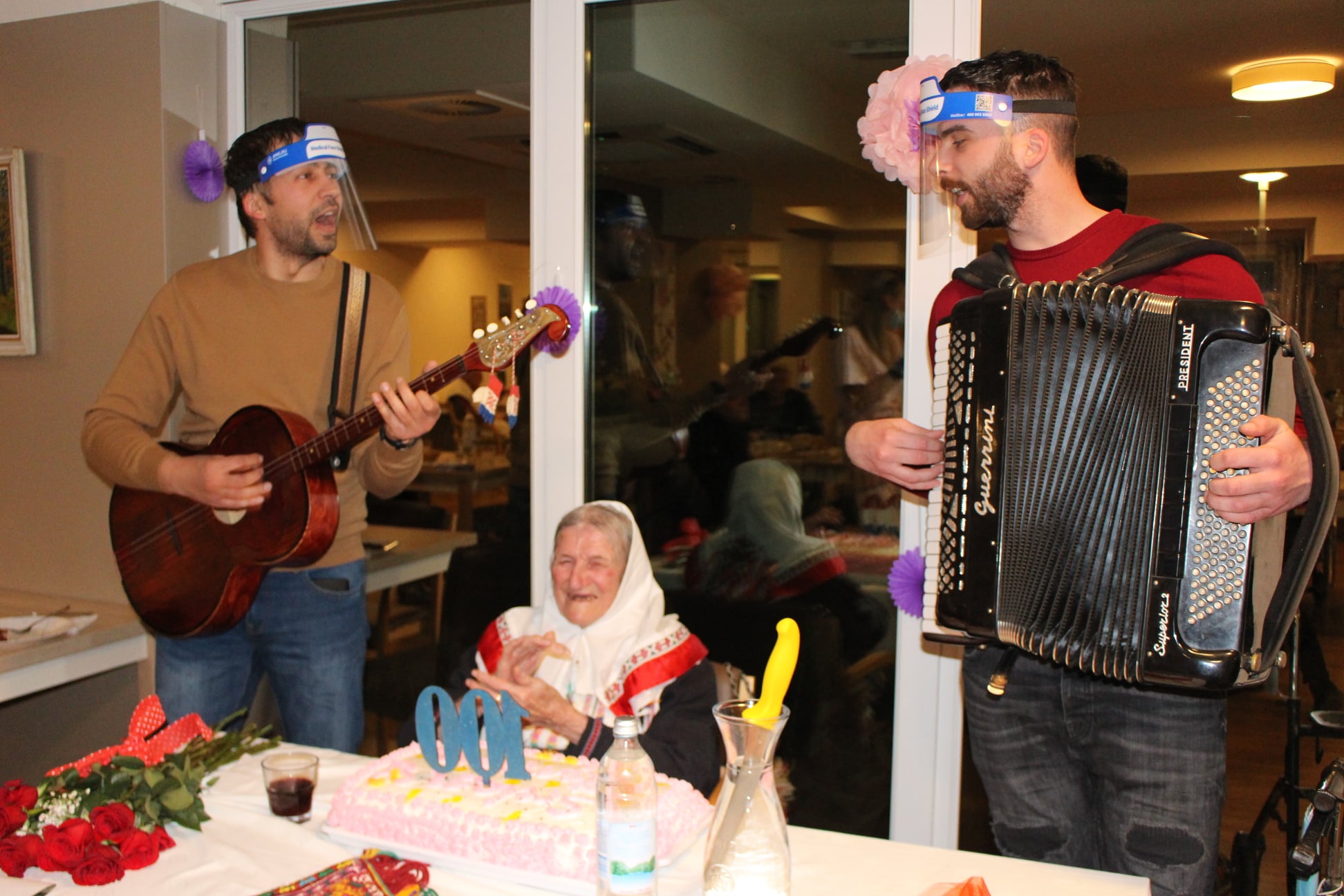 She was showered with gifts, from several bouquets with 100 carnations or roses, to bread baked under the peka from her eldest son Ante Zelić (76),  to an edible folk costume cake mad by her granddaughter Jelena Erstić. 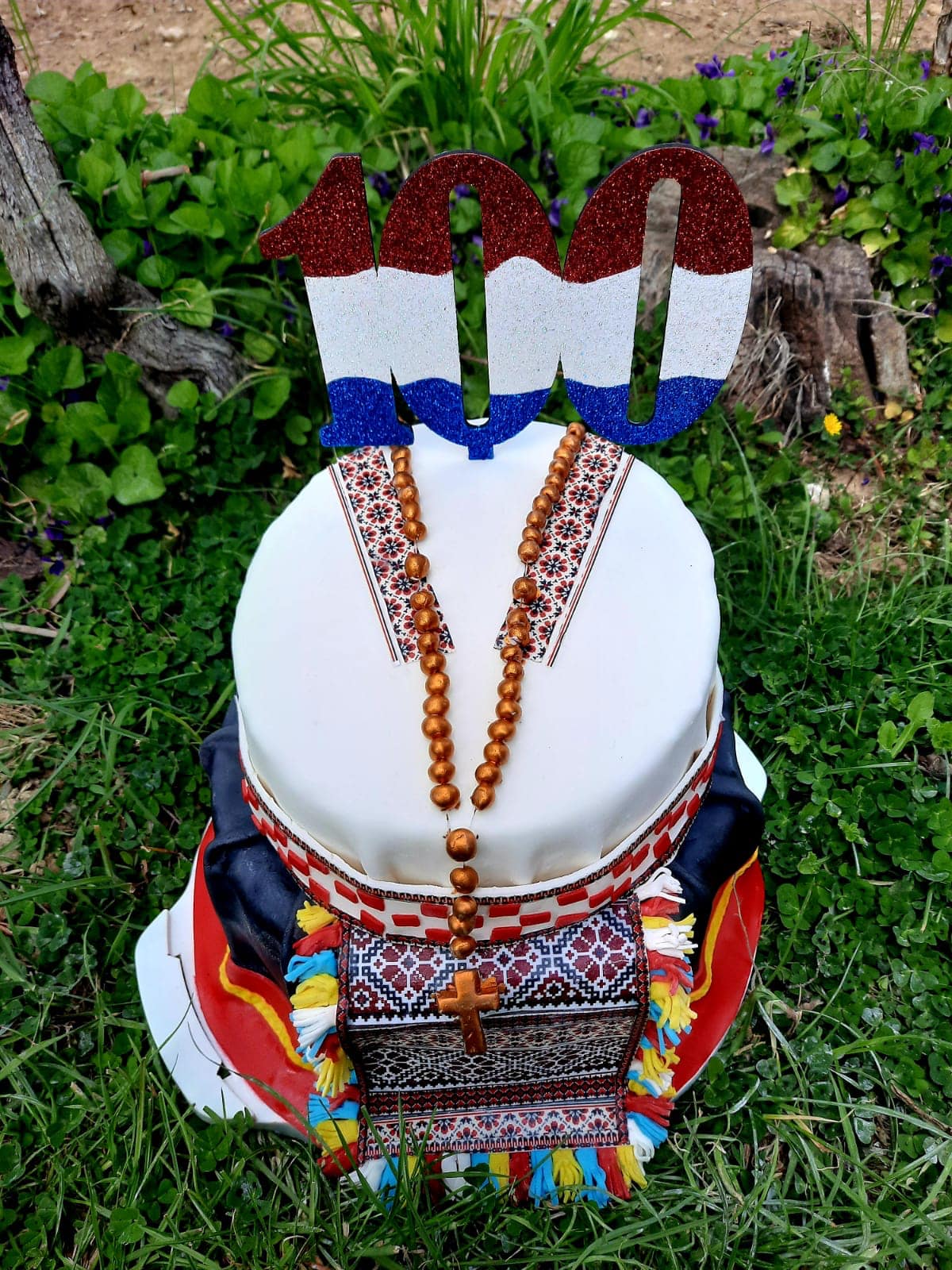