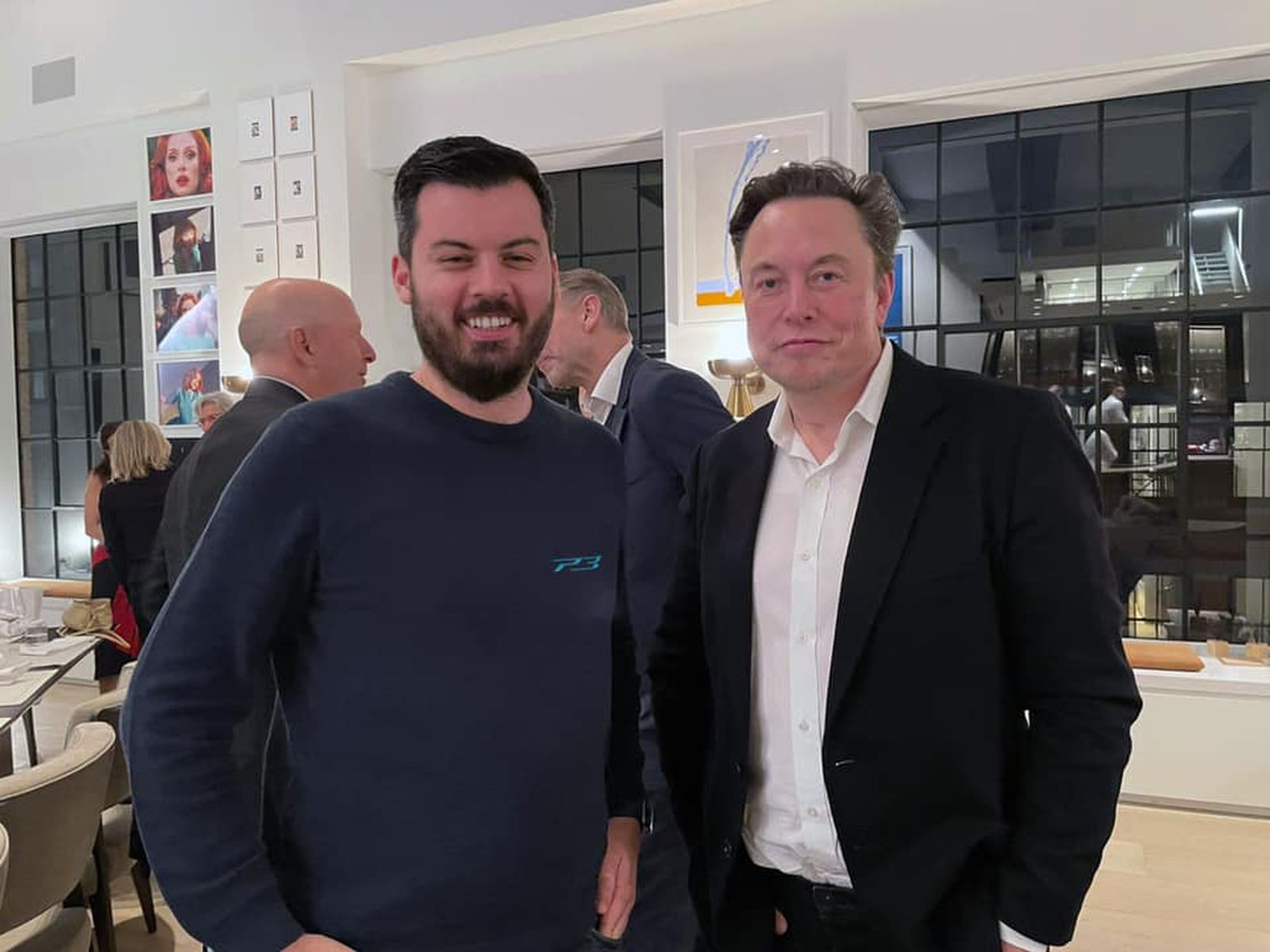 Called by some the European Elon Musk, Croatian innovator and entrepreneur Mate Rimac had a chance to hang out with Musk this week in New York.

The founder of Rimac Automobili posted a photo on Tuesday of the pair posing together in Manhattan, as well as a photo showing that they were seated next to each other at a dinner.

“That was fun…And intense,” is all Rimac has said about the meeting.

The pair no doubt a lot to discuss and it is not known if Rimac reminded Musk that he ignored him when he claimed that his new Tesla Model S Plaid was the fastest accelerating car ever when he presented it last year.

“Despite Elon ignoring us — claiming that the Plaid is the fastest accelerating car ever, first with carbon sleeves. We are still way faster, have almost double the power, bigger battery pack and faster charging,” Rimac said, referring to his all-electric, 1914hp, 258mph Nevera which he released earlier.