ZAGREB, 4 December 2019 – The 4th edition of the Zagreb Advent Run will take place on Sunday, 8 December in the centre of the Croatian capital.

Over 3,000 costume-dressed runners will take part in the humanitarian race which will be started by tennis star Marin Cilic. This year the race is being held to raise funds for fighting melanoma and to support the work of the association for the prevention of tumours and other skin diseases – Healthy Under the Sun.

There has been more interest in this year’s race than ever before with participants from 34 countries. The Zagreb Advent Run is one of the largest Advent races in this part of Europe and is sponsored by the City of Zagreb and the Zagreb Tourist Board. 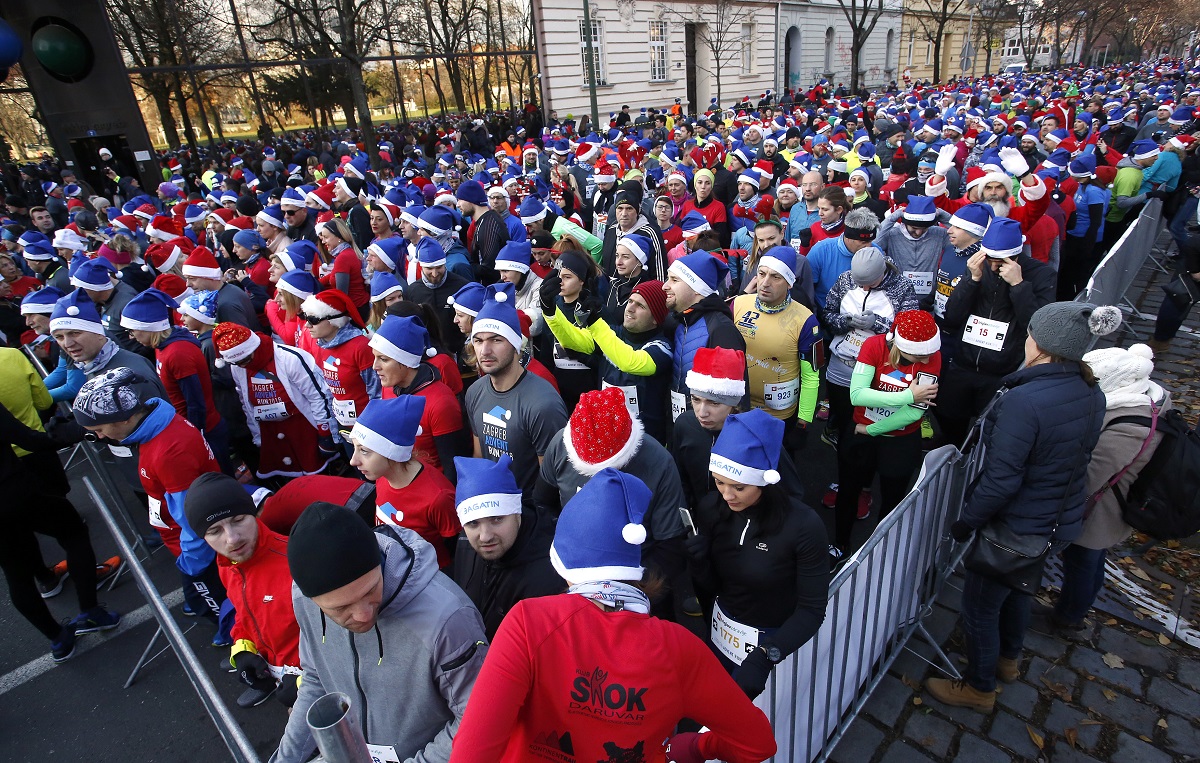 The 2019 Zagreb Advent Run will bring together many athletes and running enthusiasts. The race will be officially started by the 2014 US Open Grand Slam winner Cilic.

Participants will run or walk for five or ten kilometres through Ban Jelacic Square, Ilica Street and Zrinjevac Park.

The Zagreb Advent Run Costume Race is held every year during the Christmas period and to fit in with this year’s charity, free preventive skin cancer examinations will be carried out by dermatologists.

Organisers of the race, Millennium Promotions and Run Croatia, have prepared a two-day entertainment programme. The day before the race, on 7 December, a music and sports-educational programme will take place at the Westin Zagreb Hotel when runners collect their starter packs.

Everyone participating in the race that day can sign up for a free mole check. On Sunday, 8 December, the race will temporarily suspend traffic in the city centre. After the race, an after run party will take place in the Crystal Hall at The Westin Hotel. As well as the prize-giving, there will be music and entertainment.