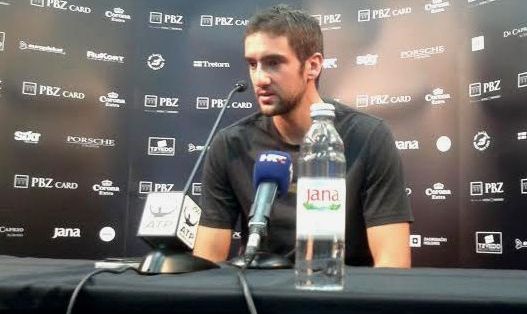 US Open semi-finalist Marin Čilić has withdrawn from the tie on Monday because of an ankle injury sustained at the US Open. Čilić, who lost to eventual winner Novak Djoković, has been advised by doctors to rest. Čilić rolled his ankle ahead of his quarter-final match against Jo-Wilfred Tsonga, and played through pain in his semi-final with Djoković.

Borna Ćorić, fresh from his tournament win in Colombia, with now lead the team in Brazil with Ivan Dodig, Franko Škugor and Mate Delić.

“I am very sorry that I will not be with the national team, even though I was looking forward to the tie with Brazil and getting together with the players. Unfortunately the injury I got at the US Open got worse in the last two matches. Doctors have advised that I rest these next few days,” said the world number 9.

The tie starts in Brazil on 18 September.