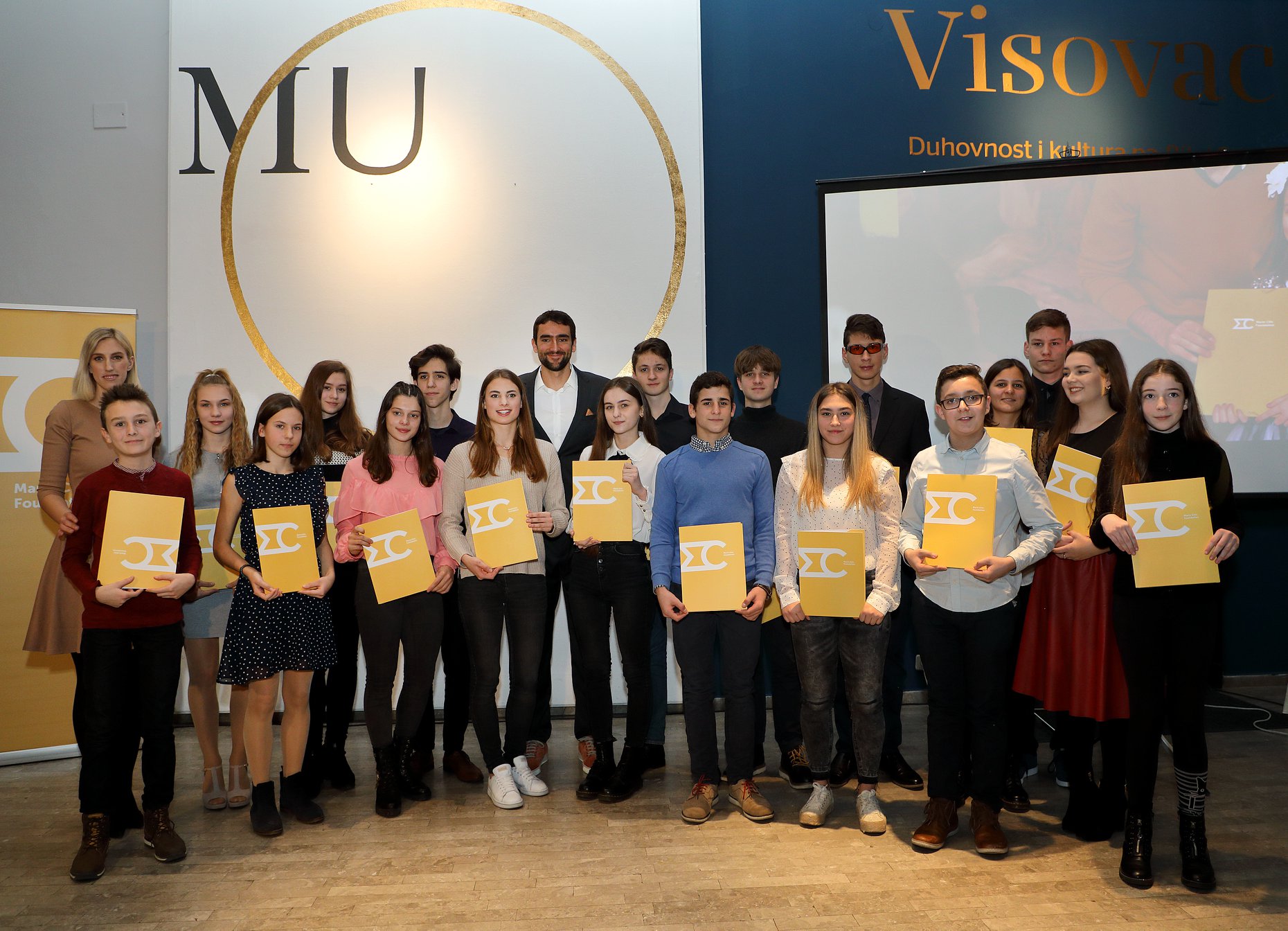 ZAGREB, Dec 21 (Hina) – Eleven talented athletes and as many musicians have been awarded scholarships from the Marin Cilic Foundation. The scholarships were presented for the second year in a row at a ceremony in Zagreb earlier this week.

“This year the plan was to award 20 scholarships, but we decided to award 22 because the applications we received were brilliant,” the foundation’s director Nevena Mrkonjic said. She added that a HRK 50,000 (€6,700) donation went to Zagreb’s Izidor Krsnjavi Secondary School for equipment for the chemistry lab.

The scholarships were presented by tennis player Marin Cilic personally.

“Like last year, this year too it was very difficult to decide who to award a scholarship to because all these are very successful young people. I’m very glad that this year we have increased the number of scholarships to 22 from last year’s 14,” Cilic said.

Through education, sport and encouragement programs, the Marin Cilic Foundation seeks to provide children and youth with the space and financial support to explore their passions and turn their dreams into reality.

“I was very fortunate in my own life with my own achievements and with my own success. I want to give something back and also give some opportunities for some people and some kids that don’t have as many possibilities to pursue their dreams,” Čilić said when he launched the Foundation in 2016.