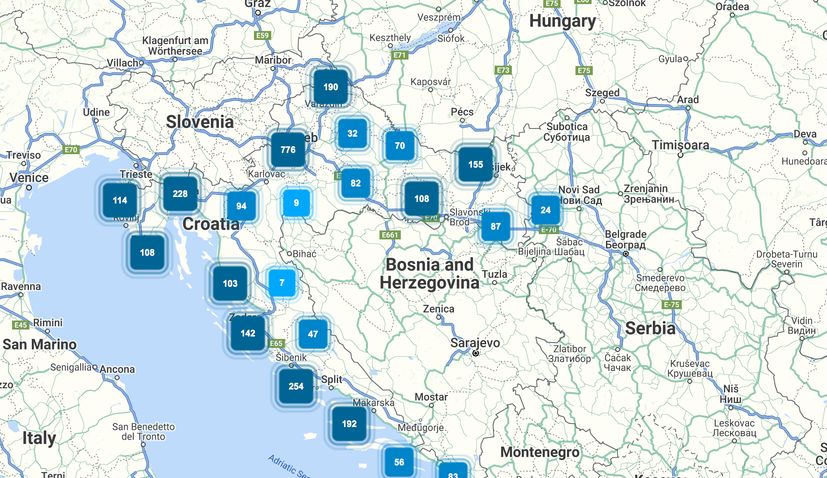 ZAGREB, 17 Dec (Hina) – By 1 January 2,700 of the 4,000 ATMs in Croatia will be gradually closed as part of adjustment to the introduction of the euro, so that as of the New Year they can dispense euros, and over the next month the Croatian Banking Association (HUB) will show a map of operational ATMs.

The map was posted on the HUB’s website on Thursday and will be updated daily until 15 January.

A detailed plan of adjusting ATMs has been prepared by banks in cooperation with relevant institutions, according to which some ATMs will be gradually and temporarily closed by the end of the month so that they can dispense euros as of 1 January.

Through 31 December 1,300 ATMs will dispense kunas and as of 1 January 2,700 will dispense euros. All 4,000 ATMs in the country will be adjusted and operational for dispensing euros by 15 January at the latest.

Given that in the adjustment period citizens will have access to fewer ATMs of their banks, as of today until 15 January there will be no charge for withdrawing cash from ATMs of other banks, the HUB said.

You can see the map HERE.