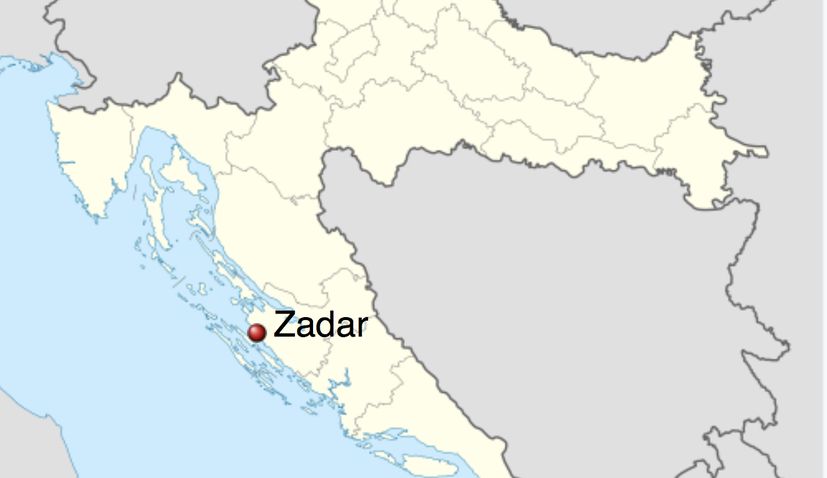 ZAGREB, Nov 1 (Hina) – An earthquake measuring 4.7 on the Richter scale was felt 119 km northwest of Split and 11 km from Posedarje near Zadar on Croatia’s Dalmatian coast at 2.15 p.m. on Sunday, the European Mediterranean Seismological Centre said.

The quake was felt across Zadar County, on the islands of Ugljan, Pasman and Murter, in the towns of Vodice, Sibenik, Drnis and Knin, in the neighbouring Sibenik-Knin County and in the Lika region.

It was also felt as well in neighbouring Bosnia and Herzegovina.

Map of felt reports received so far following the #earthquake M4.7 in Croatia 40 min ago pic.twitter.com/tsUTUUWO8n

“The whole house shook for what seemed around 10 seconds, some things fell over and it was scary,” a Zadar resident said.

The ground shook in two waves, twice for around ten seconds, and it was most felt on the higher floors of residential buildings where things were falling off the shelves, reports Zadarski.hr.

Seismologists said the epicentre of the earthquake was near Paklenica National Park, 7 km north of Starigrad.

According to the information from the Croatian Mountain Rescue Service, which has its own duty team in Paklenica National Park, everything is under control and without intervention for now.

The 112 Center has received a number of calls from anxious citizens from the entire area, but no material damage had been reported.

Zadar police spokeswoman Ivana Grbin said the police had not received any reports of damage either.

Prime Minister Andrej Plenkovic spoke on the phone on Sunday with Zadar County prefect Bozidar Longin after the earthquake.