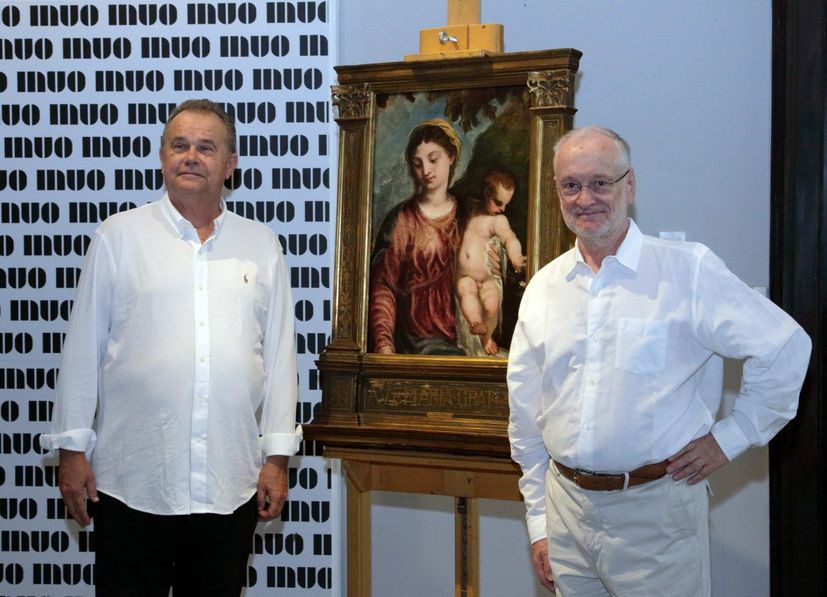 ZAGREB, 15 July (Hina) – The director of the Museum of Arts and Crafts (MUO), Miroslav Gašparović, and art collector Dinko Podrug, on Thursday signed a donation agreement for the Madonna and Child painting, transferring the ownership of the masterpiece by Croatian-Italian master Andrija Medulić Schiavone to the MUO.

During the signing ceremony, Gašparović thanked Croatian American Podrug, an art collector and psychiatrist from New York, for this extremely important initiative for Croatian cultural and art history, “which shows the connection between Croatian culture and Croats all over the world.”

He said that this masterpiece by the great late Renaissance painter Andrija Medulić, a native of Zadar who emigrated to Venice, represents a “great qualitative shift and gain” for MUO, the city of Zagreb and Croatia.

“Croatia has not had this category and quality of painting until now. With this donation agreement, Croatia is receiving a work of one of the most important painters of the 16th century, who was the link between Titian and Tintoretto and in a way introduced Mannerism to Venetian painting,” said Gašparović.

The story of the Madonna and Child painting with the MUO began in 2017 when it was included in its permanent exhibition through the good offices of Dinko Podrug.

He signed the donation agreement on behalf of the National Federation of Cultural Foundations of Croatian Americans (NFCAFC), headed by Steve Rukavina, after he bought it at the Sotheby’s auction house a few years ago . 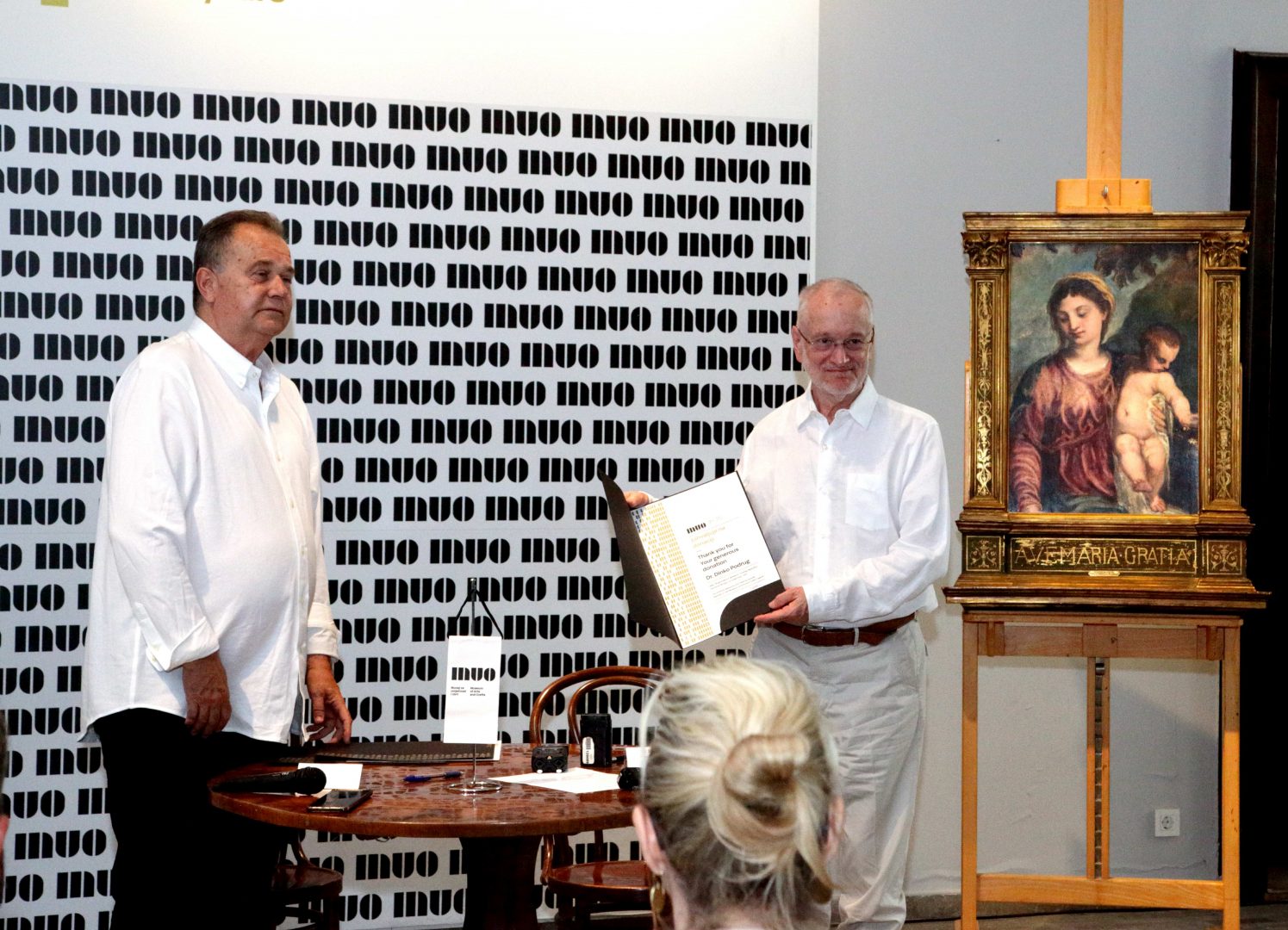 After receiving a thank you note from Gašparović, Podrug said he immediately realised that, instead of his living room, a better place for the painting would be in a Croatian museum. He originally planned to donate the painting as a gift, but then he decided, with the help of NFCAFC, to establish a mechanism through which other American citizens could also donate paintings to Croatia and obtain a tax deduction for this in the USA. Currently, about a dozen pictures have been donated to that programme, he said.

Gašparović commended this stimulating mechanism and expressed the hope that in the future it will enable similar donations to other Croatian cultural institutions.

He said that this donation is only the first step that heralds a new era for the MUO, which was temporarily closed due to reconstruction after the earthquake and its exhibitions were dislocated. He announced a donation from the Urban family, the mother of photographer Pavo Urban, already for September and a donation from the architects Penezić and Rogin.

“The MUO’s holdings will continue to grow, and the museum will remain alive, this is in a way the symbolic beginning of a new era for the MUO,” said the director.

The partner of the event is the Croatian Heritage Foundation.