Home » Sport » Livaja to start, Perišić to captain against Slovenia in Split 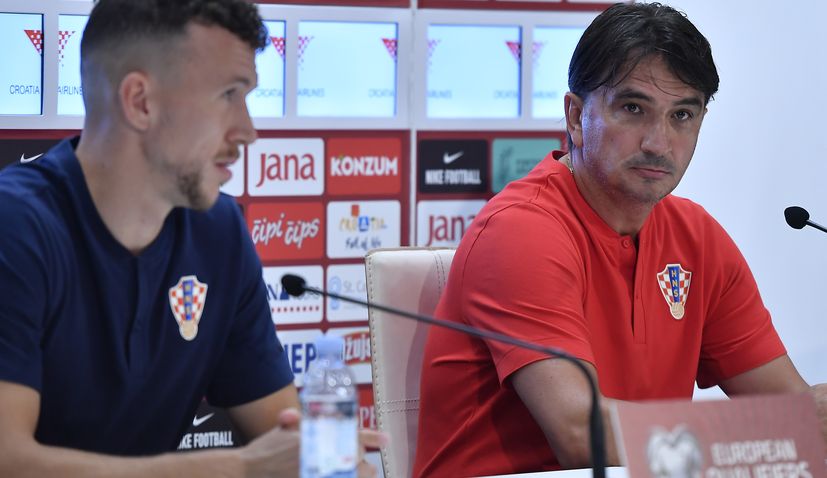 Croatia will be looking to make it 7 points from a possible 9 in the September 2022 World Cup qualifiers when they take on Slovenia at Poljud Stadium in Split on Tuesday night.

Slovenia surprised Croatia 1-0 in their first encounter and coach Zlatko Dalić said this evening that there will changes from the side which beat Slovakia on Saturday.

“We have to be favourites at our stadium, in front of our fans. Maybe this will be our hardest match, this is the third in seven days, against an aggressive and combative opponent who beat us in Slovenia and if we do not show the energy of running from Bratislava and Moscow, it will be difficult for us. I have no doubt in our motive, we will be carried by the fans and I believe we will win. In which way, it doesn’t matter, it’s just the points that matter,” said Dalić, before revealing the current situation with his team.

“There will certainly be no Livaković in goal, we will not take any risks, Gvardiol is also questionable. I am not inclined to force myself into what I am not sure about, as in the case of Modrić and Budimir. We will go in fit and ready. Some players played a lot like Sosa, Juranovic, Lovren. I’m a little scared to start with players who play a lot, we’ll know more after our last training.”

Dalić did confirm one definite change from the starting line up in Bratislava.

“Here, I will say that (Marko) Livaja will start the game. He has known this for several days now and I expect big things from him, he deserved it with how he plays in Hajduk as a leader. In what position will he play? Everyone is there to play what is meant for them. No one plays a dominant position no matter what the media constantly emphasises.”

What kind of Slovenia do you expect?

“They will play as much as we allow them and as we set ourselves. We did not allow Russia or the Slovaks to play with pressure. I am very pleased with that. It is also important that we react well to the second phase ball again,” said Dalić, before adding.

“We were a little futile going forward, true, but this is not a beauty game, points are more important than impression. We know we have to achieve a result. Slovenia is not only Jan Oblak, Iličić has rested, he is fresh and the biggest danger, he is an attacking axis with Lovrić, and I expect Mlakar as well to play. Kek has changed 17 players in two games.”

How satisfied are you and are you with Modrić’s replacements?

“i said that I have no objections to how Croatia played except for that final phase and chances. Luka won’t be around forever, we can’t be Luka, Luka, Luka all the time. No one can replace him personally, just as a team, we have to figure that out. He started training, he will be with us in October. We have to get rid of that rumour and do without the captain, who we miss a lot,” he said.

There will be no lack of support at Poljud tomorrow, 20,000 fans are expected.

“The support of the fans will be important to us, we remember Hungary and that atmosphere, gave us goosebumps. Wherever we played, since I was the coach, it was beautiful in Osijek, Rijeka, Zagreb. Regardless of what someone wants to do, that it is worthless, that it belittles, the Croatian people recognise the good. I expect great support and we will try to thank them with three points,” concluded Dalić.

“The atmosphere is great after the victory in Slovakia, it gave us extra energy. We did well in those two games, we did not concede a goal and we can be satisfied with perhaps the two most difficult away games. But if we don’t win tomorrow, it won’t mean much,” said Perišić.