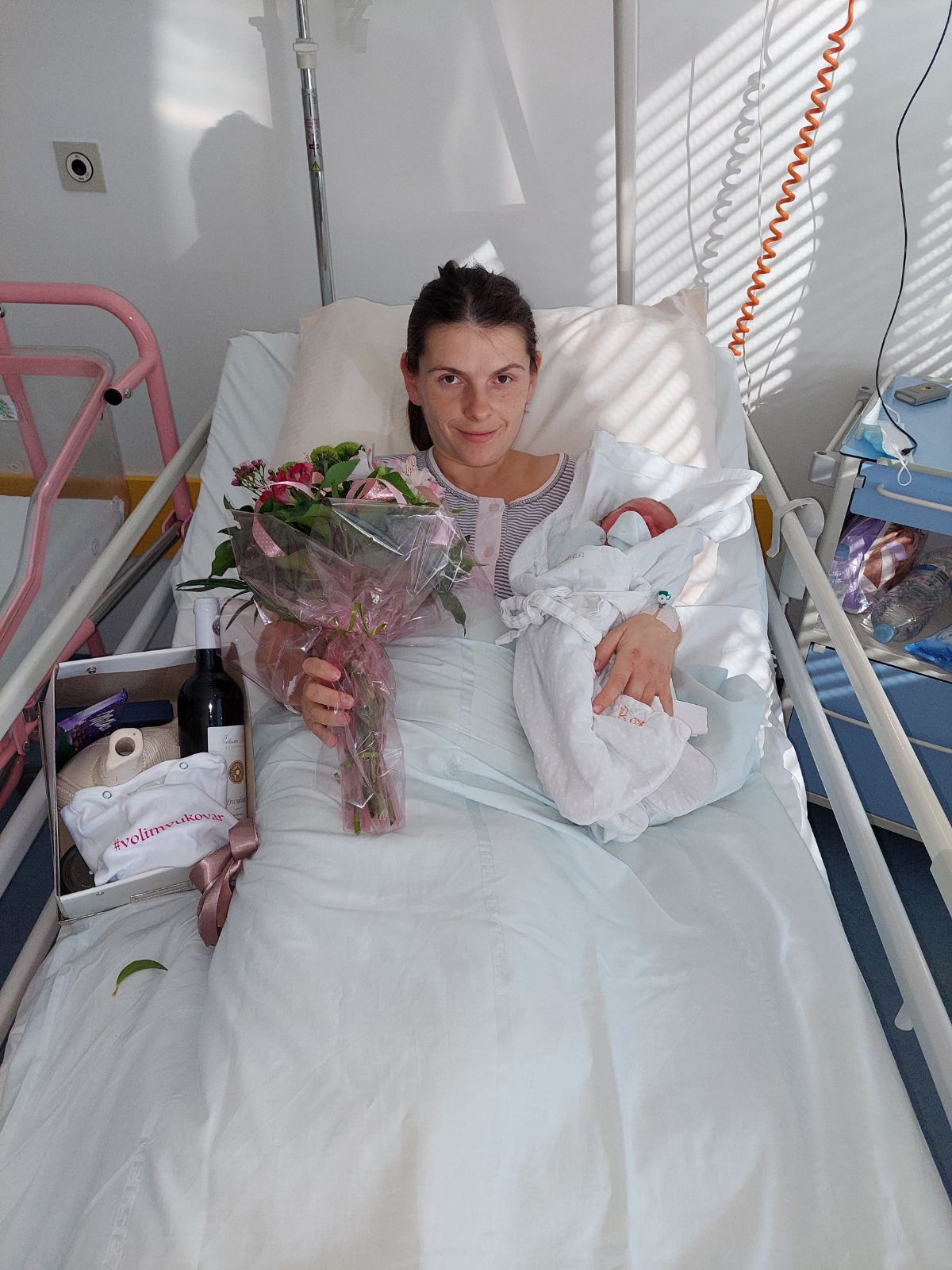 VUKOVAR, 1 January 2022 – Little Ana Đurić became the first baby born in the Croatian city of Vukovar this year when she arrived into the world at the National Memorial Hospital in Vukovar at 1:15 am on January 1, 2022.

The mayor of Vukovar, Ivan Penava, presented the happy parents with a special gift and a gift voucher worth HRK 1,500, which were presented to proud mother Sandra on Saturday.

“I extend my sincerest congratulations to the happy parents and wish them a lot of health, love and happiness. I believe that the birth of a child brought them a wonderful start in 2022, “said the mayor, adding that the City of Vukovar traditionally gifts the first child born with residence in the Vukovar area, but also that its efforts and work are continuously directed and invested in demographic and pronatal policy

The decision also introduced an allowance for equipping the first newborn child in the amount of HRK 4,000, which means that HRK 8,000 is provided for the parents of their first-born child.

According to the report of the maternity hospital, the National Memorial Hospital Vukovar recorded a total of 420 newborns in 2021, including 6 twins. This is the largest number of newborns and twins born in Vukovar in the last 20 years.