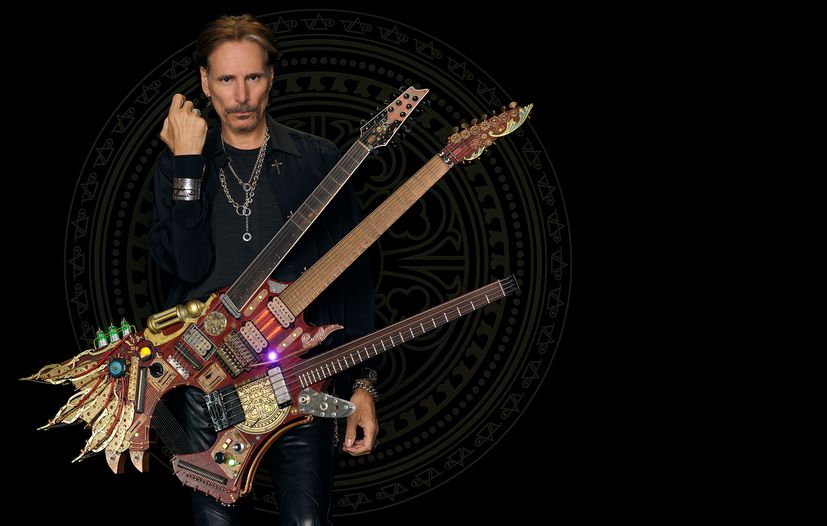 The musical innovator, visionary, producer and guitarist combines inexhaustible creativity and technical mastery in playing. For decades, he has delighted generations of fans as a virtuoso of heavy metal and rock, while the media gives him titles like the guitar god.

Steve Vai brings his Inviolate tour to Zagreb, which continues with the album of the same name. With it, he bridges the boundaries of instrumental music, and for the album he invented not only a new type of guitar with three doors, but also a way of playing it. It will be an opportunity to experience some of the greatest hits, but also to finally hear the new album “Vai/Gash” recorded in the 90s, on which the vocalist is Johnny “Gash” Sombretto.

Joe Satriani started teaching Steve the guitar at the age of 12, and at 18 he joined the legendary Frank Zappa, with whom he played. After more than four decades of work, over 15 million albums sold worldwide and three Grammy awards, Vai is one of the most famous guitarists today.

His work has been awarded numerous awards, he is regularly on the lists of the world’s best guitarists, among the top 10 according to Guitar World magazine, he was awarded honorary doctorates by the Berklee College of Music and the Musicians Institute, he is recognised as someone who introduces the highest standards of excellence in the use of technology in music , and has its place in the Long Island Music Hall of Fame.

He performed with numerous musical giants and collaborated with names such as Frank Zappa, David Lee Roth and the group Whitesnake, participated in releases such as those of Alice Cooper, Motörhead or Public Image Ltd., orchestral compositions, and all this in addition to a rich solo career.

Tickets for the evening with Steve Vai at Tvornica Kulture will go on sale on Friday, January 20 at 12:00 p.m., and can be purchased at a pre-sale price of 34 euros. This price will be valid until February 26, after which 37 euros will be required for the ticket. On the day of the concert, the ticket will cost 40 euros. Official outlets are Dirty Old Shop, Rockmark, Dallas Music Shop Rijeka, and all Eventim outlets as well as www.eventim.hr