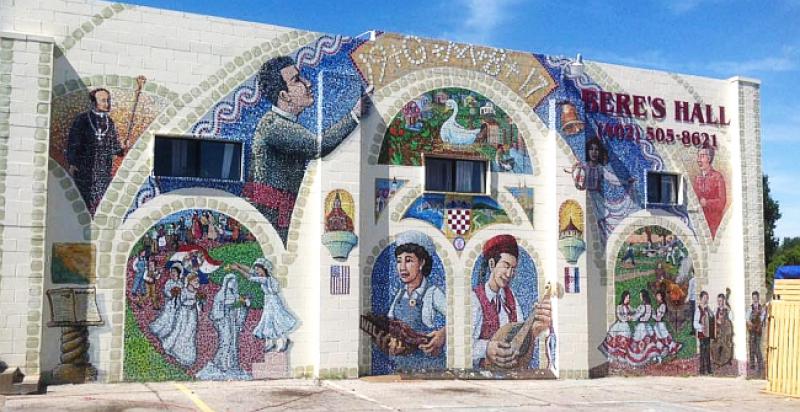 The large Croatian mural which will be unveiled on Sunday (Photo: South Omaha Mural Project)

A large Croatian mural is set to be unveiled in South Omaha, Nebraska, in the United States on Sunday.

The large mural is the 5th official public artwork of the South Omaha Mural Project, which is a series of murals depicting the culture, history, and ethnic heritage of groups that settled in the area.

The Croatian mural, which as been painted on Bere’s Hall, which was the “Owl’s Super Market” and is now a rental hall for all kinds of community gatherings, was done by artists Richard Harrison, Rebecca Harrison, Maggie Heusinkvelt, and Quin Slovek. 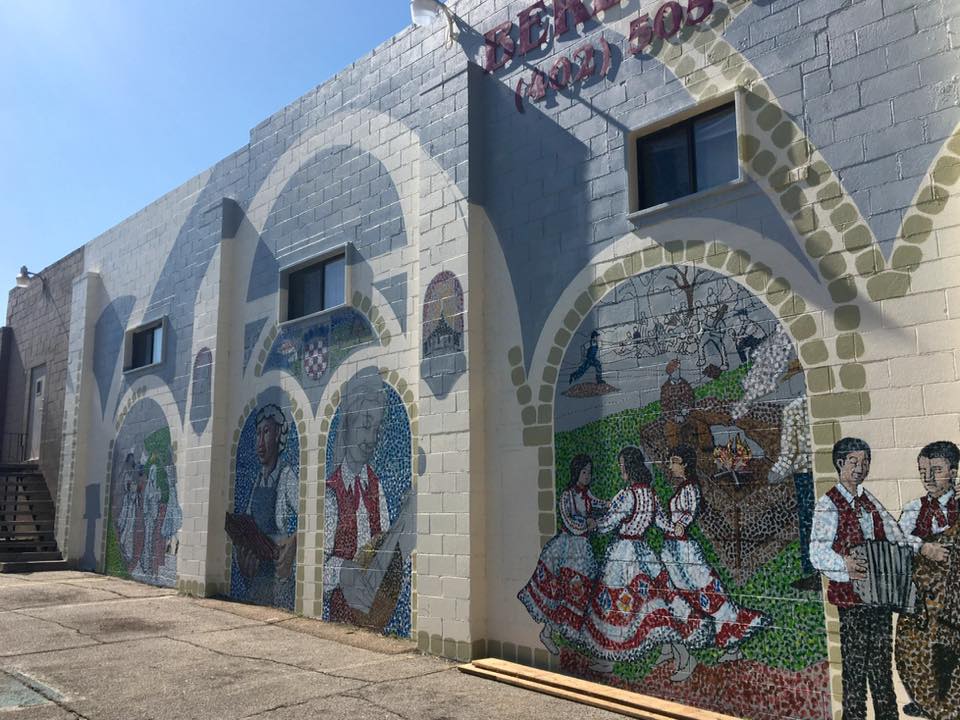 The Croatian Mural Completion Ceremony will take place at on Sunday 25 June 2017 after a special worship service and dinner at Saints Peter and Paul to commemorate the 100th anniversary of their Parish.

So far the South Omaha Mural Project murals have been dedicated to the Mexican, Lithuanian, and Polish communities. 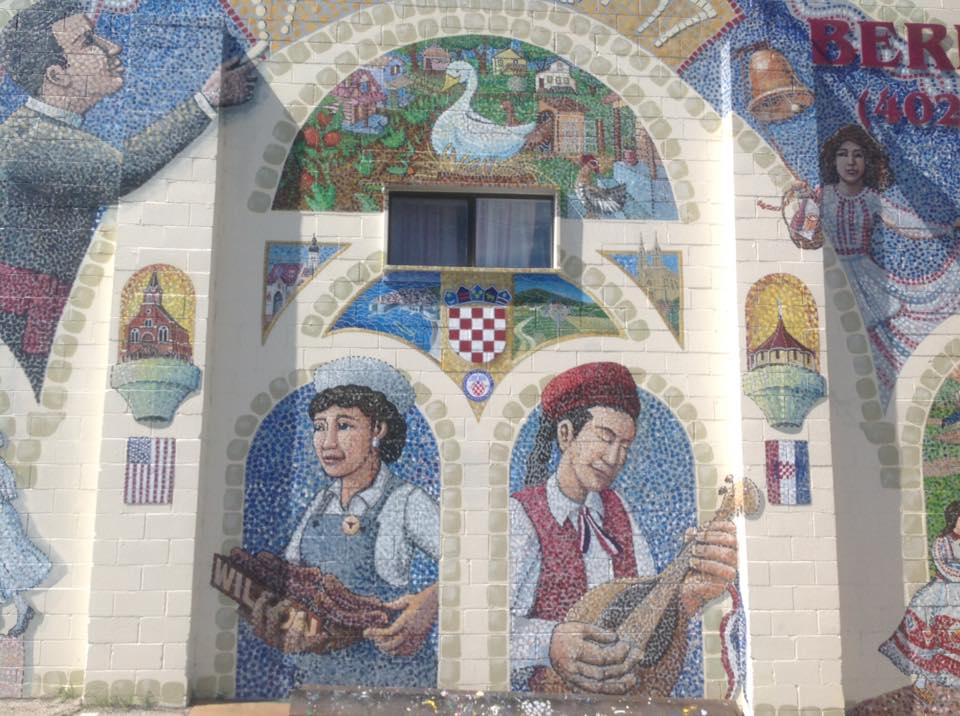 “Thanks to funding from The Nebraska Arts Council, City of Omaha Historical Fund and the Omaha Mayor’s Grant. We are also selling Croatian Garden Flags to help fund the mural.”

You can learn more about the project on southomahamuralproject.com.

Details about the ceremony: