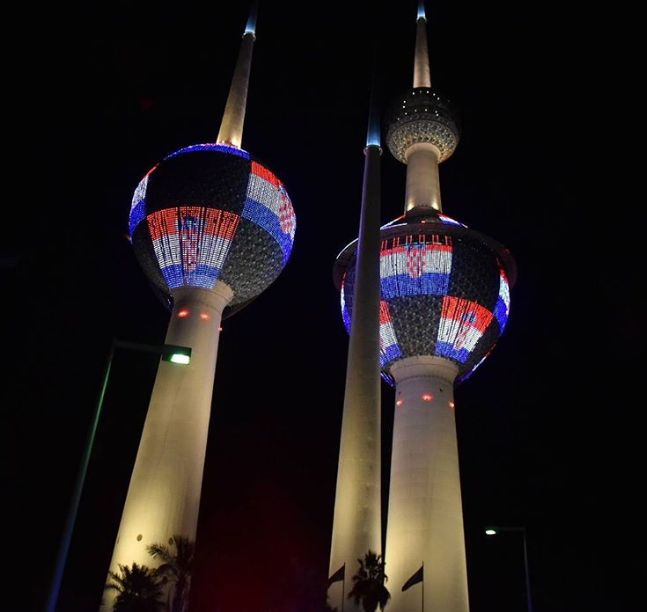 The Kuwait Towers, regarded as a landmark and symbol of modern Kuwait, lit up in Croatian colours earlier this month to coincide with the opening of a Croatian Embassy in that country.

Croatian flags were beamed on the towers as President Kolinda Grabar-Kitarović made an official state visit to Kuwait this month. The president met with the highest officials and opened the Croatian Embassy in Kuwait.

President Grabar-Kitarović said the opening of the Croatian Embassy in Kuwait was “very beneficial” for developing relations between the two countries, especially in the economy. 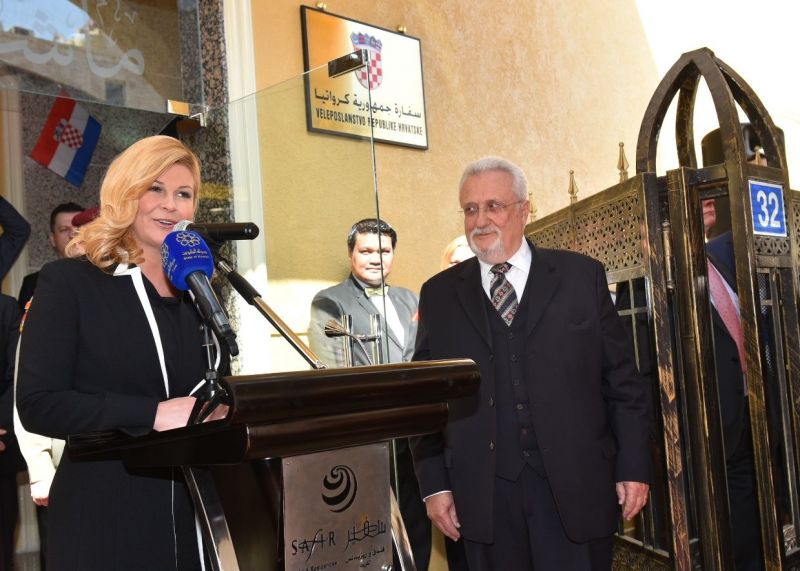 “I believe that this visit is very useful also in the sense that the Kuwaiti have perhaps begun to perceive Croatia in a different way. I am optimistic and confident that this visit will result in new business deals between Croatian and Kuwaiti companies, as well as the further presence of Croatian business people, products and services here in Kuwait,” said President Grabar-Kitarović.

A Croatian community of only around forty people, mainly young and highly educated, reside in Kuwait.

“It is of paramount importance to have an embassy in this part of the world. During these past two days, I could see opportunities for the development of, in particular, business relations between Croatia and Kuwait and this part of the world, Gulf countries in general,” said the President.