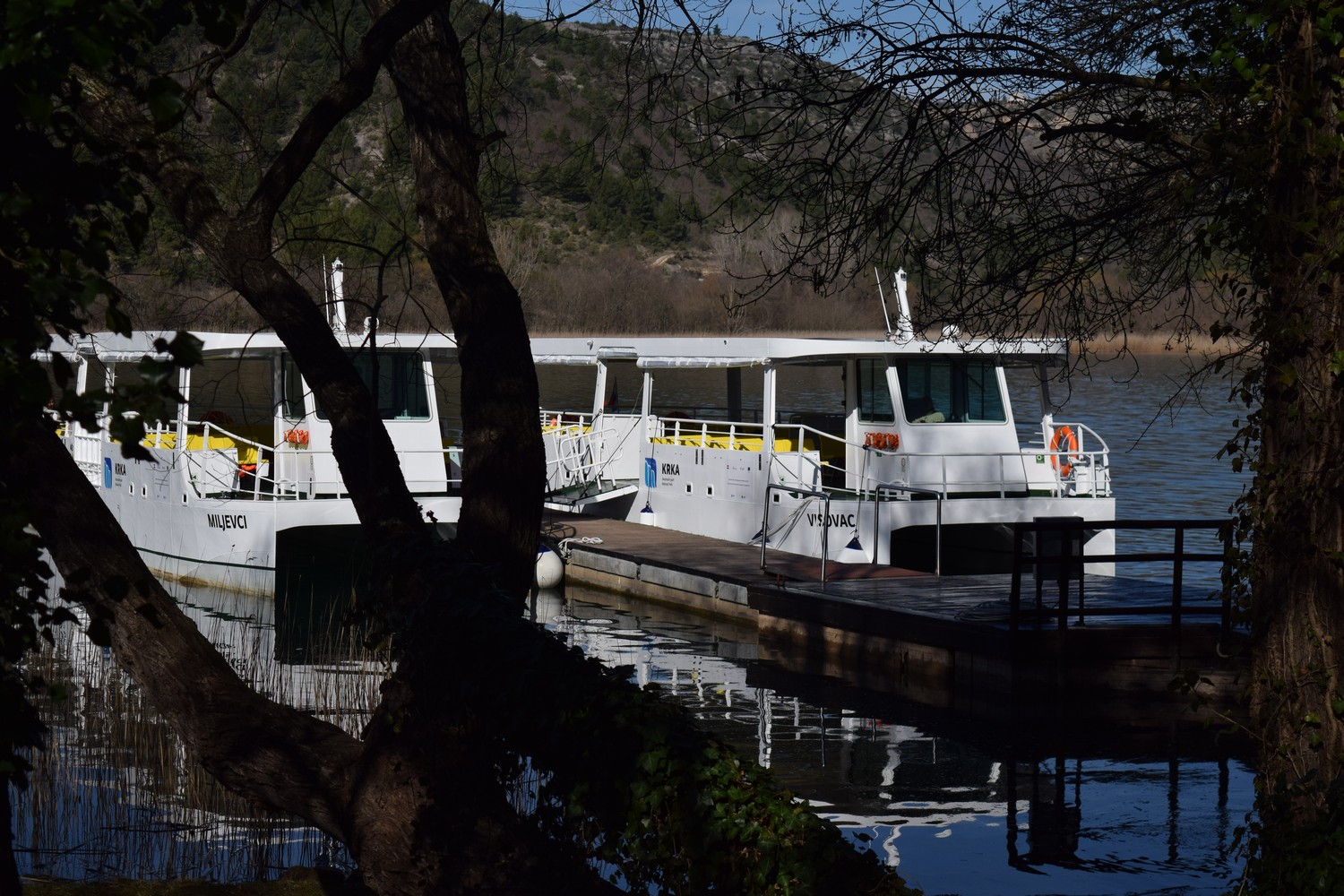 The two new electric catamarans, named Visovac and Miljevci, were built at Dalmont shipyard in Kraljevica and have a capacity of 100 passengers, four crew members and space for four wheelchairs.

The catamarans will take their first passengers in early April, the park said on Monday as the boats were presented at Roški Slap. 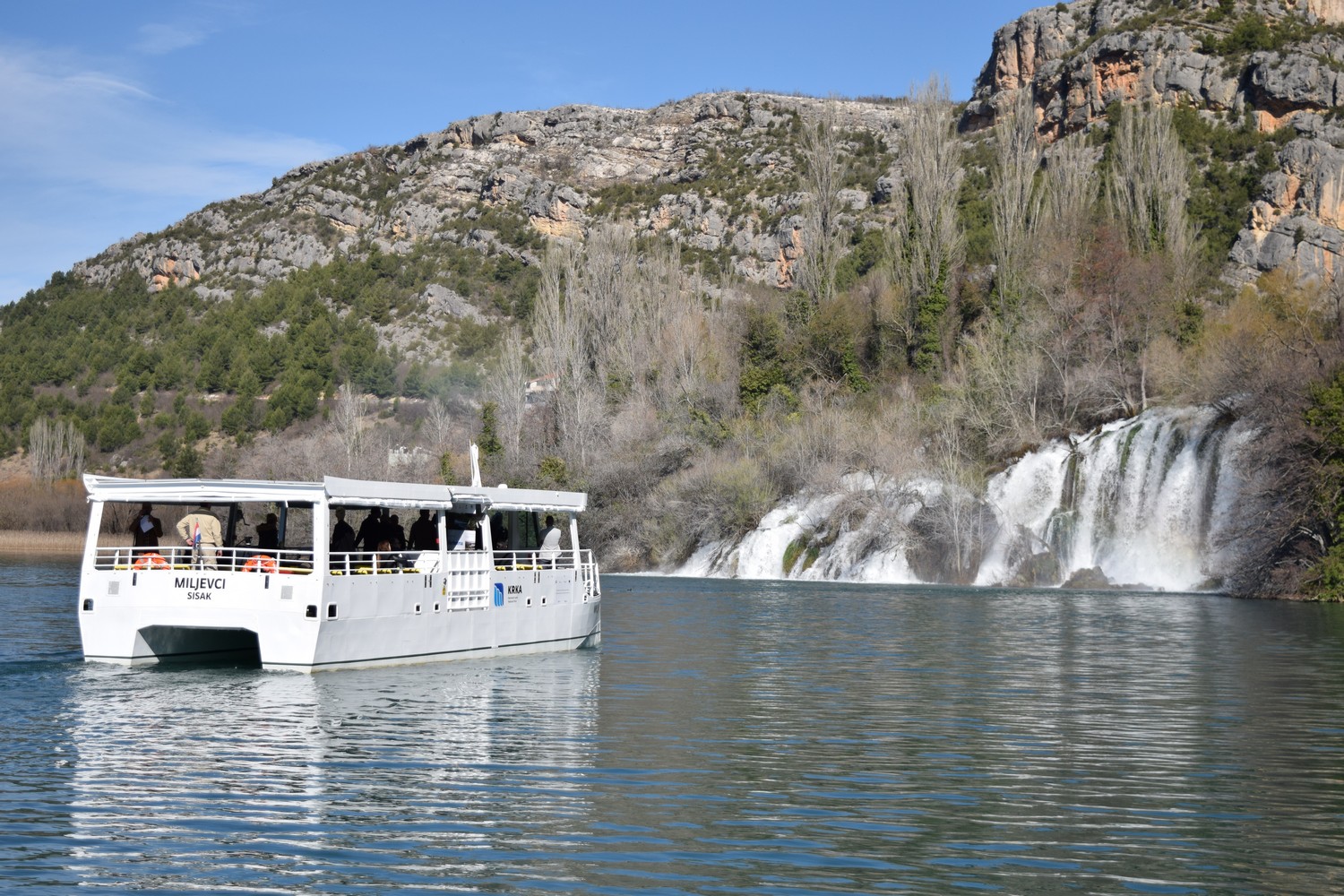 “Electric powered boats are the most acceptable ecological solution, particularly in protected areas. All of our activities in the Public Institute of Krka National Park are aimed at implementing the highest quality solutions that will have a long-term impact on conserving and protecting the biodiversity of the Krka River. We are pleased that we have successfully executed this valuable project, built at a Croatian shipyard,” stated director of the Public Institute of Krka National Park, Nella Slavica. She added, “These electric boats have been constructed to the newest and highest ecological and technological standards, thereby once again confirming the centuries of the art of Croatian shipbuilding.” 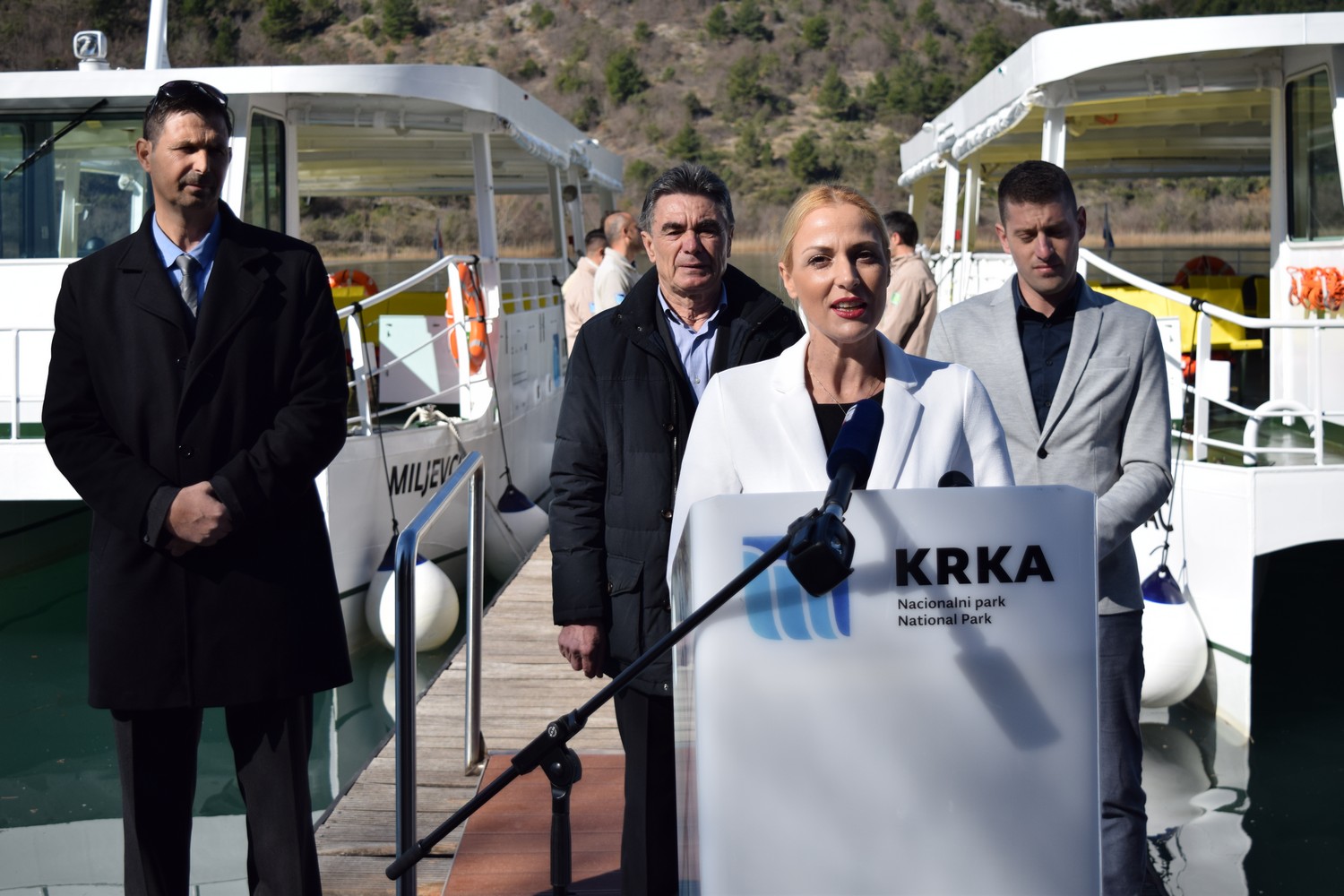 The electric catamarans are 14 metres in length and are built of high-quality aluminium, which is an imperative concerning the water quality of the Krka River, and the ecological factors that must be met in order for the living world to develop unhindered by the presence of humans.

“We are pleased that our electric boats will from now on be a part of the transport infrastructure of Krka National Park. We believe that they will provide a special experience for park visitors while touring the beauty that surrounds us here. It is important to emphasise that our ships stand out for their high-tech batteries and electric motors, that ensure sufficient energy for eight hours of sailing,” said Robert Miletić, technical director at the Dalmont shipyard, which built these two boats for Krka National Park. 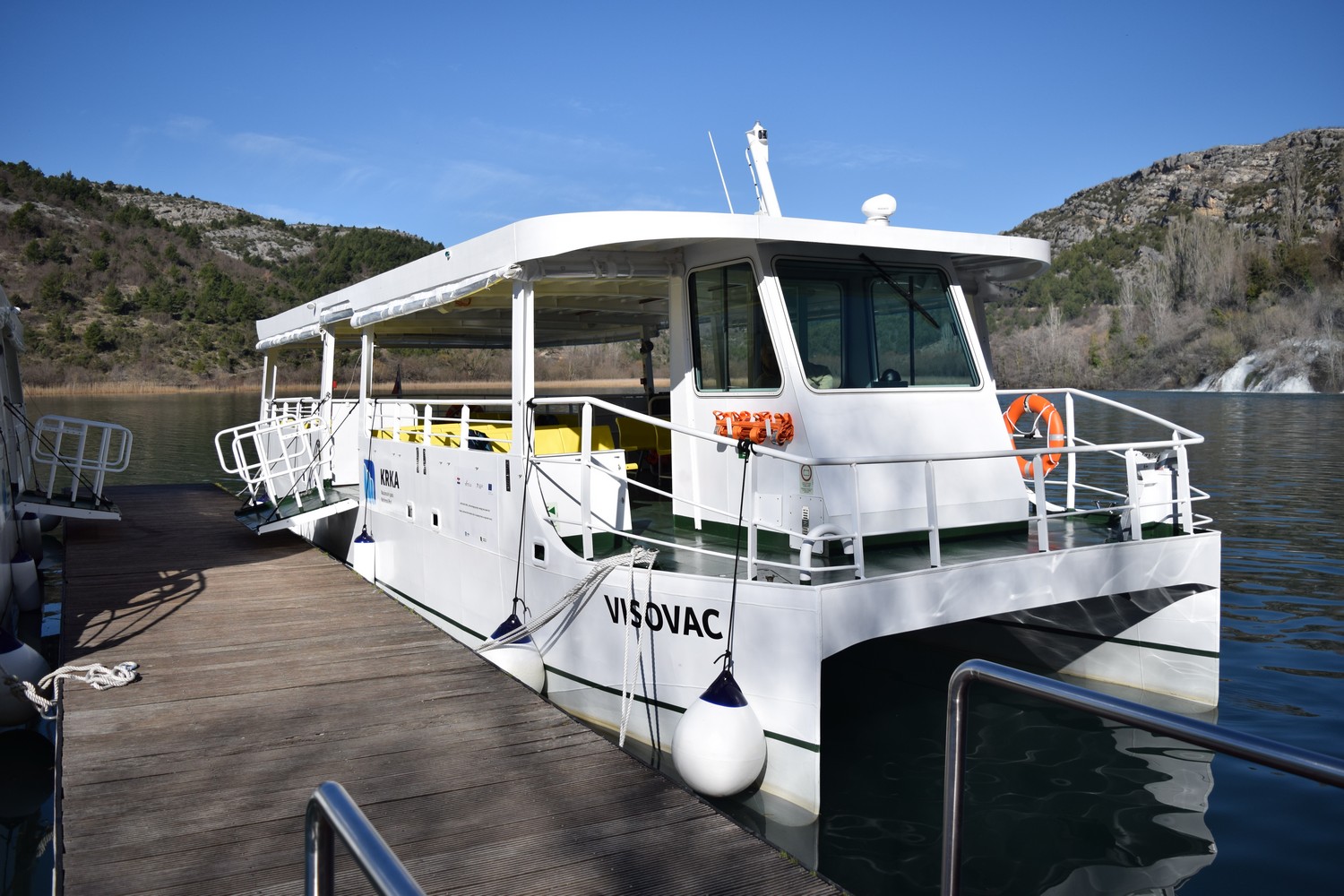 The new boats also carried solar panels on the roof structure, which in the summer months will ensure an additional 10 hours of autonomy.

With an average of 2647 sunny hours per year in Šibenik and 2377 in Knin, the Krka National Park area is one of the sunniest areas in Croatia. Therefore, insolation, or solar power, is an ecologically acceptable and significant source of renewable energy, making it the ideal solution for long-term sustainable development. 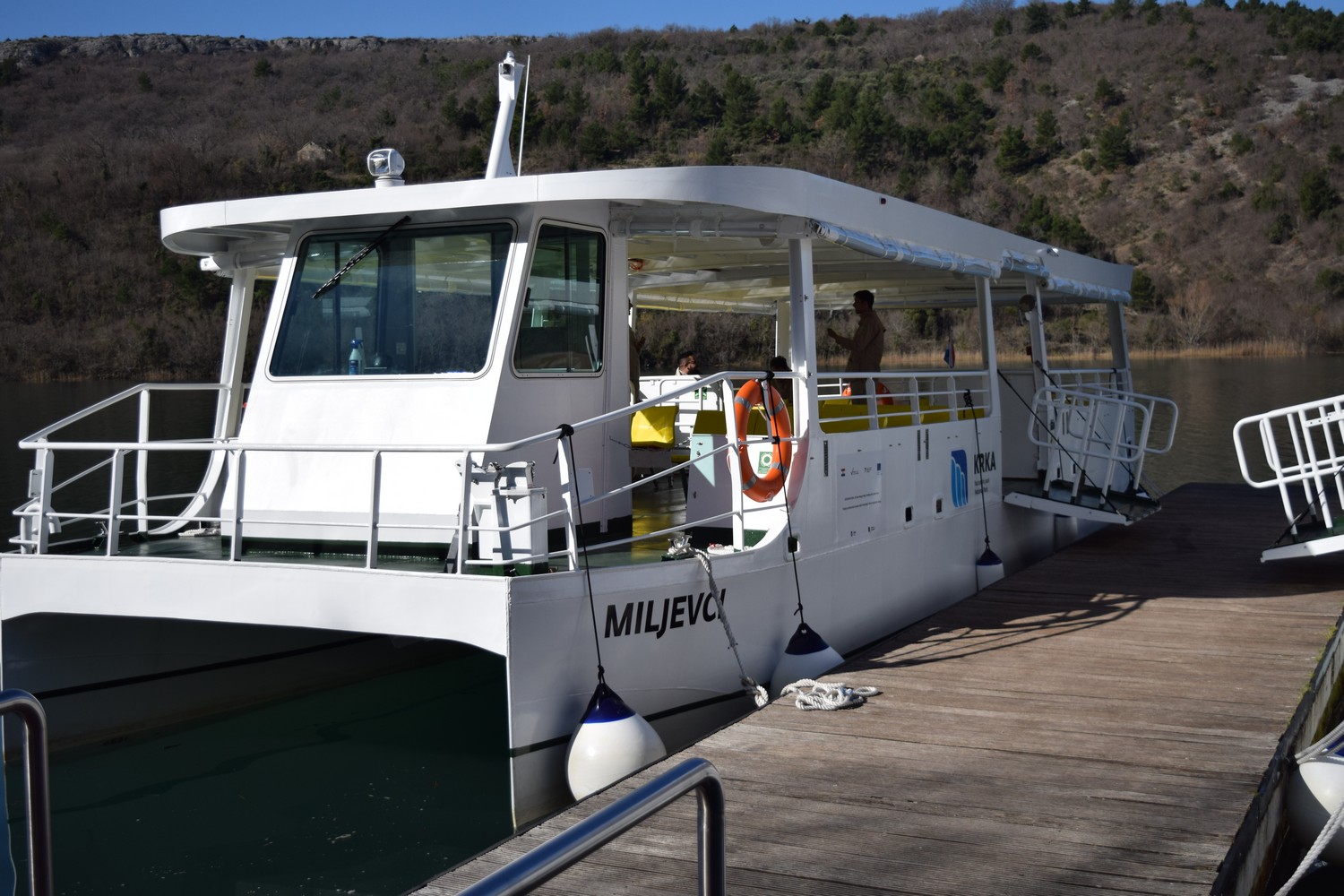 The procurement of electric boats is part of a broader project entitled Unknown Krka: hidden treasures in the upper and middle court of the Krka River, aimed at sustainable development and preserving the ecosystem of the Krka River.