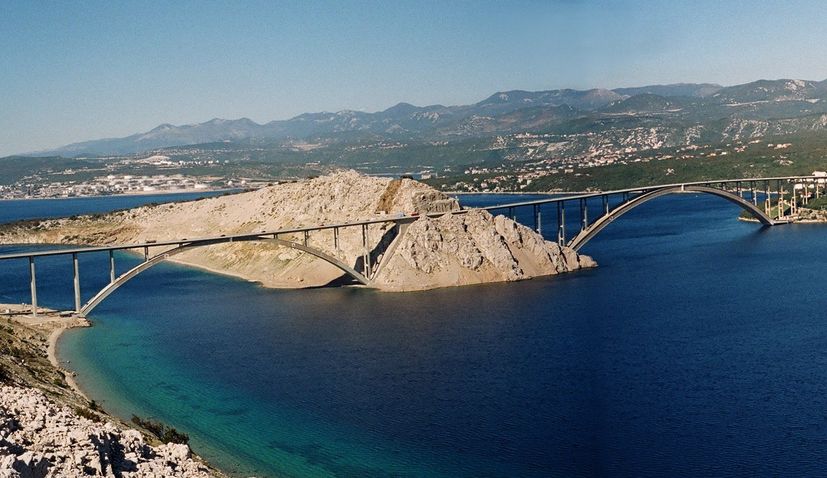 ZAGREB, May 19 (Hina) – The Rijeka-based PGS party on Tuesday said that it was thrilled when it heard the announcements that tolls for Krk Bridge would be abolished.

PGS leader Darijo Casilic told Hina that the decision on no more tolls for the bridge, which the Croatian government was likely to adopt soon, would mean a lot for residents of that northern Croatian island.

Vasilic recalled all the activities this non-parliamentary party had taken so that the payment of the Krk Bridge tolls be abolished.

He underscored that currently, Krk Bridge is the only bridge in Croatia to be included in the toll payment system.

No more tolls for transport across the bridge will mean a lot for residents in Primorje-Gorski Kotar County, said the Mayor of the town of Krk on that island.

He explained that the revocation of the toll would encourage residents from other parts of the county to take one-day trips to the island.

Currently, residents on Krk and businesses registered on the island are exempt from paying the toll.

The new decision will lead to the cessation of the toll for all users.

Four of Croatia’s islands – Krk, Pag, Vir, and Ciovo – are connected to the mainland by a bridge. The bridge connecting Krk and the mainland is 1430 metres long.

The Vecernji List daily said on Tuesday that the two state-run motorway operators: the HAC Hrvatske Ceste and the ARZ Autoceste Rijeka-Zagreb, that manage 1,112 kilometres of motorways in Croatia, would be merged into one company and that the government was likely to adopt a decision to this effect either this week or next.

The daily also quotes sources from the transport ministry as saying that the merger would also lead to the abolishment of the Krk Bridge toll.