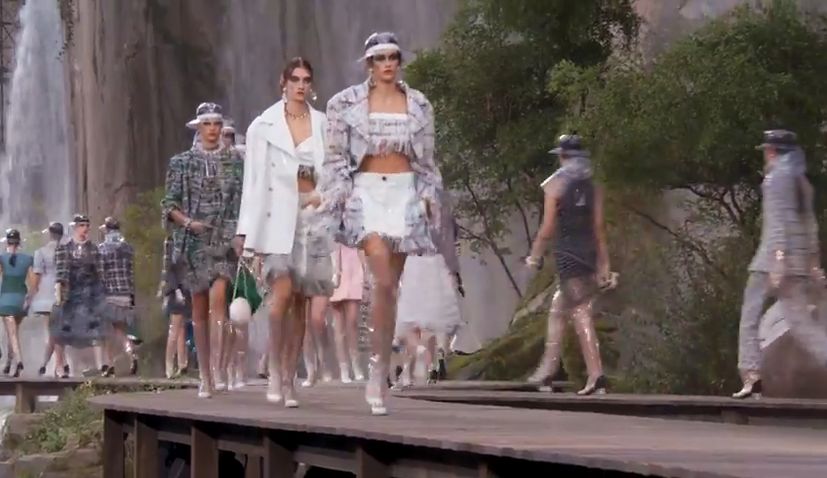 Karl Lagerfeld, one of the biggest fashion designers of today, has presented his spring/summer collection 2018 for Chanel this week at the Paris Fashion Week.

But the biggest surprise for the Croatian public came at the end when the song “Elektra” by Zdenka Kovačićek was played at the show defile.

It was a perfect music match with another stellar Chanel show. Iconic Croatian jazz and rock singer Zdenka Kovačiček recorded this song, which was written by Igor Savin, in 1978, and at that time it was a part of the avantgarde music movement.

It looks that she was before her time as Karl Lagerfeld approved this song for his 2018 fashion vision. Zdenka shared the news on her official Facebook page which led to many positive comments and compliments.

It surprised her as it is the first time a Croatian song was played at such a worldly well known fashion event. Longtime Chanel favorites Caroline de Maigret and Clemence Poesy sat front row at the event, as did Cindy Crawford, whose 16-year-old daughter, Kaia Gerber, opened the show.

Check out the videos below.