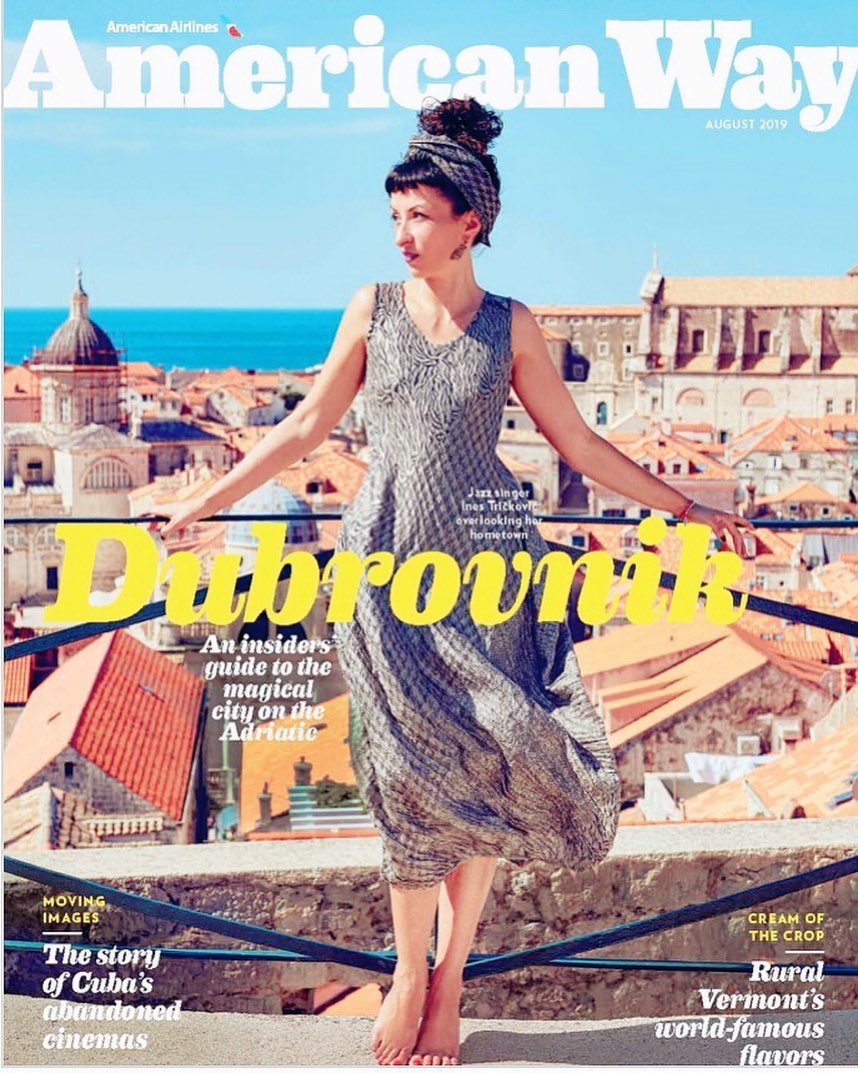 Ines Trickovic on the cover of American Way magazine (Facebook)

Trickovic, who is the niece of the late great Oliver Dragojevic, is on the cover of the August edition of the magazine which is available across the entire American Airlines fleet.

“Dreams do come true. t’s an honour to be the first Croatian ever on the cover of American Way, American Airlines Magazine. One of those Wow moments. Deeply grateful to Dubrovnik Tourist Board and their great initiative and a great team of Ink global, Boyd Farrow (journalist), John Enoch (photos), Yasmina Green, Mark Mantegna etc…Great people and great professionals! Proud to be a part of!,” Ines said before posting a cover of the magazine which shows he posing in front of Dubrovnik’s Old Town.

American Airlines launched their first direct service to Dubrovnik in June this year.

Born in Dubrovnik in 1982, Ines learned music and jazz by listening to Chet Baker, Miles Davis, John Coltrane, Tom Jobim, Ella Fitzgerald and Billie Holiday, and at the age of 16 knew how to sing over 500 jazz and bossanova standards. At the age of 18 she started to perform in front of live audiences.

Ines developed into one of the most respected jazz singers in Croatia, and now performs all around the world. She has played over 3,000 concerts and collaborated with various artists like Joe Pandur, JaarmoSaari, Aaron Goldberg and Mikael Jacobsson. She was awarded the highest Croatian music award ”Porin” for best jazz performance of the year in 2014.

The talented singer performed for the first time at the prestigious Carnegie Hall in New York in 2016.