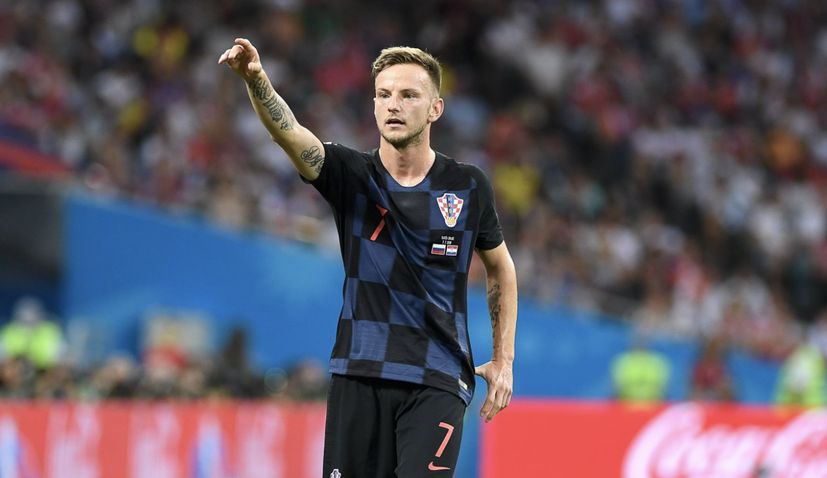 After 13 years and 106 games, Ivan Rakitic said goodbye to the Croatian national team back in September. It took some time for the emotions to subside and now he has opened up in his first big interview after what was one of the most difficult decisions in his long career.

“What will I miss the most? To be in Croatia, with friends and family, to fight for my colours, to experience the feeling every time you wear our holy jersey, look at the coat of arms you wear and know how many people are behind you,” Rakitić told Marko Cvijanović for the Croatian Football Federation website.

Rakitić revealed when he realised that he would no longer be part of the Croatian national team, he recalled the beginnings, happy and less happy days and, of course, unforgettable moments at the World Cup in Russia and the spectacular welcome upon returning to Zagreb where 500,000 people took to the streets.

“It’s weird for me without representative gatherings, a man gets used to it after all these years… Now I realise that everything that people say that it is harder to watch from the stands than to play a game. It is the same now that I am no longer close to the national team,” Rakitic says, before recalling the day when he made that difficult decision to say goodbye.

“The decision to leave the national team is one of those career days that you remember forever. Especially when it comes to something as painful as my farewell to the ‘Vatreni’. However, I am happy and proud that I was able to have the strength, in which I was greatly helped by President Davor Šuker, coach Zlatko Dalić, and captain Luka Modrić. What was the deciding factor? Thirteen years, more than a hundred games… Maybe the time has come when my family needs me more. On the other hand, I wanted to dedicate myself to my club career, to take a little more care of my health.”

“I still catch myself waiting for the game, watching every detail, cheering and… I just don’t realise I’m not a part of it anymore, at least not in the “front row”. However, I’m always glad to hear from someone from the national team, that will never change. And of course, Croatia will always have a big fan in me.”

One of the turning points in his career was the day he chose Croatia over Switzerland.

“I knew that my parents would like me to play for Croatia, but I told them then that I needed time for a final decision. I remember well the day I decided, we were all in the apartment and at one point I retreated to my room. I had a clear decision in me, but, as I was supposed to inform Slaven Bilić at the time, I experienced everything the same recently, when I was supposed to announce the decision to Zlatko Dalic… It is not easy to take a cell phone and dial the number… Of course, I was happy and proud that I took that step and decided to play for Croatia.”

The highlight of Ivan’s Croatia career is, of course, winning silver at the World Cup in Russia.

“Everything in Russia turned out nicely and, to be honest, it was unexpected for all of us. However, all that month and a half we functioned fantastically and earned silver. And something else, besides the results, we also achieved that the whole world loved us, I had the feeling that 99 percent of the people in the world supported us, ha, ha, ha… We must be proud of our achievements in Russia. And the welcome in Zagreb… What can I say… We have shown the whole world what Croatia is!.”

You can watch the entire interview with Ivan Rakitić in the video on the HNS YouTube channel.