Croatian international Ivan Rakitic has extended his business portfolio by investing in and becoming a co-owner of IntelStats.

IntelStats, which has offices in Zagreb and London, is today’s most advanced and powerful computerized system providing football IT analysis solutions to improve player performance, team statistics, and smart scouting.

The majority owner of IntelStats is football analyst Ivan Ilečić, who has been working on this software for several years, visiting more than 30 European clubs and their analysts, with the application inspired by the essential data and parameters used by coaches such as Jurgen Klopp, Pepe Guardiola, Joachim Löw, Maurice Pochttin and clubs such as Bayern Munich, Borussia Dortmund, Manchester City, Leverkusen, Liverpool, Chelsea, Tottenham, Real Madrid and others in Germany and England.

“We are currently analyzing Champions League matches, certain Premier League and Bundesliga matches, Serie A and the complete Croatian first division and all the players in it as well as the Croatian national team and its opponents. Unlike the competition, IntelStats offers static parameters and analysis that are essential for player progress, a simple tool to use through an iPad application that will allow you to reach all the match data as well as cut-off clips of each game match in a very short time prepared for the game and the next opponent. Today, auxiliary coaches or analysts spend too much time watching full games and cutting picks because they do not have the right tools to do it for them,” Ilečić said, before adding. 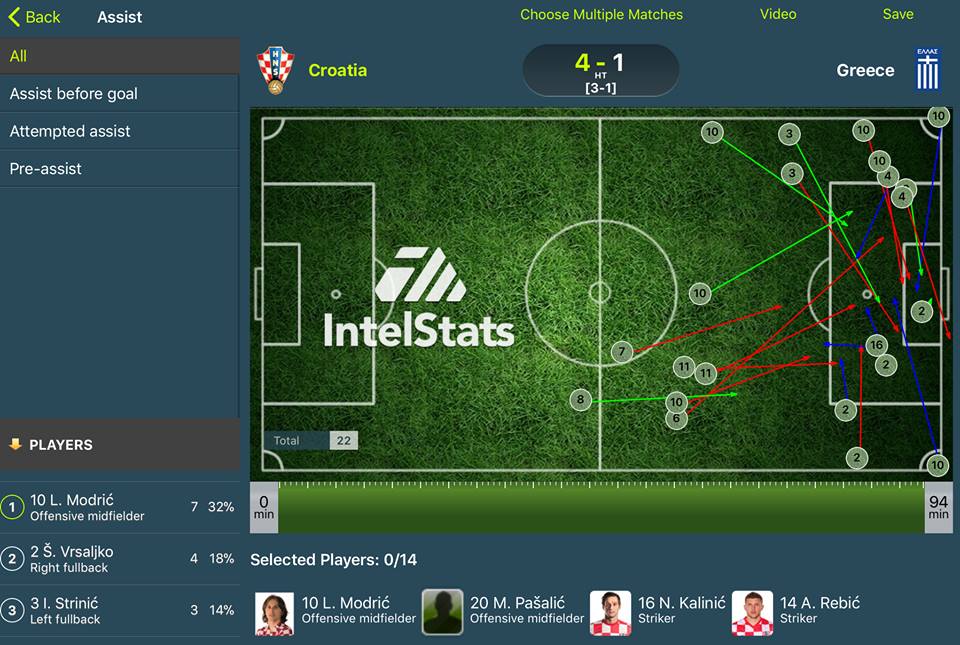 “If you know how to use the analysis it can be of great benefit before the match, after the match and of course about the opposition. If this helps you 3-5%, that percentage can sometimes be 3, or 6 points, which means you may be second or third or relegated out of the league. Therefore, there is no need to underestimate every detail that can contribute to a better game or a result.”

New co-owner Rakitic is a user of the software himself.

“I use Intelstats on a regular basis like I did other applications at various other clubs. IntelStats analysis Barcelona and Croatia matches, as well as Champions League games fo it i excellent to see my analysis after the match on iPad,” Rakitic said, before adding.

“Ivan does something extra and sends me some clips after the match, which for me, like every player, is handy when you want to see what were the good and bad things you done in the match. 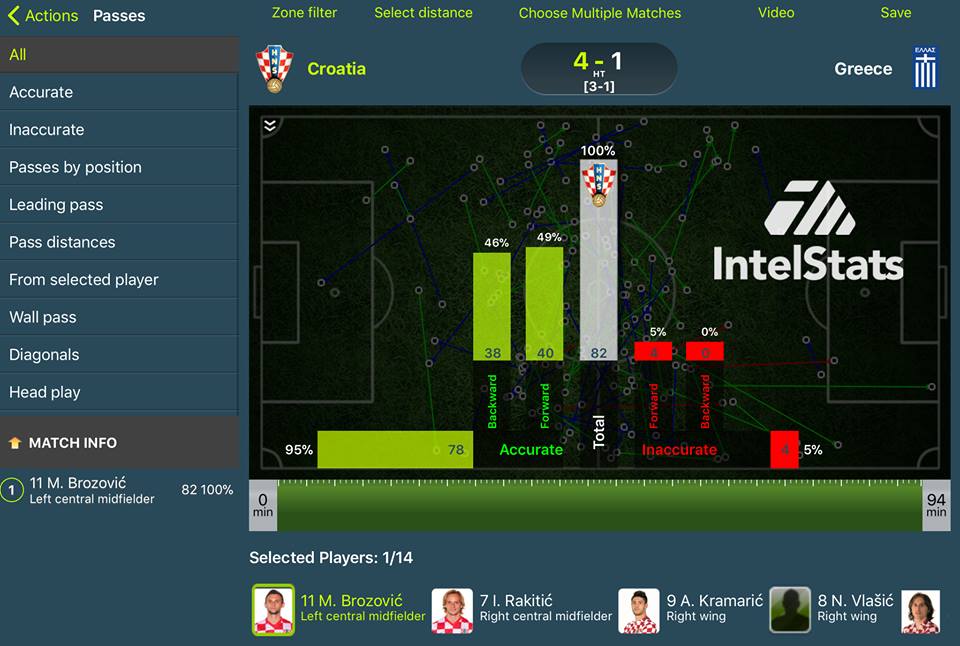 Ivan me, of course, has a little fun with me with those clips and the data that he sends me after the match, but that is how it is, however he is an expert on this and it allowed to. But without doubt that part he knows very well how to do and that is one of the reasons why I invested in IntelStats,”

Ivan also worked with us in the national team and prepared us for the upcoming matches and when I saw how sophisticated that system he was doing, and I have gone through a lot of clubs and saw a lot of systems, I said this is the future and well done as it is necessary for a player’s progress,” Rakitic said.

Rakitic says that the software will soon be presented to the Barcelona Youth Academy, La Masia, as well as other European clubs.

“I would be the happiest if all the Croatian clubs and their coaches and players in the youth system, as well as the seniors, have the IntelStats tool on the palm of their hand. Football is unimaginable today without technology and it is clear to everyone now if you do not have it, you are losing more and more ground on the competiton.

“We all know the financial situation with some of the Croatian clubs, so Ivan and I agreed to provide those Croatian first division (HNL) clubs who are not able to pay for analysis and their coaches have shown interest in it, to provide it for free. We also will try and meet with HNS to try and find a model so that Croatian coaches in youth schools can be equipped with technology on the level of German and English clubs as we believe that with talent, which is not in doubt in Croatia, of course, conditions for work and facilities, the parameters are a very important developmental link to make our players even better,” Rakitic told Sportski Novosti.