Home » Business » Is Croatia sitting on a goldmine? 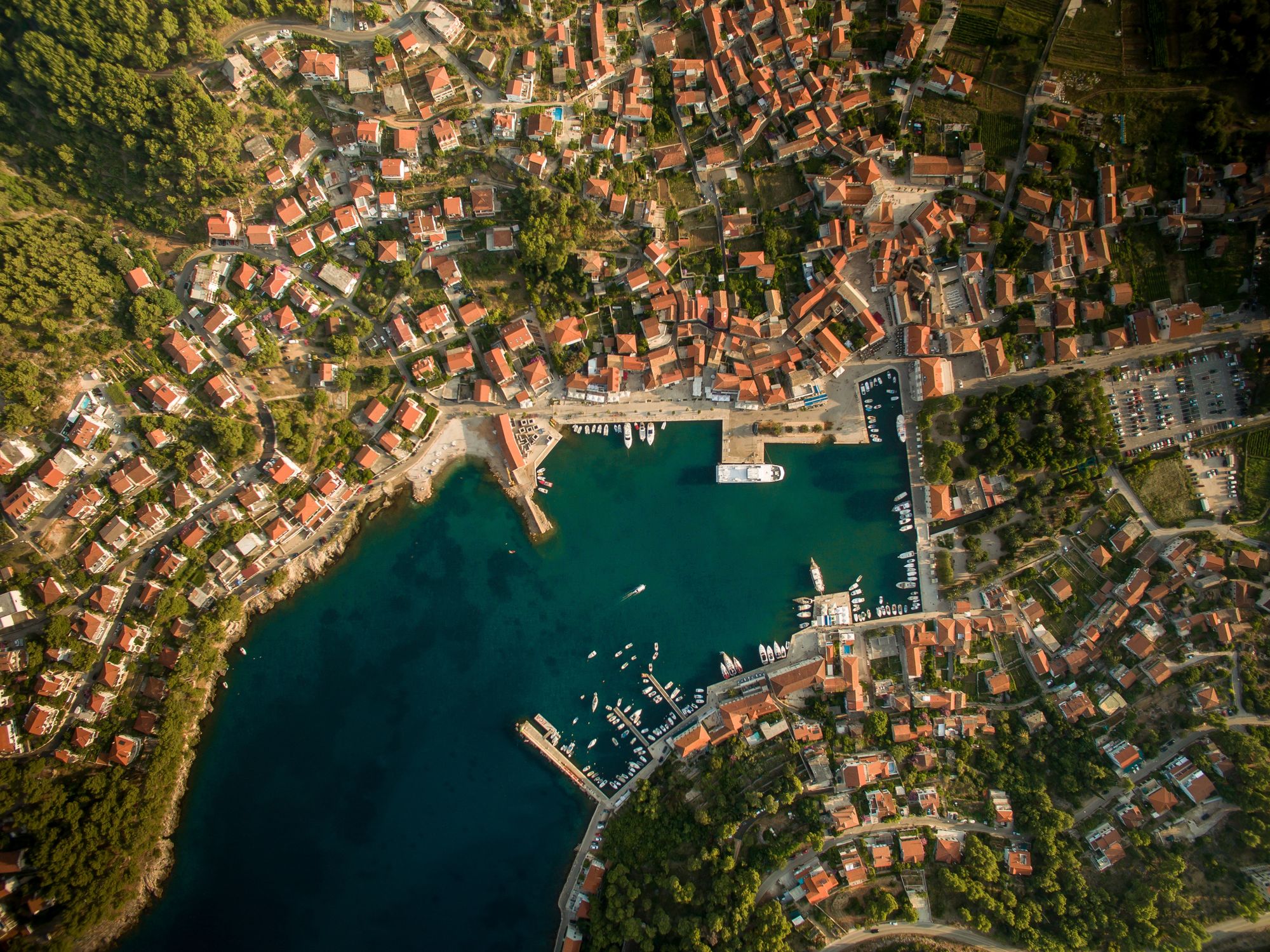 Terra Adriatica has launched a bold, new initiative with a mission to help thousands of Croatians, at home and abroad, to identify and realize value from the sale of land with unclean title.

Zagreb, November 18, 2019 – According to Terra Adriatica, approximately 10% of land – 5.6 billion square meters – in Croatia is ‘locked’ due to unclean title. Land has no realizable value while locked, as it cannot be sold or developed legally.

The Company estimates this to represent a lost opportunity measuring in the tens of billions of Euros for the owners of affected real estate and, by extension, for the broader economy that would otherwise benefit from increased private investment and the resulting employment opportunity.

Terra Adriatica looks set to change all this. Having spent 3 years researching the underlying issues and developing pioneering technology to address them, the Company has now launched its online platform to engage with tens of thousands of individuals around the world in a bid to help them identify and release this value on their behalf.

The project was co-founded by prof. Davor Lauc, PhD, who, having grown tired of hearing how impossible solving the issue of unclean title was, set about looking for the solution.

The team started by asking the simple question, ‘if time and money was of no consequence, could it be done in theory?’ Following a thorough review of land registry regulation, they concluded that, (contrary to popular belief), the law itself provides a mechanism to address any complication. So yes, it could. Technically…

“This conclusion, while helpful, only gave us a theoretical starting point”, explains Lauc, “…generally, very few people have unlimited time and money, so we needed to research the underlying issues in more detail in order to find a viable solution”.

The team discovered that the issues do not exist solely in Croatia, but that they are particularly prevalent there. They arise in countries that have experienced past political and revolutionary turmoil resulting in mass migration. As a result, land registry records are often incomplete or inaccurate, making it almost impossible to trace the descendants of original landowners.

“These findings presented a highly technical challenge,” continues Lauc, “the two main land registries in Croatia contain many inconsistencies so as to make the traditional process of establishing a claim highly complex. We therefore decided to apply the use of pioneering, AI technology to analyze literally billions of separate data points in order to create a clearer picture.”

The Terra Adriatica website allows any visitor to run a simple search on their family name to gain a number of interesting, historical facts on the location and type of land associated with that name. Taking a step further, registered users can provide family tree information to gain a free report on potential claims to land, including its size, shape and location. 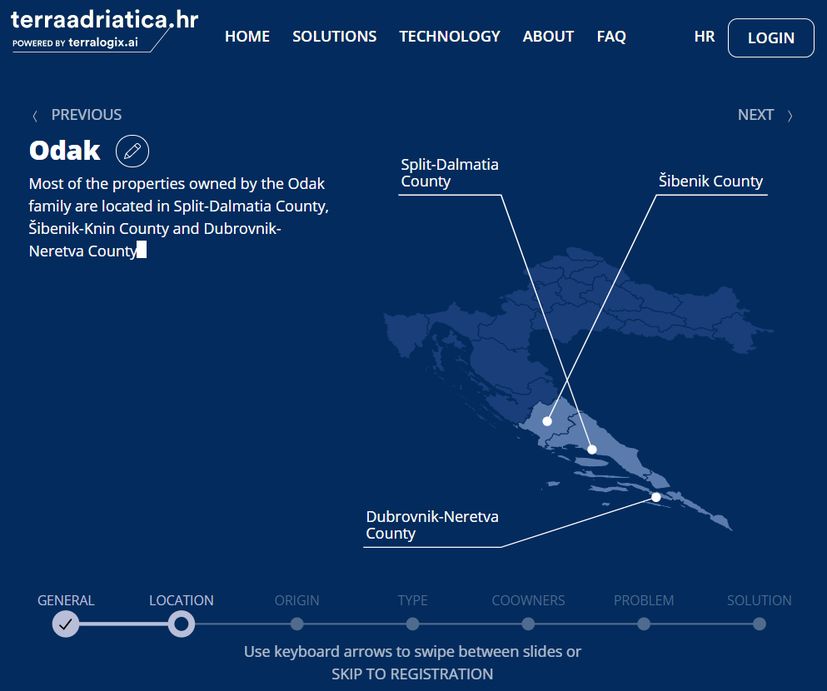 “This is where our AI algorithms kick in”, explains Terra Adriatica’s lead Data Scientist, Krešimir Babel,  ..“we correlate the information provided, on behalf of users, with millions of records to determine possible rights to land, ranking the probability of ownership against a high, medium or low score. We then make that information available for download in a free report.”

Having addressed the complexity inherent within the registries to build a more accurate picture, Terra Adriatica then offers its users the ability to opt into its core service – Locksmith.

“Locksmith is a product designed to unlock the latent value held in affected land by establishing clean title, (on behalf of the would-be owner), ahead of its sale,” explains Terra Adriatica’s Managing Director, Anthony Johnson, “…not only will we achieve this within a viable time-frame, we will do so at no upfront cost to the individual, delivering them, on average, over 80% of the proceeds.”

Terra Adriatica’s innovative financial solution is to bring on board investors willing to cover the cost of cleaning land for a return on their investment, plus a small share of the price achieved at sale.

“Investors are struggling to find healthy returns in today’s volatile markets”, explains Johnson, “by aggregating multiple claims into larger projects, we use economies of scale to present an attractive option to the investor community. This approach is a win for all and aligns all parties to securing the highest possible price at sale. We take a fee for facilitating the process and the seller receives the vast majority of the proceeds. We generate value where previously there was none.”

Terra Adriatica launched its service in September this year and is in the process of engaging with Croatians at home as well as with the Diaspora, who often are unaware of their right to land. 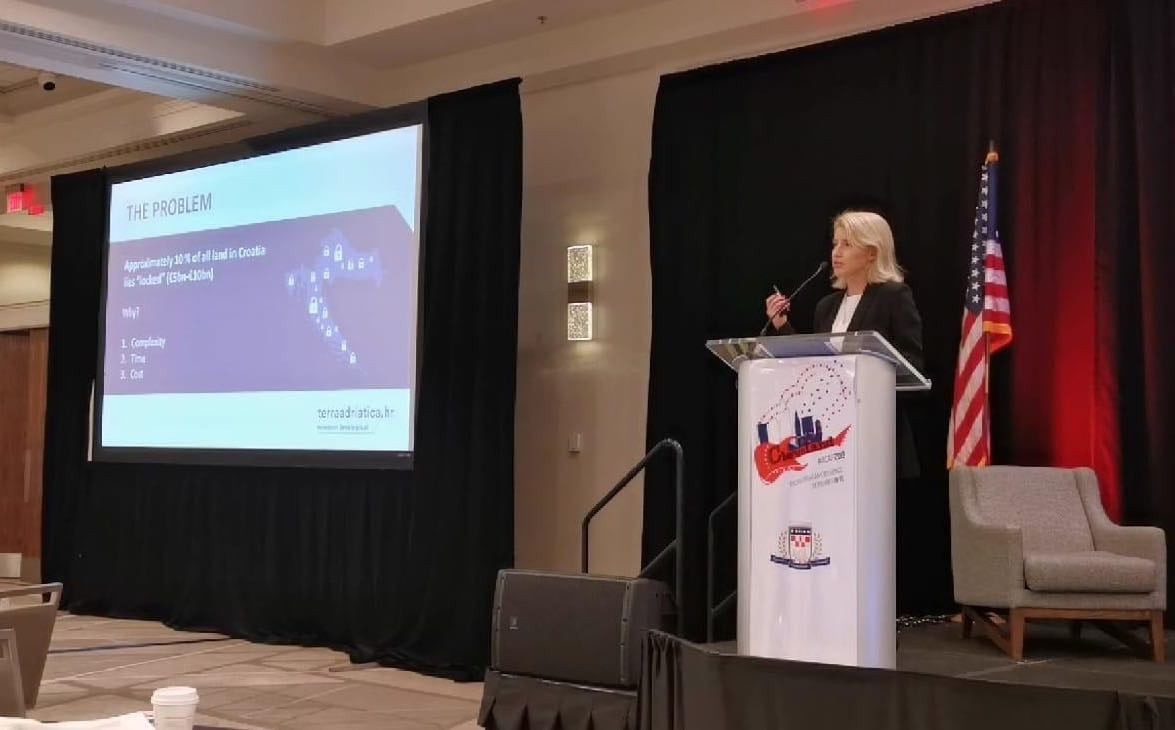 “Diasporic communities often hold the key to resolving issues with locked land”, says Maja Odak, Head of Diaspora Development, “…the inability to trace owners abroad affects not only them but people at home who more than not are co-owner of the same land. By identifying and engaging with all parties, we are able to free up valuable resource for the benefit of all. “

Terra Adriatica is based in Croatia where the team has offices in Zagreb and Split. Its ambition is to create a Croatian regional center of excellence from where it can expand into neighboring regions affected by the same issue.