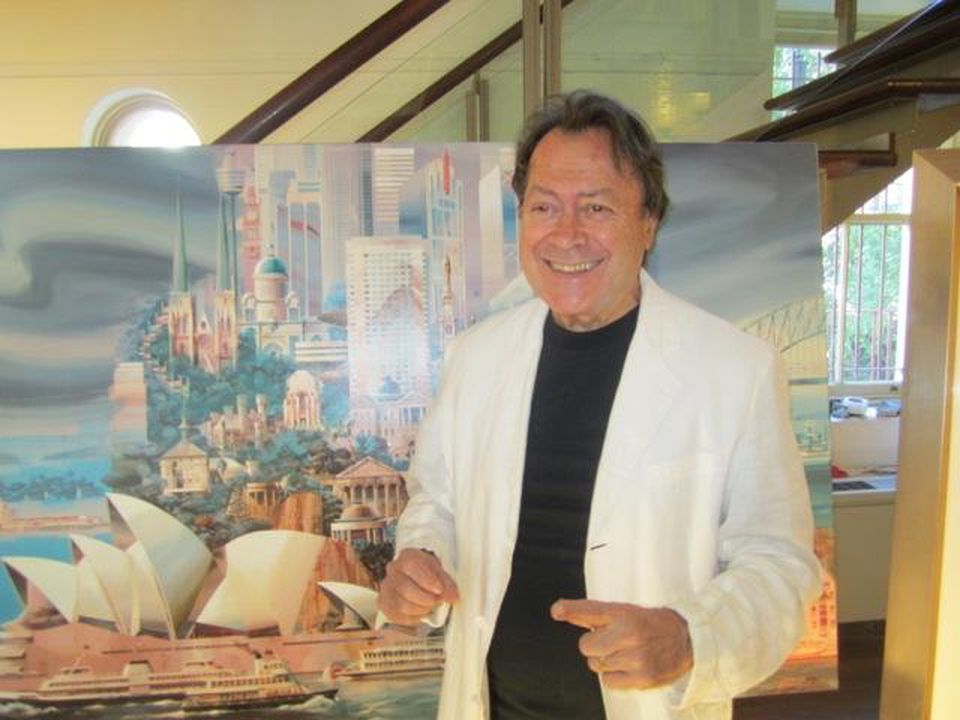 On a day that approached his 85th birthday I walked into the Billich Gallery at The Rocks in Sydney to conduct an interview with the Croatian born, world acclaimed and awarded Australian surrealist Charles Billich as if it was any other day. I knew from previous experiences I would find Billich in his art studio, working at his next masterpiece (and there have been many), engrossed in his imagination, which when put to canvas takes one’s breath away. “I learned the value of hard work by working hard,” the world’s great anthropologist Margaret Mead once said, and Charles Billich has never been a stranger to hard work, which, together with his exceptionally brilliant talent in transporting imagination to real and tangible images through his paint brushes have earned him the kudos of a 21st century master of surrealism.

One minute he’s painting a portrait of Pope John Paul II, Saint Mary Of the Cross MacKillop or contributing his work to the halls of the White House, the United Nations, the residency of royal families. Next, he’s painting nudes of some of the world’s most desirable women, cityscapes of world’s prominent capitals, racehorses and polo tournaments, or historical figures that shaped the history of his birth country – Croatia. Billich spent his younger years escaping what he describes as “the hell of Yugoslavia” under communist leader, Josip Broz Tito. Before fleeing to Australia in 1950’s, he witnessed the massacre of those close to him in the so-called communist purges, and experienced years in jail for journalistic anti-communist activities.

Charles Billich carved his successful career in the very competitive art scene by being himself and working hard, embracing the unusual and the fascinating, perpetually keeping his audience standing on their toes.

Simple law of physics. The older you get the more you tend to energise yourself as you have a subconscience which torments you with its poor understanding of eternity. So, I have to keep in reasonable condition to download the bulk of my opus. A lot of people feel that I’ve done enough – damage – but I feel I’m just at the beginning of a meaningful career in the beaux artes. My work is my serendipity despite the usual frustrations. The older I get the more serious I become with my visual jokes. 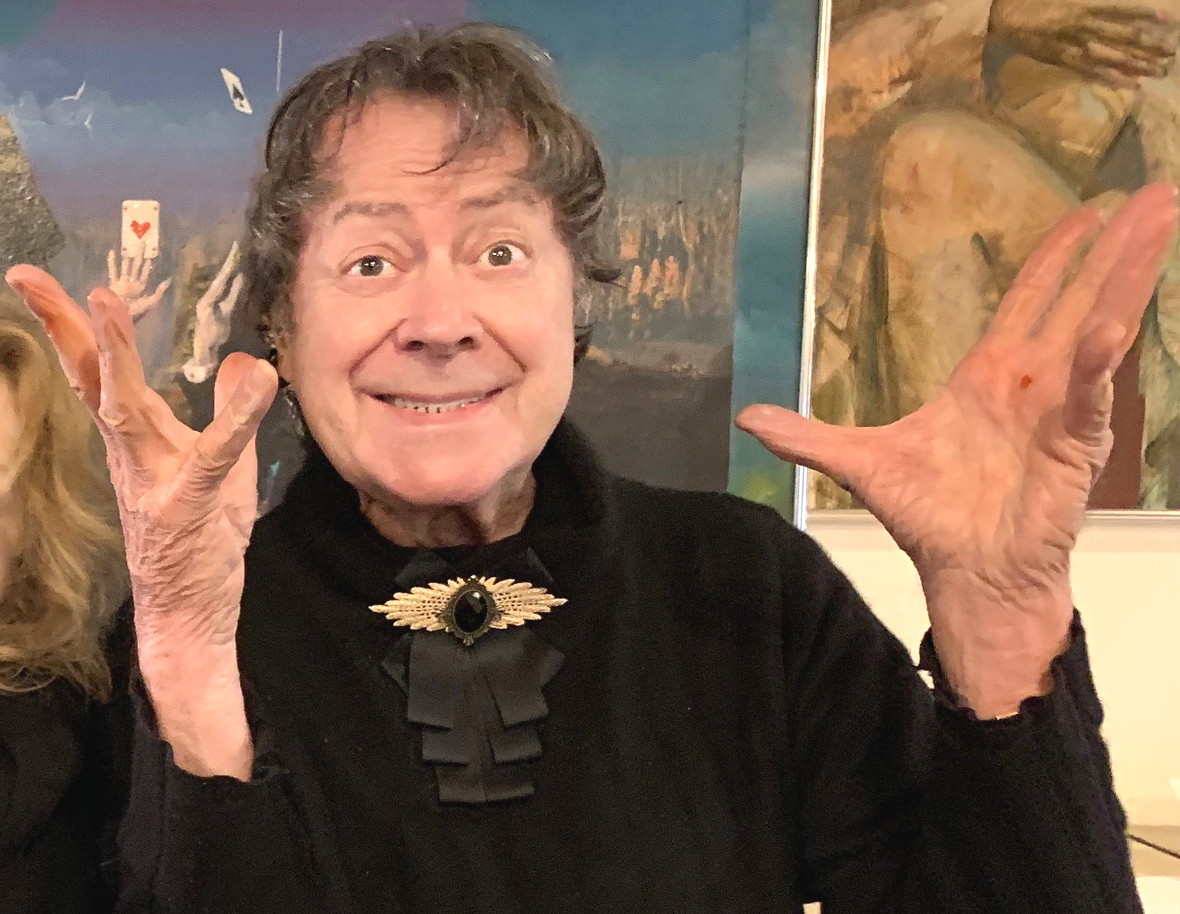 Is it a question of experience or has it to do more with inner drive than experience. A child doesn’t get exposed to too many experiences and yet a child can dream up fantasies and yet some children are driven to record them. I was a compulsive sketcher as a child and perpetually losing my attention span much to the frustration of my teachers. I’ve started as normally artists start as a doodler. As an adolescent I experienced two epiphanies, at the age of 13 ballet discovered me and I was invited to join the Rijeka Opera choir de ballet and evidently my ability caught somebody’s attention. A year later I was invited to illustrate a book by a publishing house, I don’t know how I still managed to study and read at 17, still a student I established my own magazine which became the vehicle for my rantings in writing and wild imagery in drawing and painting.

At some point I have decided to become a career artist and my publishing house in Rijeka sent me to study. I was sent to an academy in Zagreb. With customary enthusiasm I lost my way to the academy and deviate to a flight from communism as it was putting a great deal of pressure on my psychological development. My decision to escape from communism proved to be unsuccessful and I was caught escaping from Yugoslavia at the time, which such a crime was no longer punishable by death. I survived jail escaped again successfully landing in Salzburg Austria where I continued my study making a livelihood from painting murals for the local brewery. I picked up many experiences and very rich employment record which inducted me towards a life dedicated to art.

I think it has all been said before, but I will reiterate in these very, very confused times in which we live. The necessity of individuality. I have a feeling that our mindset belongs more and more to collectivity even though I accept that collectivity may be an art of human development we should tandem with individuality at all costs. Conformism and compromise are not conducive to long term success nor a legacy. We must create our own signature no matter what our profession is, but the arts stand out as legacy that has to be marked by huge personalities and impossible egos. My work. When I was younger, I was living in a confusion of priorities and I used to adopt enviable weaknesses of my peers and now I have a yacht that I haven’t seen in ten years.

Perfection can be illusionary, an artist at times is a prestidigitator. To me perfection means the ability to convey an image with as few brush strokes as possible. Superficially seen paintings are very detailed in fact because of time pressures my technique is a kind of pictorial shorthand. And every time I obtain an image with one or two brush strokes I celebrate with a drink. The main thing about art to me is the ability to convey a concept, a notion, to create a persona with very few data to construct a whole museum full of paintings, in one layout.

I love composition. I had to fight for years within myself, with some false notions of simplicity until I found order, in complexity.

I have the freedom to enter into mined territory because I believe in freedom. I take risks, these territories are most of the time unchartered and that’s an obligation if an artist wants to achieve the privilege of his or her signature. Art is about originality and uniqueness and cannot be placed in art bureaucratic structure. Ideological and political constrictions are the archenemy of any an emerging artist. Look around and see how pathetic the levels of collective artistry can be – art cannot be socialistic no matter what the “elites” expect. You can create sociological works, you my at heart barrack for labor, but your art must remain liberal.

The appeal of Australia was immediate. The level of freedom in a country like Australia was so palpable and almost sensual. Australia is still in charge of its own destiny and my fervent hope is that it doesn’t succumb to dystopias which seem so fashionable these days. I found Australia to be a better place than the one I expected and yes expectations were very high. The total absence of ethnic or xenophobic sentiments was the great fillip for my previous life contusions.

I’ve created a few ideas around the theme of Croatian nationhood, it’s a great complex history that I intend to study in depth in the future feeling that the history of Croatia has not reached its pictorial peaks. Even though I’ve spent most of my life away from Croatia I don’t think anybody Croatian is less confused about Croatia than I am. We are together discovering the narrative that goes with the complex. Fraternity of various people and tribes which is Croatia. To find a unique and common language in describing visually our past is well beyond my capacity and this is why I would like to set in motion an initiative that would give momentum to visual patriotism and include all up and coming Croatian  and diaspora Croatian artists. I feel that such an initiative would bring a sense of direction and improve the horizon to the Croatians’ perception of their identity and ethnicity and history. 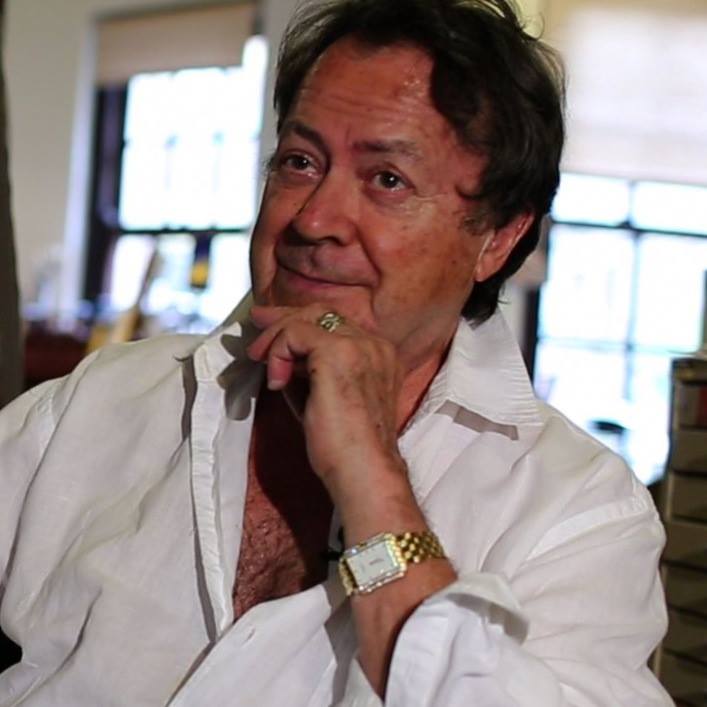 I’m fascinated by the possibility of my research and establishment of a meaningful movement towards the solidification of Croatianness.

When I paint a historic painting it doesn’t have to look as if its 500 years old, it can be contemporary painting of the past, I’m not going to camouflage a new painting into an old master so when Leonardo painted the 12 apostles they were wearing 16th century fashion not biblical rags. 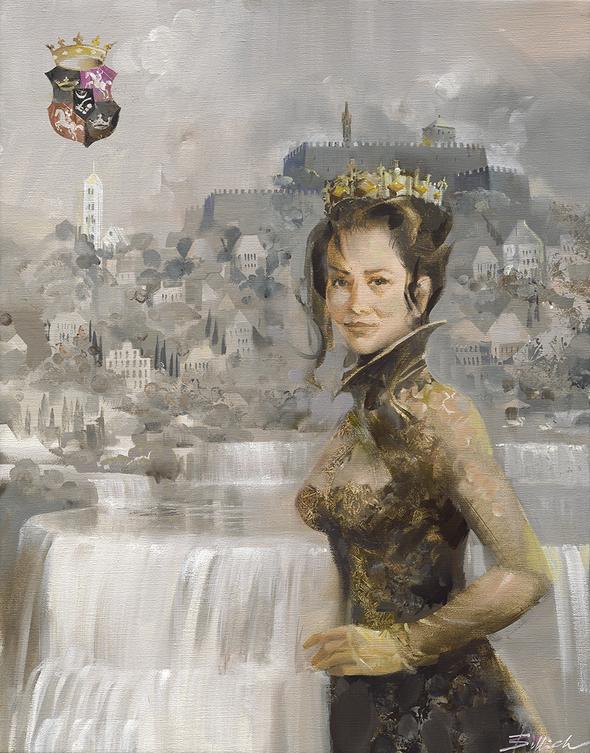 Two artists. One is Tamara von Lempicka, the queen of Art Deco, and Salvador Dali the king of surreal art. Homage to Dali by Charles Billich

The lesser you are influenced by characters in the art world the better for you, the more enhanced your freedom of vision and the better the results of your individual efforts to gain freedom. The main issue is this: it’s me and my server up there and sometime feeling like a channel doing the work for an extra-terrestrial force. We are part of a broad universe about which we have very little information, there are powers that we may wish to harness and there are mysteries which would never be revealed. The complexity of a universe is beyond man’s understanding and this is why I have to laugh at the accusations aimed at the humble complexities in my art.

Beauty is a conclusion of your upbringing, your frustrations your desires, beauty is a utopia of the eye which can never be absolute. It’s amusing that some find beauty in ugliness. I remember doing a painting of the Elephant Man and the beautiful lady who offered herself to him. You still don’t know which one was more beautiful. 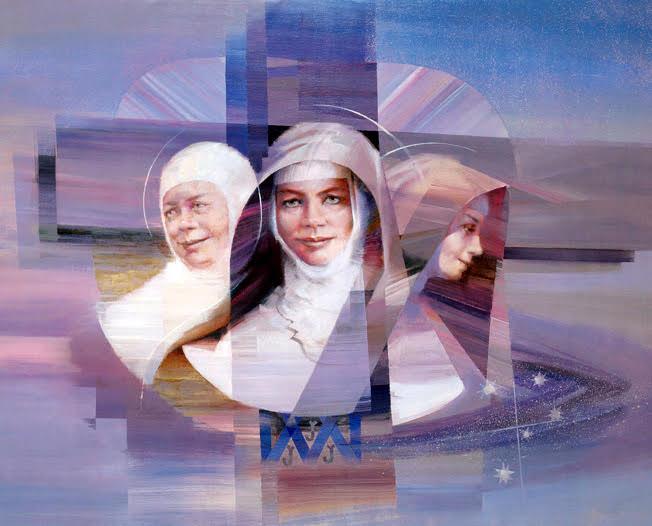 I live for my art, I live off my art, my art is my life so my existence would be without art totally meaningless and miserable. I love my family my friends, I love my wife, but I have this condition that I cannot cure, it’s obsessive, it’s demanding it’s commanding it’s full of pitfalls, disappointment, heartbreaks, but how orgasmic.

Apart from Sydney I think Croatia is one of the most beautiful places in world. I find Croatian people; I feel every Croatian is a member of my family and like in all families I have huge feuds with them and spectacular friendships. There is a sinister legacy of the old system of communism in Croatia, we have to be proactive in elimination of all the poisons that have been inoculated into the Croatian nation by the experiment with communism. We have won the battle against communism and we have created Croatia, but we haven’t won the war against the bacillus, am looking forward to a renaissance of old Croatian values.