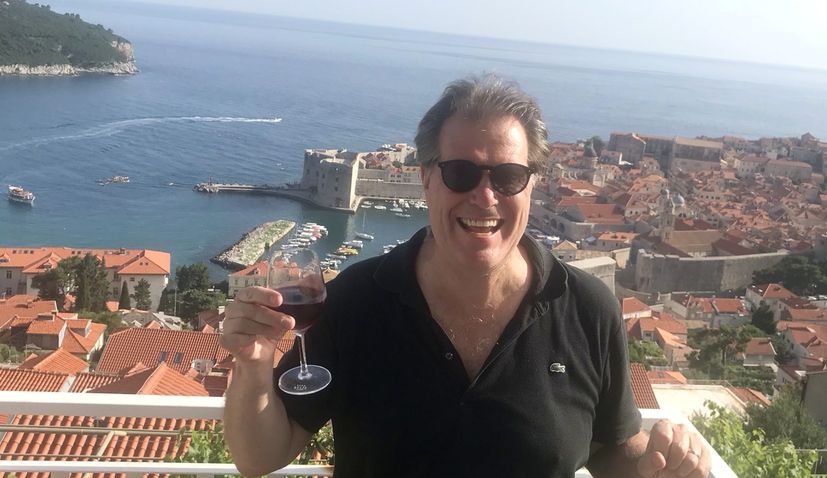 This week’s guest on the All Things Croatia podcast is Steve Rukavina.

Steve is a Croatian-American activist from Minnesota and co-founder of the National Federation of Croatian Americans Cultural Foundation.

“I am a proud Croatian-American, like so many here in the USA. I’m a second generation, my dad, who was born in the US too, raised me and installed in me a real love for Croatia,” Steve starts off revealing.

Steve says he has been “interested, involved and a real activist” for Croatia after visiting as a 17-year-old, and it was taken to another level after the war broke out in the 1990s.

Still in Washington, D.C. today and always a honor to visit the U.S. Department of State to talk with American diplomats about SE Europe topics involving the Republic of Croatia and with Bosnia and Herzegovina too! pic.twitter.com/evJiUI7t5X

“When we first started the National Federation of Croatian Americans Cultural Foundation we were seriously focused on representing our (Croatian) community in Washington DC with diplomats, congress and the different think tank foreign policy groups,” Steve explained, adding that they continue still today is to cultivate the relationship with the US State Department.

Steve is currently involved with many Croatian related projects and initiatives, both cultural and political. Among those are the recently developed Croatian American Sports Hall of Fame, 40 under 40 program, and working with the Croatian Special Olympics.

Steve was also involved in lobbying and policy work with revising the infamous double taxation agreement as well as protecting the rights of Croats in BiH in accordance with the Dayton Agreement.

In the episode, he takes a dive into some of these projects to give insight about the impact on the global Croatian community.

You can listen to the episode by clicking the play button below.