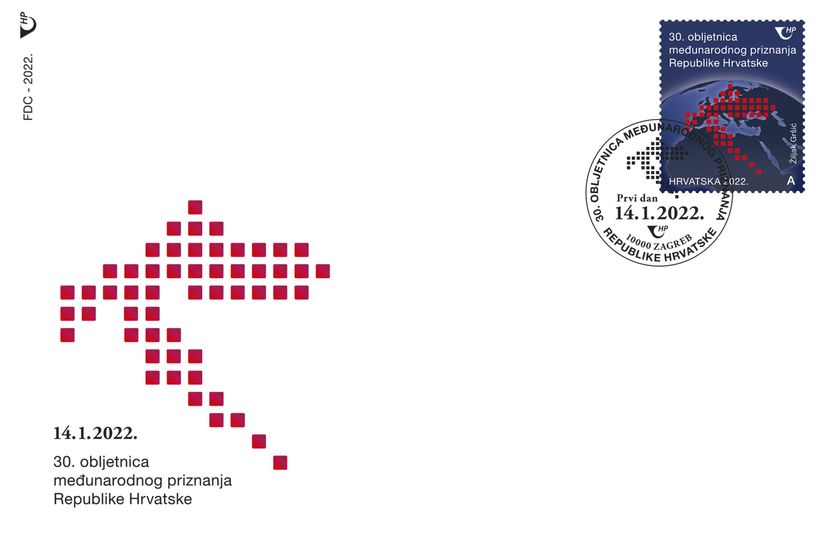 ZAGREB, 12 January 2022 – On 14 January 2022, Croatian Post will issue a new commemorative postage stamp on the occasion of the 30th anniversary of the international recognition of the Republic of Croatia.

“The inspiration for the design came from the desire to present the homeland as an equal member of the world community of states that 30 years ago brought new authentic values to the world map with stylised red squares that we are all proud of,” said Jana Ziljak Gršić. 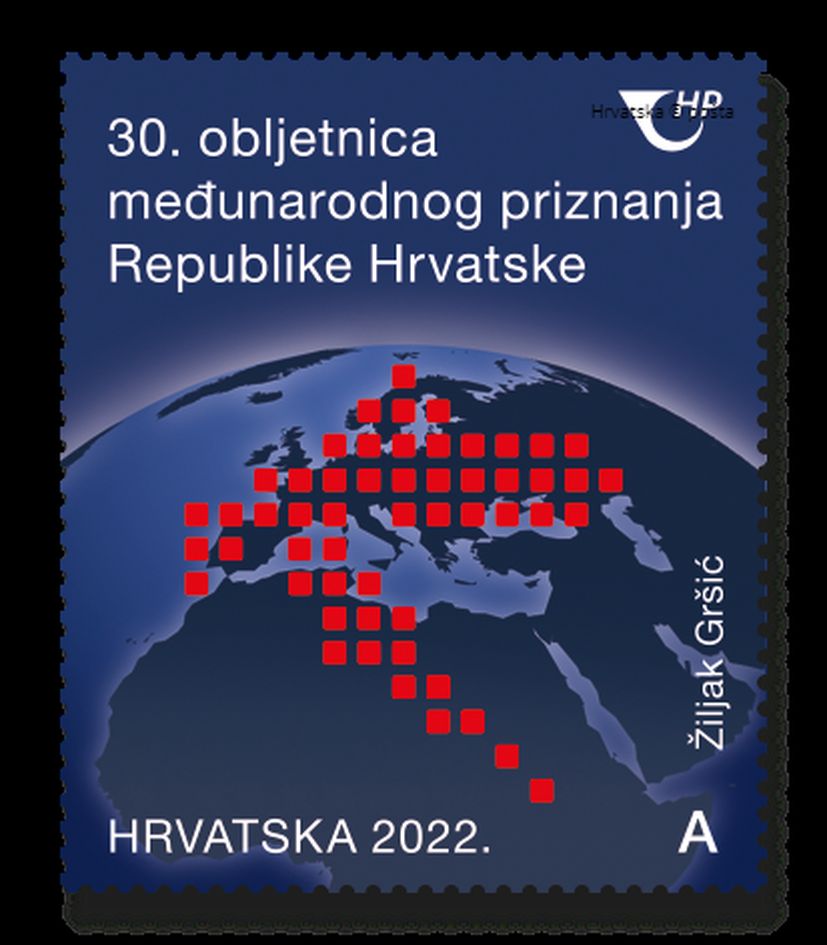 The value of the stamp is marked with the letter A, which corresponds to the amount of postage for a letter weighing up to 50 g in domestic traffic and for a local letter / postcard. The stamp was issued in a Croatian sheet of 25 stamps and with five pendants in 30 fields, and the Croatian Post also issued a First Day Cover (FDC). 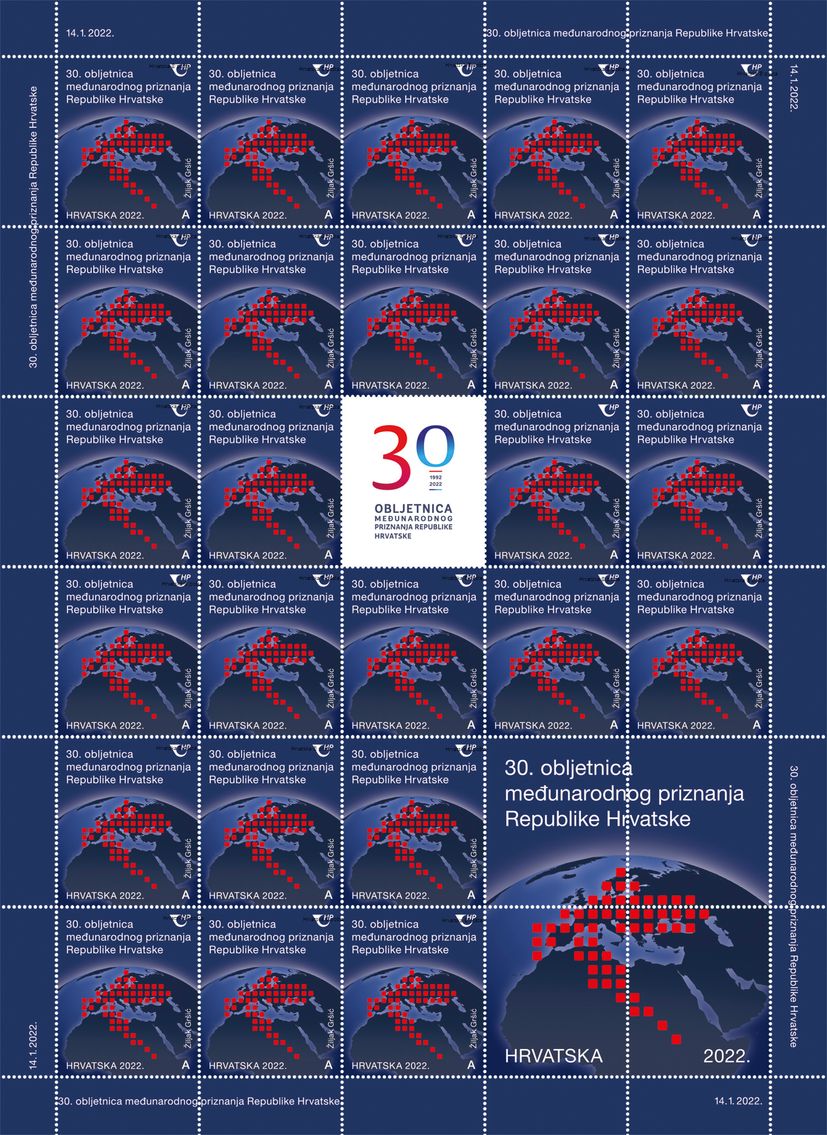 The text on the occasion of the release of the new commemorative stamp was written by Gordan Grlić Radman, Minister of Foreign and European Affairs.

Thirtieth anniversary of the international recognition of the Republic of Croatia, January 15, 2022

After the Parliament of the Republic of Croatia passed the Constitutional Decision on the Sovereignty and Independence of the Republic of Croatia on June 25, 1991, and the Decision on the Termination of State-Legal Relations with the SFRY on October 8, 1991, Croatia became an international recognised state on January 15, 1992. International recognition came in wartime conditions after Croatian military and police forces successfully defended much of the state’s territory from Greater Serbia aggression.

On 15 January 1992, the Republic of Croatia was recognised by all 12 member states of the then European Community, as well as Austria, Bulgaria, Canada, Hungary, Malta, Norway, Poland and Switzerland. Slovenia, Lithuania, Ukraine, Latvia, Iceland, Estonia, the Holy See and San Marino had done so before. By the end of January 1992, Croatia had been recognised by 44 states, and in May of the same year it was admitted to the United Nations.

For 30 years, Croatia has established itself internationally, becoming a member of the North Atlantic Treaty Organisation (NATO) and the European Union and numerous international organisations, and has made a significant contribution to building world peace by participating in peacekeeping operations.

On 15 January 2022, we also mark the 24th anniversary of the successful completion of the process of peaceful reintegration of the Croatian Danube region into the constitutional order of the Republic of Croatia.